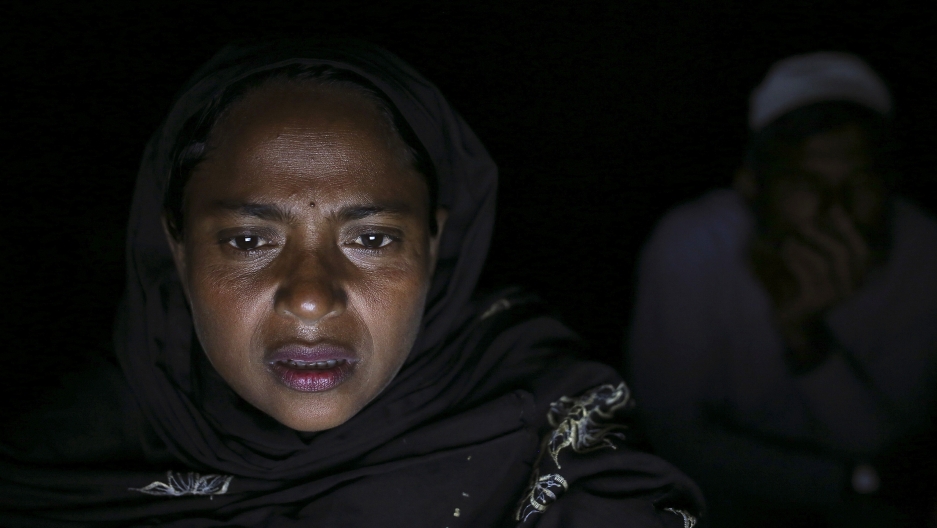 Salima, a Rohingya woman, talks to her husband, son and daughter, who are all being held by traffickers abroad, from an Internet hut in Thae Chaung village. She has to pay $600 and they discuss how to raise it.

On a recent assignment, he came across a camp in Sittwe and noticed the glow of computers inside one building. Then he heard the people inside shouting at the screens.

The photo he snapped of the Internet hut stuck with him — a face illuminated by technology with an dramatic expression of someone connecting to family in the outside world.

When Minzayar came back to take more photos in the Internet huts, he was hoping to capture images filled with the joy of loved ones seeing each other for the first time in a long while.

He encountered some smiles, but also something more serious — impoverished people desperately trying to work out the payment details for traffickers on the other end of the video call, trying to win the freedom of their family members.

"These conversations are very sensitive and intimate," he says. "Sometimes people cry and I would give them a tissue to wipe off the tears. Some women would be very worried about their families." 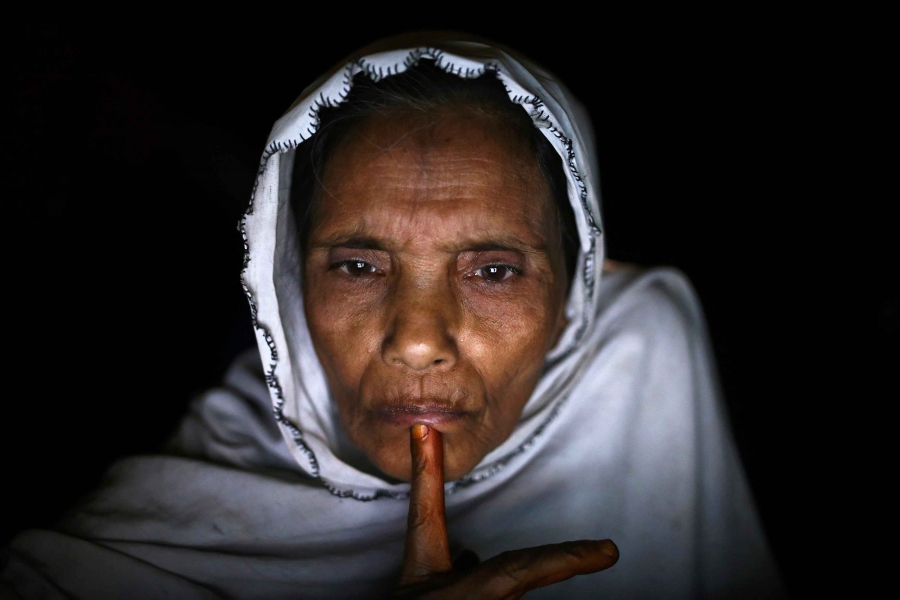 Norbanu, a 60-year-old Rohingya, speaks with her daughter's boyfriend, who is now in Indonesia, from an Internet hut in Thae Chaung village. He has broken his promise to send for her, Norbanu tells him, so she will now marry off her daughter to another man. 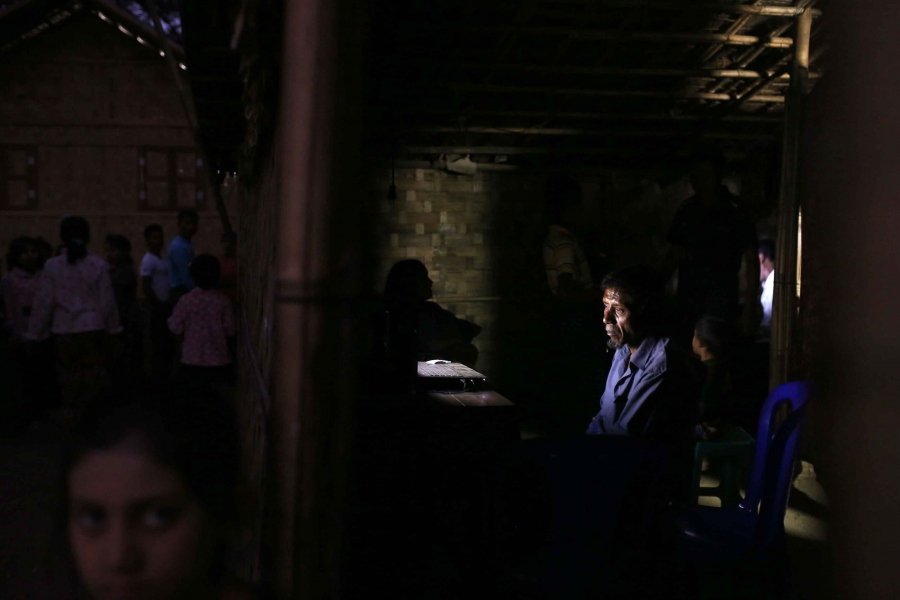 People gather in and around an Internet hut in Thae Chaung village where operators of the huts charge customers 10 cents a minute to talk to relatives who have left Rakhine State by boat to seek work overseas.

Minzayar admits that when he first started the project, he didn’t even think about the trafficking problem. He just wanted to photograph the Rohingya women speaking with their husbands working in Malaysia. It was supposed to be positive.

"Then when I actually spent time in these huts, I realized it was way more than I thought," Minzayar says. "The problems that they are dealing with are much bigger than I thought. It was a really emotional time." 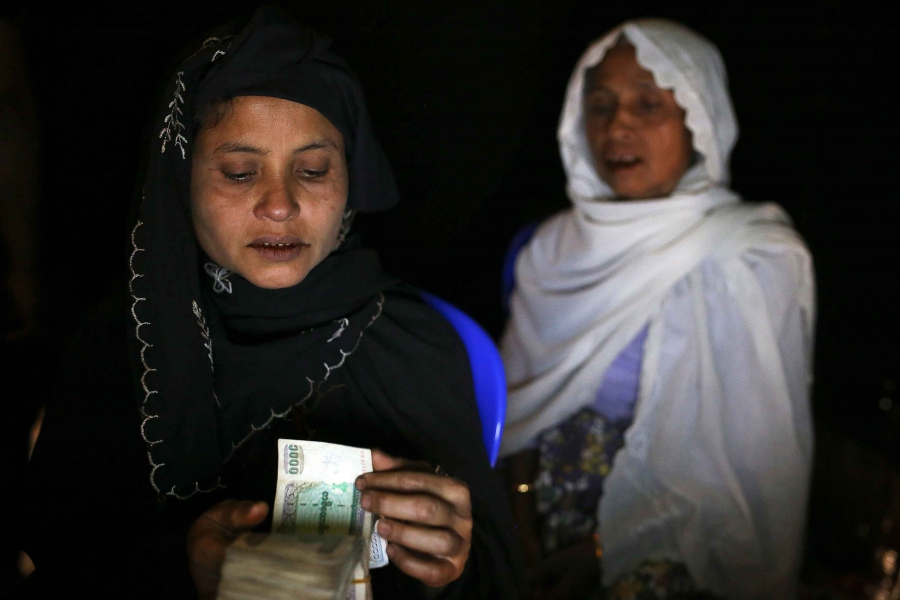 Jeweliyar, a 35-year-old Rohingya, counts out about $600 worth of Myanmar currency while her mother Toryubar, 65, watches on in an Internet hut. The money is part of a $1,500 ransom demanded for Toryubar's 23-year-old daughter, who is held by traffickers in Malaysia. Like many relatives, she entrusts the money to the Internet hut's operator, Kyaw Thein, who delivers it to a traffickers' middleman in a nearby village. Kyaw Thein says he doesn't charge for this service or deal directly with the traffickers. "They trust me," he says, "but I don't trust them." 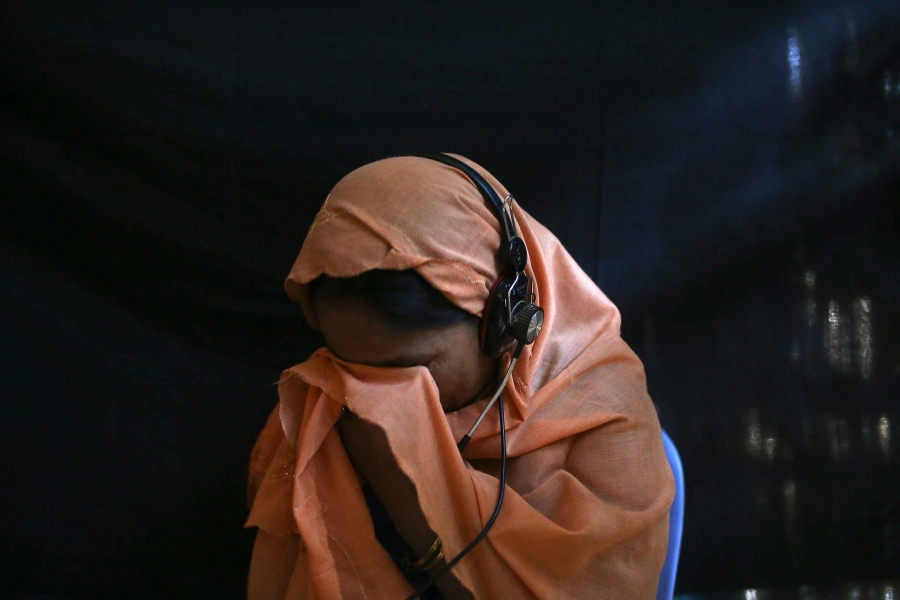 Rahana, a 32-year-old Rohingya, cries as she talks with traffickers from an Internet hut. She has already sent $1,100 to the trafficker who is holding her 12-year-old son ransom at a camp along the Thailand-Malaysia border. The trafficker wants another $300 before he will release the boy. "Let me speak to my son," Rahana tells the trafficker. A few seconds pass, then a small voice says, "Mum?" Rahana's eyes fill with tears. "I will send the money," she assures her son. "Then they will let you go."

During his several days photographing the Rohingyas in Burma he found many would really try and be strong, and hold their emotions back.

"They would try and not cry in front of their loved ones," Minzayar says. "But there’s always a breaking point and they just can’t help it and start to cry." 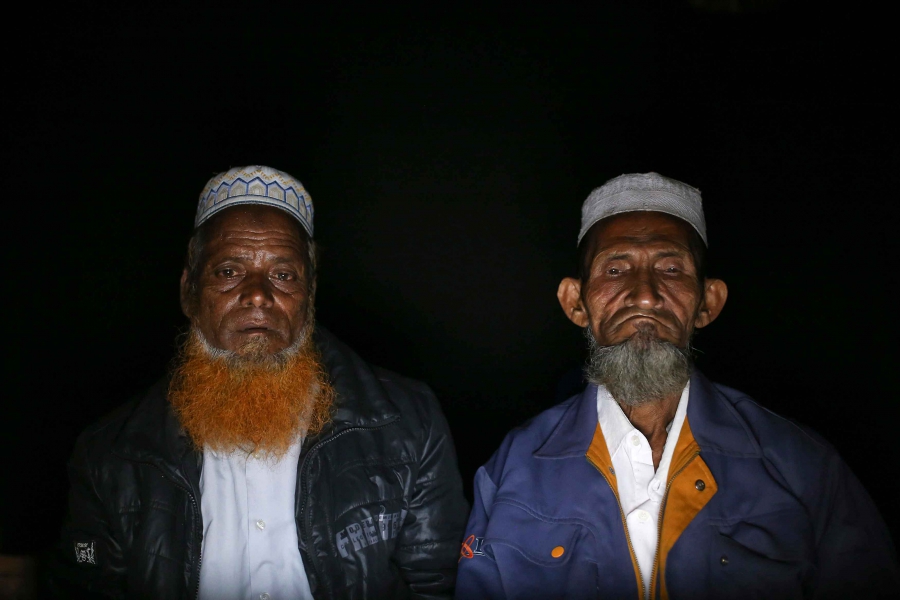 Muhammad Ali (L) and his cousin wait for the call to get through to Muhammad's son in Malaysia. The call never went through. Operators of the huts charge customers 10 cents a minute to talk to relatives who have left Rakhine State by boat to seek work overseas. 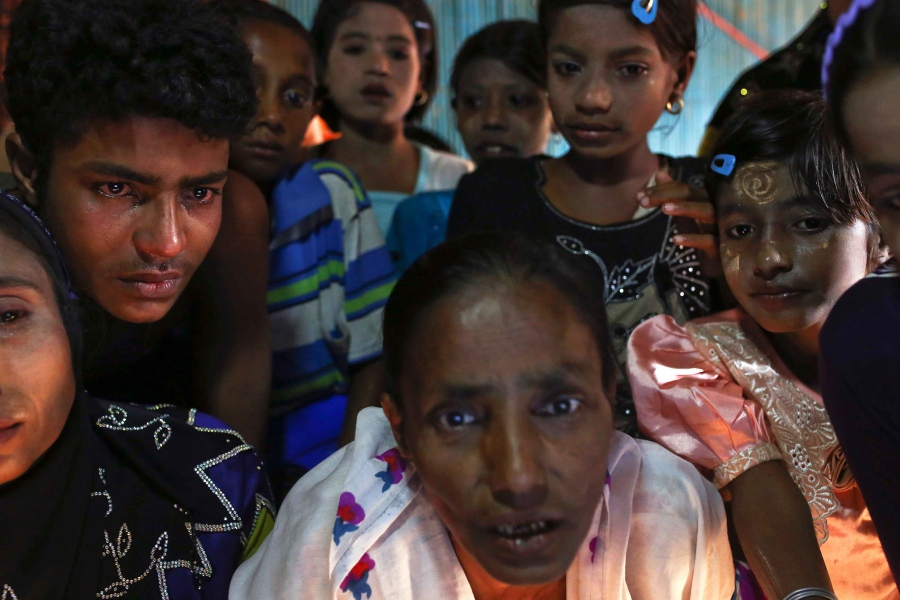 Rohingya people, some crying, video-chat with a big group of their relatives in Bangladesh.

If neighbors are cooking, the smoke from their meal will drift in.

And, when Rohingyas are in the heartbreaking negotiations to free their family members from the clutches of human traffickers, everyone can hear that as well.

"These little huts are so close together — just a few inches in-between one hut and another," Minzayar says. "You could hear the voice from the inside of the hut and you could also hear the voice of people speaking in the hut next door. There’s no privacy. But all of this is happening every day. It can be quite noisy and people around are quite used to what they are talking about." 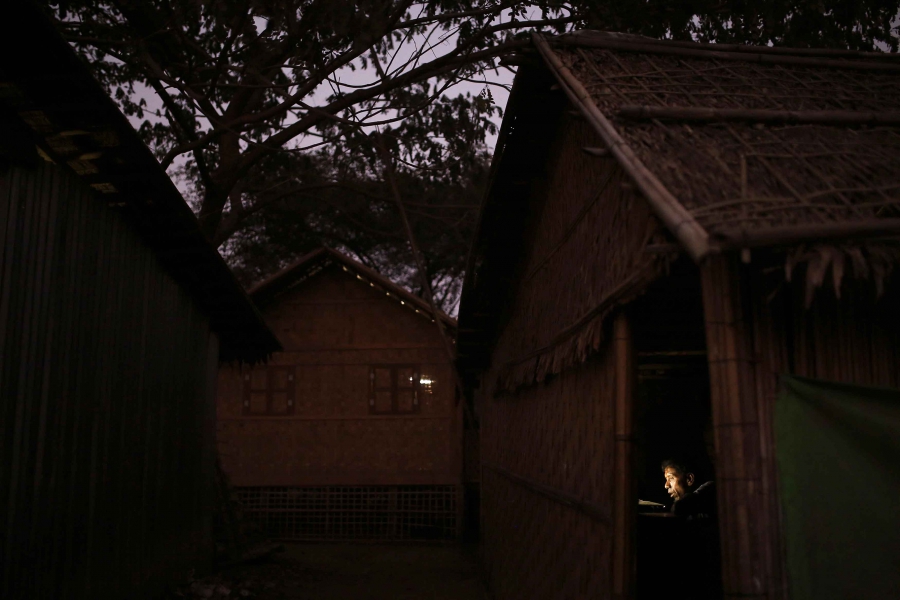 A man speaks at a computer in an internet hut in Thae Chaung village.