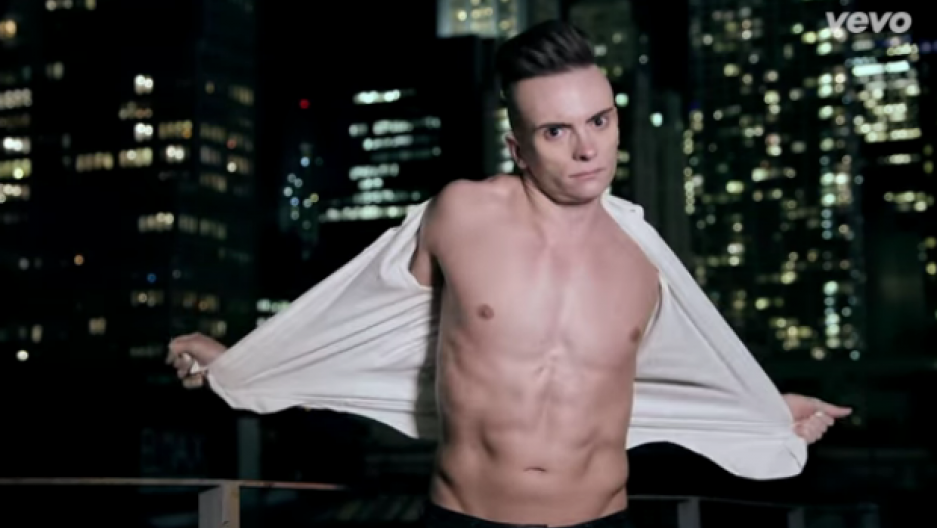 This week in "Thanks, Internet" ---aFifty Shades of Grey/Stars Wars mashup, getting to know The Sucklord, the incredibly detailed breakdown of "Total Eclipse of the Heart," junior high Prince, and pipe organist Cameron Carpenter's bizarrely gratuitous promo video.

1.Fifty Shades of Jabba the Hutt

Some years ago, Star Wars action figures influenced a guy who goes by "The Sucklord" to make bootleg action figures. He combines pieces of different toys in order to make original ones. This week, Brooklyn filmmaker Joey Garfielduploaded a pretty profane and good short about The Sucklord to Vimeo. Unsurprisingly, theartistis a character-and-a-half who has a lot to say about sexualpreferences in children's toys and the charm of super villains.

3. "Total Eclipse of the Heart" Gets ReallyBroken Down

The internet loves breaking down pop songs, whether on the lyrics annotation site Genius, the podcast Song Exploder, or in essays on Slate. This week, one of the greatest songs of all time was given the explanation it deserves when Aaron Wilde spent thirty minutes parsing every last note of "Total Eclipse of the Heart." Get the popcorn ready before you hit play.

Dave Chappelle and Charlie Murphy once (in a sketch that will live forever) suggested how good a basketball player Prince is. This week, we got some hard evidence that the incredible story might be true: a photo of Prince in his basketball gear while attending Bryant Junior High:

Another Prince-related clip from the Strib archives, looking back at his hooping days at Bryant Junior High. pic.twitter.com/LrIQZ3LhSg

5.This Is Spinal Tap Cameron Carpenter

It took us this long to discover pipe organist Cameron Carpenter, but we found him just in time to celebrate the one-year anniversary of one of the strangest videos we've ever seen on YouTube: