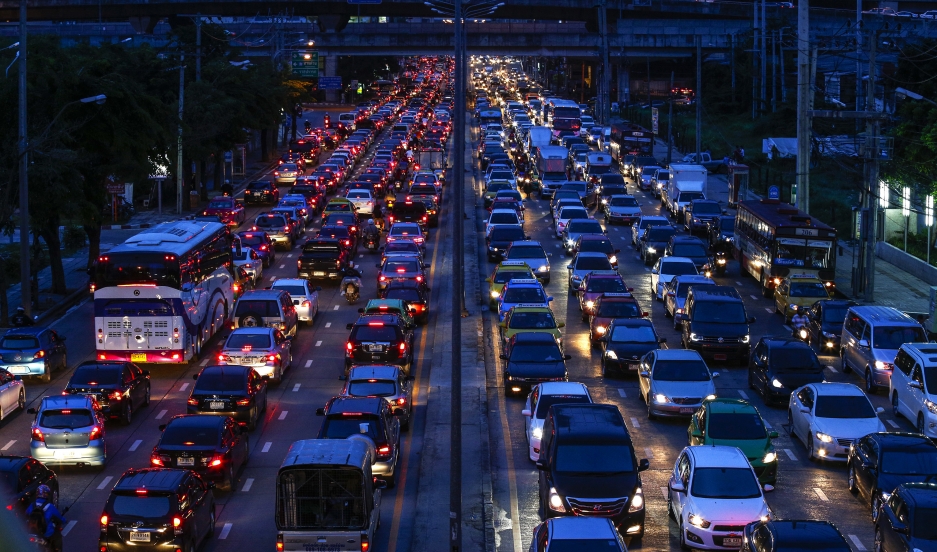 Can design bring joy to the most frustrating, annoying moments of daily life? Studio 360 asked you to tell them what terrible thing, place or experience you wanted them to transform into something joyful.

It manifested in many different ways: Driving, the subway, trains, buses — all the ways people get to work, they have problems with. But Redesigning America’s transportation systems might be a little ambitious, so our design partners focused on one aspect of the problem.

How do you find the brighter side of Mondays?

One of our producers, David Conrad, says his younger brother transformed his Monday morning routine by letting random strangers around the world call his cellphone to wake him up, using an iPhone App called Wakie.

Do you have a method for making Mondays more bearable? Share your tricks with us here or on our Facebook page.

“Nothing seems quite as ... painful as that Monday morning commute,” says Ingrid Fetell, a design director at IDEO and the author of the blog Aesthetics of Joy.

It's that phase change from a time when people can effectively do what they want to returning to the daily grind. But this redesign need not only contain itself with the Monday commute. There's lots about Mondays that people dread.

“Why do people say things like, ‘I have a case of the Mondays’? Why is Monday in general so joyless?” Fetell asks.

Over the next several weeks, Fetell and her team will work on a design to bring joy to Mondays. That’s welcome news for Dorothy Weiss of Alexandria, Virginia, who expressed her frustrations with Mondays: “Does anything say ‘joyless’ more than [the elevator] trip up to work on a Monday morning?”

Weiss herself, though, is self-employed, “in part because I just couldn’t stand those Monday mornings anymore,” she says. “I hope that I can help save Mondays for everybody else. That would be terrific.”