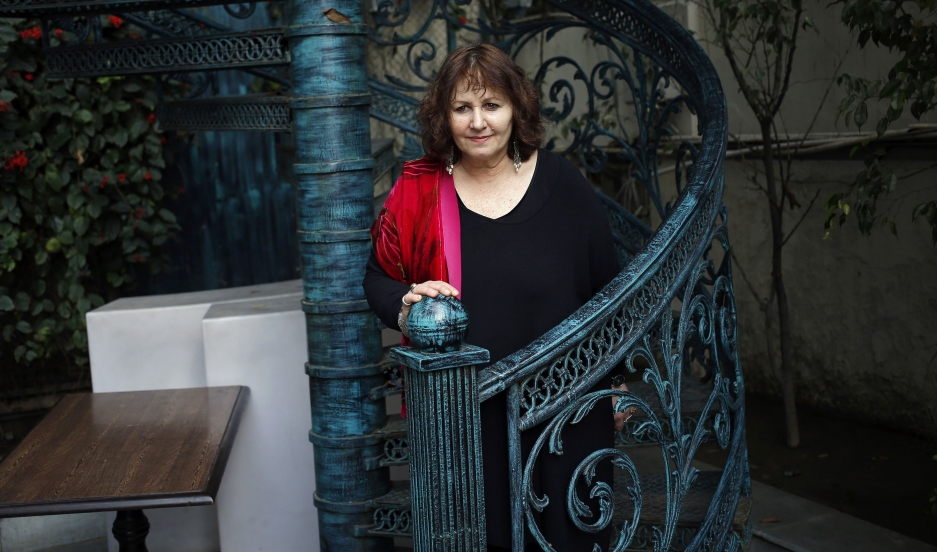 British filmmaker Leslee Udwin poses for a picture after addressing a news conference in New Delhi on Tuesday. She's now left India for fear of arrest. Udwin's film, about the fatal gang rape of a woman in New Delhi in 2012, has been banned in India.

The worldwide release of the controversial documentary "India's Daughter" was set for March 8, to mark International Women's Day. But a preview that was released Wednesday stirred such a controversy that India's government moved to halt the film's distribution entirely, and the film's producer moved up its release in Britain to Wednesday night.

The documentary, produced by the BBC and Storyville, explores the controversy and judicial case surrounding the fatal gang rape of a 23 year-old student in 2012.

Government officials in India sought — and received — an injunction preventing the film's release and prohibiting the publication of printed excerpts. The documentary contains in-depth interviews with one of the six convicted rapists — a not-at-all-contrite Mukesh Singh, who is currently on death row.

"The people who are saying this must not be seen, have not seen it," said film director Leslee Udwin. "Let them spend one hour and see it and all of this nonsense will fall away because there is no ground, whatsoever to ban this film. It’s a responsible film, it's in the public interest — it must be seen."

Now back in her London home, Udwin fled India out of fear of being arrested. Singh's comments during his interview show no remorse for his actions. At one point he tells Udwin that the victim should not have fought back while she was being raped.

Despite pressure from the Indian government, the BBC aired documentary on the BBC4 channel Wednesday night. But Udwin is pleading with Indian officials to air the documentary in the country where it was made.

"I was shocked to learn my film was banned and — more than shocked — I’m desperately, desperately worried because I made this film out of gratitude to the Indian people who came out onto the streets in unprecedented vast numbers to fight for my rights as a woman," Udwin said.

The controversy surrounding the documentary covers a lot of ground — from an air date while Singh and the other convicted rapists await appeals to the fact that Udwin is a British "outsider" creating this film — raising the specter of colonialism.

Udwin doesn't challenge that. But she doesn't think it germane.

"I went [to India] with the best intentions. I actually went out of positive admiration for a country that was leading the world by example. It’s very ironic that the reaction of the authorities there has turned that around and will result in ... other countries pointing fingers at India. That was not the point of the exercise and I believe that it can still be stopped and must be stopped, I’m continuously urging Prime Minister Modi to please watch the documentary. All fears will fall away."

In press conferences in Delhi, Udwin said she wanted her film to tackle the issue of gender discrimination around the world — and that this case in India is an example of a global epidemic.

"This is not an India problem," she said on Thursday. "I really need to stress that it is a problem that I have experienced — and I’ve lived in a number of countries — and every country I’ve lived in it’s a question of degree. It’s just expressed differently depending on which culture it is."

"If you have in your society such an evil spread of the cancer that is gender inequality, you need to face it. You need to examine it. There’s no point in burying your head in the sand and wishing it away or giving the death penalty to a few of them and think, 'Well that’s the end of the problem, we’ve gotten rid of the bad apples in the barrel.' It’s the barrel that is rotten! And we have to address this now and we have to address this globally."

For now, the Indian government is firm in its ban of the film and has asked the BBC to remove the film from any global websites, like YouTube — where some users have been posting the film as quickly as it's taken down.