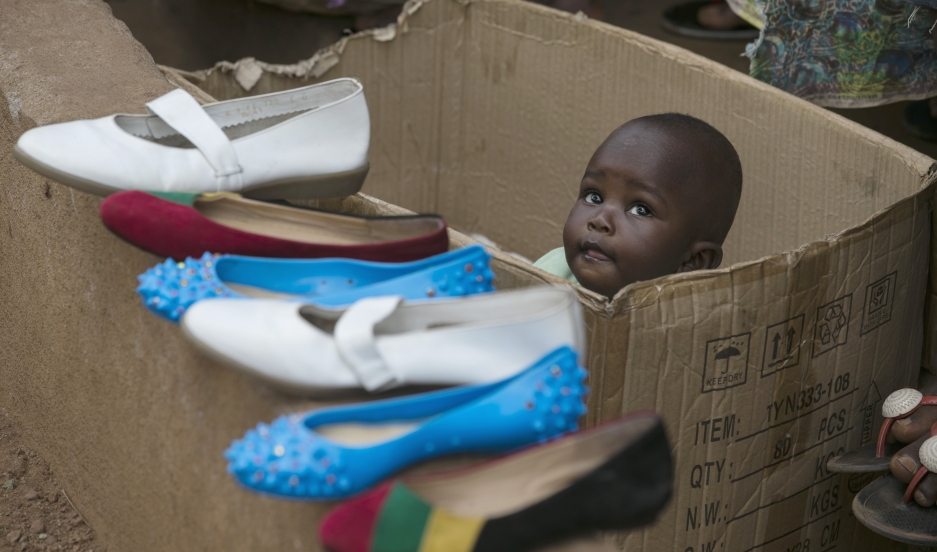 A baby looks out of a box at an outdoor market in Devils Hole, Sierra Leone. A new report suggests Ebola has created 12,000 orphans in the West African country.

When New York Times correspondent Sheri Fink witnessed a new flare-up of Ebola in Sierra Leone last month, she was taken back by the number of student volunteers fanning out in the slums to help track down new cases of the virus.

With Sierra Leone's schools closed since the epidemic began last spring, students are especially motivated to bring a halt to its spread. "They're just so passionate, so inspiring," Fink says. "It's almost like you get the same story from everyone you ask: 'This is my country, I'm doing this not for money ... I'm doing this to try to get Ebola out of my country.'"

Authorities in Sierra Leone are worried that when classes resume later this year, far fewer volunteers will be available for public education projects.

Here are a few resource pages that the BBC, New York Times and CNN created last year, listing organizations that have been working to end Ebola in West Africa.

"There's a lot of concern among the public health officials about what will happen if [they] do open schools," Fink says. "They're going to be carrying their schoolbooks back to school rather than hitting the streets everyday with these prevention messages."

Ebola cases had fallen in Sierra Leone in recent months, and the country seemed to be on track to eradicate the virus. Then a new flare-up began in early February when an infected fishermen docked at a Freetown wharf called Tamba Kula, which is also a shantytown. The virus moved through the slum and then spread to a village called Rosanda, which Fink visited.

What is it like to cover the Ebola outbreak?

You can find Sheri's most recent article on the outbreak in Sierra Leone here, or read a November Q&A with her on what it's like to cover the Ebola outbreak.

"Just person after person got sick all of last week," she says. "Every day the ambulances bumped down these dirt roads to pick up children and women and men who had been sickened, all from this one individual who had left this area of Tamba Kula."

Fink says scientists are calling the flare-ups like this one "bumps in the road" in the effort to reach zero Ebola patients.

"They were saying 'Yeah, sometimes problems that were hidden when you had a raging outbreak become clear when you're down to just a few cases,'" Fink says. "Here we saw maritime spread that really isn't something that we've talked about before, the difficulty of controlling wooden fishing boats going out. So now there's a big effort to catalog those boats and mark down who's going out and where they're going and when they come back."

The Center for Disease Control and Prevention has launched an Ebola awareness campaign for American and West African audiences. You can see the full inventory of infographics they have created here.

And efforts are now being made to test fisherman when they return from voyages — but some will always fall through the cracks. That's where the highly-motivated volunteers are crucial.