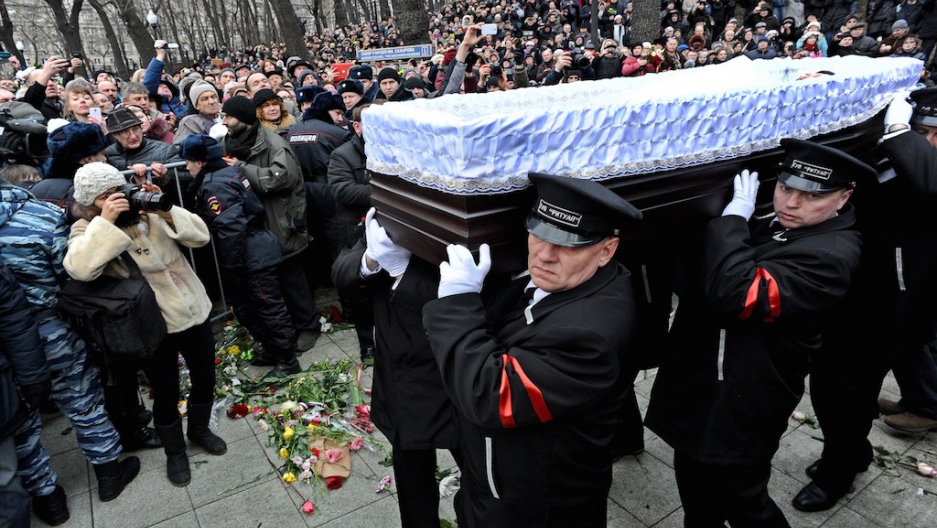 MOSCOW, Russia — Thousands of Russians, many carrying red carnations, on Tuesday filed past the coffin of Boris Nemtsov, the Kremlin critic whose killing last week, friends say, showed the hazards of speaking out against Russian President Vladimir Putin.

Aides to Putin deny any involvement in killing Nemtsov, who was shot in the back four times on Friday within sight of the Kremlin walls.

"The shots were fired not only at Nemtsov but at all of us, at democracy in Russia," Gennady Gudkov, a prominent Kremlin opponent, said in a speech delivered next to the coffin.

"We never thought this could happen, but it did. Rest in peace my friend, your work will be continued."

Moscow barred two EU politicians from attending the funeral: Bogdan Borusewicz, the speaker of Poland's upper house of parliament, and Sandra Kalniete, a Latvian member of the European parliament and a former Latvian foreign minister. It did not give explanations for refusing entry into Russia to the two officials, but said some Europeans were on a blacklist drawn up in retaliation for Western travel restrictions imposed on Russians close to the Kremlin.