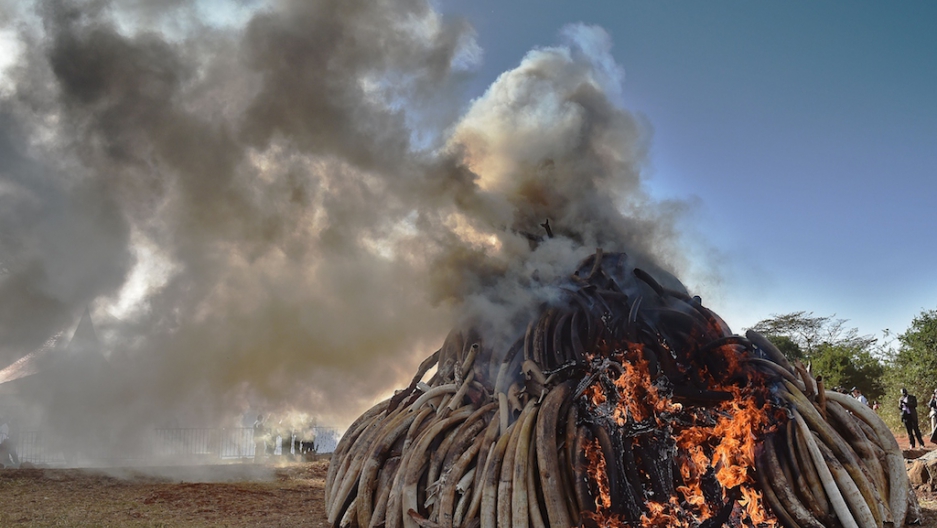 Kenya burnt 15 tons of ivory on Tuesday and promised to destroy all of its stockpile this year, the latest step in its campaign against elephant poaching.

Poaching has surged in the last few years across sub-Saharan Africa, where gangs kill elephants and rhinos to feed Asian demand for ivory and horns for use in folk medicines.

More from GlobalPost: The claim that illegal ivory is funding a major terror group in Africa may not be true

"As part of Kenya’s continued policy to put ivory beyond economic use ... I will today burn 15 tons of ivory at this historic site in Nairobi National Park," President Uhuru Kenyatta said during a ceremony at the park. "In order to underline our determination to eradicate poaching, my government shall burn the rest of the stockpile within this year."

The ceremony was to mark the African Union-designated Wangari Maathai Day, in honor of the late environmentalist and Nobel Peace Prize Laureate, and the World Wildlife Day.