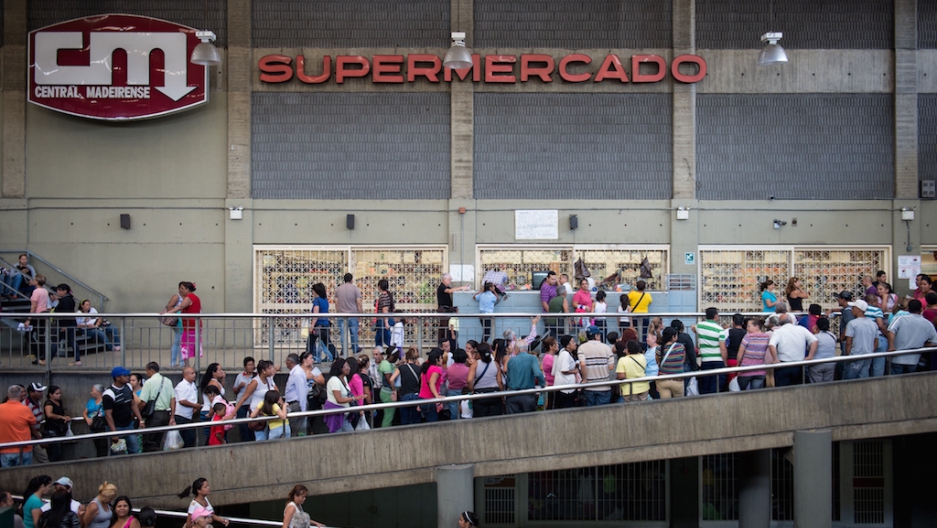 LIMA, Peru — How did it all go so horribly wrong?

Back in 1998, when Hugo Chavez was first elected president, many Venezuelans’ expectations could not have been higher.

The burly former paratrooper vowed to end the politics that had allowed corruption to thrive and vast oil wealth to fritter away. More than anything else, Chavez gave a voice — arguably for the first time in the South American nation’s history — to the poor majority.

Seventeen years later, the economy is in shambles, and Chavez’s handpicked successor, President Nicolas Maduro, is locking up store owners and opposition leaders, drawing angry protesters into the streets. The death toll increased again last week when a 14-year-old schoolboy was shot in the head, reportedly by police. Maduro is even slapping sanctions on US politicians that criticize the repression.

The mayor of the capital Caracas, Antonio Ledezma, was detained Feb. 19 and charged the next day for “conspiring” against President Maduro in a United States-backed coup plot. He denies the charge.

The footage of the arrest is dramatic, and spread quickly online (the clip below was uploaded to YouTube by euronews).

His wife told Reuters Maduro is “panicked by the opposition.” The US government described it as an attempt to “distract attention from the country’s economic and political problems.”

Venezuelans are enduring shortages of food and medicine and inflation near 70 percent, while the authorities recently let the currency, the bolivar, plunge by more than two-thirds.

Their president is hurting, too — his approval rating sank to 22 percent in a Datanalisis poll in January.

A controversial figure and vocal government critic, Ledezma is just one of the latest high-profile targets. Another is Leopoldo Lopez, who has sat in prison for a year accused of inciting massive anti-government violence. More than 42 percent of the country’s opposition mayors face some kind of legal action, a national city halls association said.

How did it come to this?

Here's a timeline showing the descent of Chavez’s “Bolivarian” socialist revolution into repression and economic disaster.

Paratroop Lt. Col. Hugo Chavez bursts onto the scene when he leads a failed coup against an elected government that had overseen the bloody repression of street protests against a gasoline price hike. Chavez is jailed — but not forgotten by many grateful Venezuelans.

Hugo Chavez talking to reporters on March 26, 1994, after he was freed from jail.

Chavez is freed. President Rafael Caldera dismisses the charges but discharges Chavez and other mutinous officers from the military.

Chavez is elected president. He promises a "third way" between capitalism and socialism.

Chavez supporters win 122 of 128 seats in a constituent assembly, allowing the president to rewrite the constitution. He eliminates the senate, lengthens the presidential term from five to six years, and renames the country the "Bolivarian Republic of Venezuela" after his idol Simon Bolivar, the inspiration behind most of Latin America's independence from Spain.

Chavez is briefly taken prisoner during a failed coup led by business leaders and dissident generals. President George W. Bush’s White House swiftly publicly backs the coup plotters — only to end up badly wrong-footed when Chavez triumphantly returns to office. It comes less than two years after he is re-elected under the new constitution and in response to anti-Chavez protests that ended in gunfire.

Unions, business leaders, political parties and thousands of workers at state oil company PDVSA strike to demand an immediate referendum on whether Chavez should leave office. It peters out after two months.

Chavez stamps his authority on PDVSA by firing seven senior executives and 18,000 workers for participating in the strike.

Chavez and Cuba’s Fidel Castro sign a cooperation agreement that eventually gives birth to the Bolivarian Alliance of the Americas, or ALBA, a bloc of largely leftist, anti-Washington governments including Bolivia, Ecuador and Nicaragua.

Chavez’s most famous moment comes as he gives a speech to the United Nations General Assembly, in which he calls George W. Bush “the devil.” With much of Latin America appalled by the US-led invasion of Iraq, the comment sparks mirth, and even toasts, around the world.

Chavez wins re-election to his second six-year term. Now at the height of his powers, the president talks openly about his grandiose plans to unify Latin America.

The national assembly gives Chavez sweeping powers to rule by decree. With the price of oil, which accounts for most of Venezuela’s exports, heading up to $100 a barrel, Chavez lavishes cash on anti-poverty programs like never before. Critics warn the spree is unsustainable.

Venezuela’s oldest TV station, Radio Caracas Television, a longtime Chavez critic, falls silent after the government decides against renewing its broadcast license. The move marks the start of a policy of systematically squeezing out of business, or taking over, media outlets that question the government.

Chavez boots out the US ambassador, accusing him of plotting against the government. That same month, he also expels independent researchers from Human Rights Watch, in a portent of the abuses that his government and that of his successor, Nicolas Maduro, would increasingly commit.

Voters approve an end to term limits, paving the way for Chavez to rule indefinitely.

Chavez heads to Cuba for surgery to remove an abscess from his pelvis. Three weeks later he confirms on TV that the tumor was cancerous.

The president says he has successfully completed a course of chemotherapy.

On hearing of Col. Muammar Gaddafi’s death, Chavez describes the brutal Libyan dictator as a “liberator” and “martyr.”

Chavez reveals doctors have told him the cancer has returned.

Chavez wins re-election again, three months after declaring himself “totally free” of cancer — to the skepticism of some of his critics.

The president announces that his cancer has returned. In the same TV address, he names his Vice President Nicolas Maduro, a former bus driver and union leader, as his political heir. This is the last time Chavez is seen in public. Two days later he undergoes major surgery in Cuba.

Officials announce Chavez’s death. To this day, they have yet to reveal the type of cancer that killed him. Maduro is sworn in as interim president, pending elections. Mourners at the funeral include longtime Chavez ally Mahmoud Ahmadinejad, then the Iranian president, who kisses the coffin.

Student demonstrations against violent crime quickly morph into national anti-government protests. Dozens die in clashes with security forces during the demonstrations. One opposition leader, Leopoldo Lopez, leads the charge, calling for peaceful marches to bring about the “salida” or “exit” of the government. He is arrested for allegedly orchestrating a coup and, one year later, remains behind bars. His arrest is the first of several of prominent dissidents, including two provincial mayors.

The United Nations publishes its 2013 homicide report, which confirms what long-suffering Venezuelans already know: after 15 years of Chavismo, their country is so ultra-violent it is not safe to leave home even in broad daylight. According to the numbers, Venezuela is the world’s second most murderous nation.

With inflation at 60 percent and oil prices plummeting, Maduro warns he will take unspecified “actions” against a Harvard professor who suggests Caracas might default on its national debt.

Despite having recently been declared by OPEC, the oil exporting nations’ club, as the country with the largest oil reserves — larger even than Saudi Arabia’s — Venezuela is reported to be importing crude. After 15 years of “socialist” Chavista economics, this may be the most telling sign of the shambles the country is in.

President Barack Obama signs a law that punishes Venezuelan government officials, freezing their US assets and denying them visas.

The government devalues the bolivar by 69 percent. In a televised speech on the same day, Maduro completely omits the bombshell and instead alleges that the US was on the point of sending fighter jets to bomb his presidential palace. He also approves new rules that, Human Rights Watch says, authorize the military to fire on peaceful protests. One week later, Caracas' opposition mayor Antonio Ledezma, a vocal critic of the government but not someone viewed as either a likely presidential rival or insurgency leader, is arrested. On Feb. 28, Maduro announces limits on the number of US diplomats in Venezuela and new visa requirements for American visitors. He also says he will deny visas to George W. Bush, Marco Rubio and other US politicians, calling them “terrorists.”