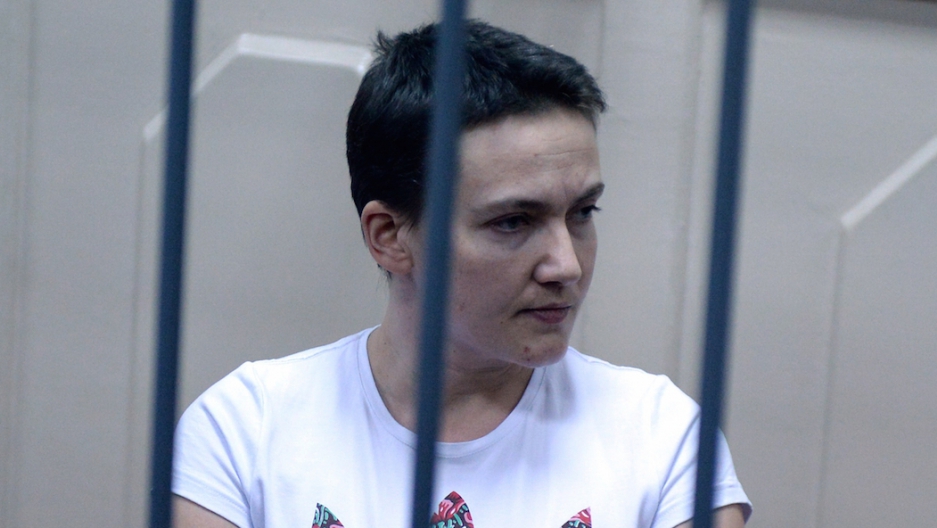 KYIV, Ukraine — In Russia, it's not uncommon for prominent political figures and dissidents to end up behind bars.

The Kremlin's latest high-profile prisoner is 33-year-old Nadiya Savchenko, Ukraine's first female pilot and a poignant symbol of national resistance for many in her home country. She has been jailed in Moscow for close to nine months.

But that's not all of it: Savchenko's been on a hunger strike for more than 75 days.

Moscow-backed separatists reportedly captured her in eastern Ukraine last summer and spirited her away to Russia to be tried for her alleged role in the deaths of two Russian journalists.

But few are buying those accusations, and many are calling for her release.

"By any standard, Russia's detention and treatment of Ms. Savchenko is unacceptable," the US State Department said in a statement Wednesday. Human rights groups as well as thousands of people across the globe are urging the Kremlin to free her.

On Sunday, supporters held an interfaith prayer service and march for the jailed pilot in the Ukrainian capital of Kyiv.

Given the worldwide outcry over her detention, keeping Savchenko in jail — and putting her on trial, no less — seems to be more trouble than it’s worth.

Despite Savchenko's denial of abetting the deaths of the Russian journalists, she's just as much a symbol for Russian officials as she is for Ukraine.

Savchenko's detention could be Moscow's way of asserting its stance against what it deems Ukrainian military belligerence, her supporters say.

"Moscow wanted to break Nadya and organize a Stalinist-type show trial in Moscow to back up their theory that the Ukrainian military commits atrocities and all kinds of crimes against humanity," her sister Vera Savchenko told The Los Angeles Times.

More from GlobalPost: Police who killed protesters at Ukraine's Maidan are still free

As a member of a volunteer battalion fighting in eastern Ukraine, Savchenko was training on the front lines of the war. But details about her entry to Russia are scarce and obscure.

Moscow says she attempted to sneak across the border as a refugee.

Her chief lawyer, Mark Feygin, has argued that Savchenko is a prisoner of war, thereby placing her beyond Russian jurisdiction.

"If she did anything wrong, she is answerable only to international justice under the laws of war," Feygin wrote in The Washington Post in December.

But Russian officials are having none of it. They claim her alleged complicity in the murder of two of the country's citizens subjects her only to Russian law.

Particularly disappointing for her supporters was when Savchenko, who was elected to parliament last October, was excluded from an all-for-all prisoner exchange between Ukraine and pro-Russian rebels, as stipulated in the latest Minsk peace accord.

"Savchenko could die in the coming days."

Some activists worry she may never see home again.

Yelena Masyuk, a member of the Kremlin's human rights council, said in a statement Friday the jailed pilot is developing "serious problems with her internal organs."

"Savchenko could die in the coming days," said Masyuk, who frequently visits her in prison.

Last week, a Moscow court refused to release her, stating that she will be held in custody until mid-May.

Nevertheless, she has vowed to continue her hunger strike until the bitter end.

In one memorable image, Savchenko holds up a drawing from inside her courtroom jail cell.

Featuring a woman in traditional Ukrainian dress, as well as the trident, the national symbol, it reads: "I was born a Ukrainian, I will die a Ukrainian."