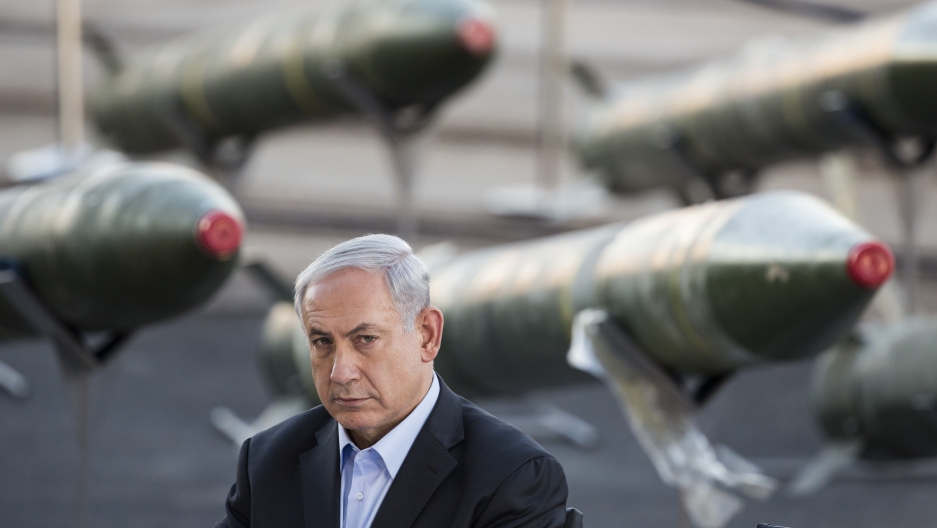 When Israeli Prime Minister Benjamin Netanyahu stood on the podium at the UN General Assembly in 2012 — a picture of a cartoon bomb in hand — and claimed that Iran was a year away from being able to build a bomb, he did so in the knowledge that his country’s own spy agency disagreed with him.

A classified Mossad report leaked to Al Jazeera and the Guardian this week revealed that its own assessment was very different from the prime minister’s.

At the time, Netanyahu told the UN: “By next spring, at most by next summer, at current enrichment rates, they will have finished the medium enrichment and move[d] on to the final stage. From there, it’s only a few months, possibly a few weeks before they get enough enriched uranium for the first bomb.”

The Mossad report, allegedly a correspondence with South Africa’s intelligence service dated just one month later, in October 2012, said Iran was “not performing the activity necessary to produce weapons”

It went further: "Even though Iran has accumulated enough 5% enriched uranium for several bombs, and has enriched some of it to 20%, it does not appear to be ready to enrich it to higher levels.”

This is not the first time Israel, or Netanyahu, has hyped the Iranian nuclear threat.

It was in 1992, when he was an MP, that Netanyahu first prophesied an imminent Iranian bomb, claiming that it was three to five years from being able to produce a nuclear weapon.

He wasn't the only one. That same year, Israeli foreign minister Shimon Peres warned that Iran would have nuclear warheads by 1999.

Later, in 2012, Netanyahu claimed again that Iran was “very close, they are six months away from being about 90 percent of having the enriched uranium for an atom bomb.”

Israel’s motivations in containing in Iran have varied over the years. The ideological differences between the the two countries are well known. And Israel has always insisted that Iran represents a mortal threat to its existence.

Today, Netanyahu has a more narrow goal in mind. The Obama administration and significant sections of the Iranian elite desire a normalisation of relations between the US and Iran, and a deal that is sellable to both side’s spoilers appears within reach, not least due to a confluence of interests over the threat of Sunni radicalism in the post Arab Spring political vacuum in Iraq, Syria and Yemen.

But it is precisely this common interest that worries Israel, which has enjoyed unbridled American support for decades; it is likely that Netanyahu sees any US detente with Iran as a zero sum game in a security configuration that will see the current balance of power in its favor eroded.

Netanyahu’s claim at the UN in 2012 came when US sensitivity to the alleged Iranian nuclear threat was particularly high, ahead of a vote in the US Congress on tightening sanctions. His warnings helped maintain suspicion in the US Congress over Iran’s intentions and thereby lubricate the passage by the US of the most stringent sanctions regime in existence.

Now, the stakes are just as high. Netanyahu is to make a speech in the US Congress next week that is designed to scupper a deal between world powers (led by the US) and Iran over its nuclear program.

Israel’s supporters in Congress, together with the Israeli government, are making a final push before the negotiation deadline of March 31 to try and end a deal that would exchange US sanctions relief for more nuclear transparency from Iran.

Next week’s address to both houses of the US Congress will be Netanyahu’s third — the only other international leader to have done so is Winston Churchill.

In his address, the prime minister will again highlight the threat of a nuclear-armed Iran, and perhaps even suggest another doomsday timeline.