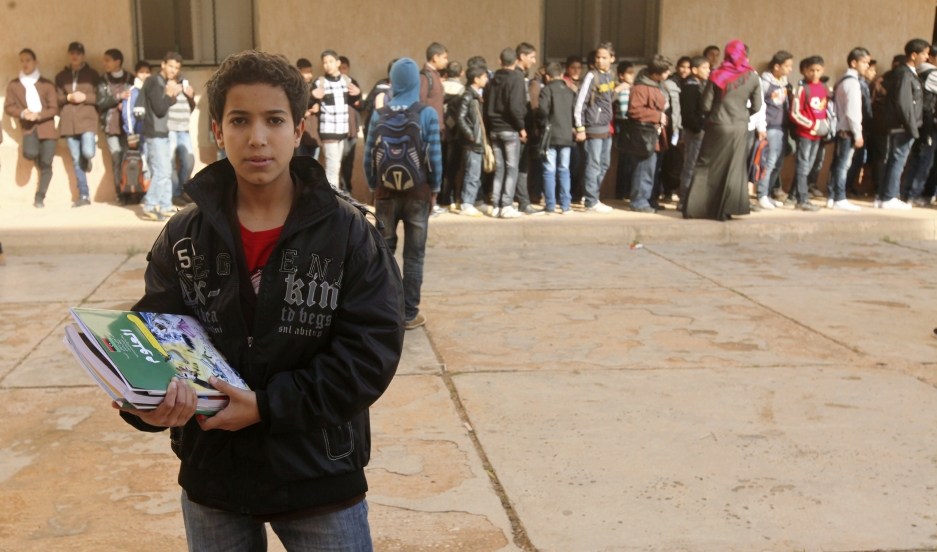 A Libyan student stands with newly received textbooks in Benghazi on January 18, 2012.

As Libya was torn apart by a revolution in 2011, Haifa El-Zahawi left the country for the United States.

Now a dentist, she's looking for jobs. But she's also devoting herself to a different project: Teaching kids back in Libya.

The volatile security situation there has kept kids out of school since October. So if kids can't get to their classrooms, El-Zahawi thought, why not bring the classroom to them? The Benghazi Skype School was born.

"We started with a personal account and a Skype," says El-Zahawi from New York. She posted about her project on social media, asking Libyans if they were able to help. Within a week, she was receiving "a really huge and positive response." She even heard from an IT company in Libya that wanted to sponsor her project.

Of course, Internet classrooms have their own problems. Patchy Internet connections are a major hurdle, as are the frequent power outages that Libyans face. "We try and make [the classes] live as much as we can, but due to the problems ... we try to record the lessons and post them online," El-Zahawi says.

But despite the challenges, the Benghazi Skype School has been a success so far. "Families send us pictures of the students doing their homework," El-Zahawi says. "They're even wearing their school uniforms."

The bigger idea behind the school, El-Zahawi says, is to bring hope to the families and kids who "really need it." She's worried about news like the recent beheading of a group of men in Libya at the hands of ISIS, and she hopes that educating Libyan children will help stop the spread of radicalization.

"We have to educate our kids," she says, "Only by learning, we can fight."