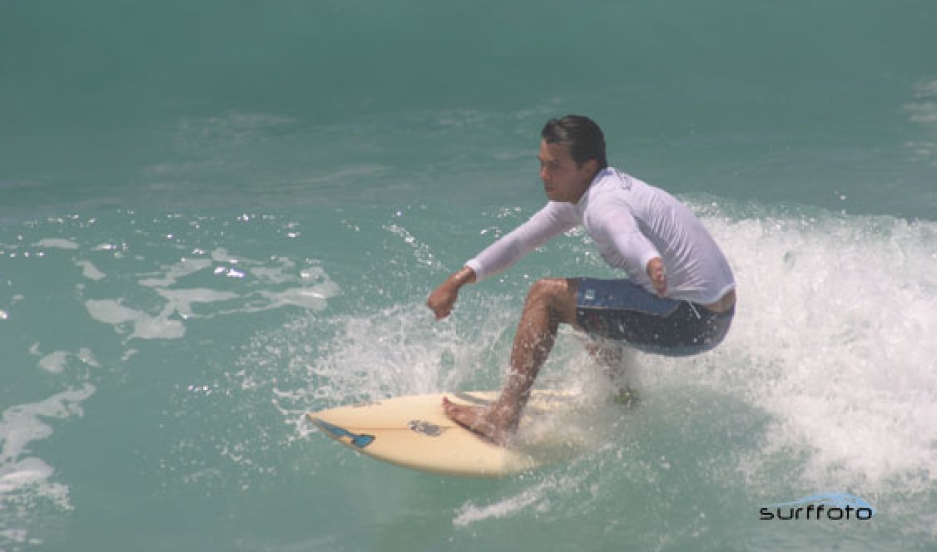 For Guido Schäffer, surfing was a religious experience.

In 2009, Schäffer was a 34-year-old seminarian who spent his free time surfing the beaches of Rio.

He’d grown up near Brazil’s Copacabana Beach and had been surfing since he was a child.

And he was known for leading prayer circles with his friends before heading out to ride the waves.

But  Schäffer's life was cut short on a sunny morning in May, 2009.

“It was the day prior to my wedding,” says Eduardo Martins, a close friend of Schäffer's. “That was supposed to be my bachelor party…it was a holiday so Guido was out of the seminary and we went to the beach and the waves were head-high – nothing that Guido wasn’t used to. As we used to do before getting in the water, we prayed together.”

Schäffer had attempted to dive his board under a large wave but was caught below it. Martins pulled Schäffer to shore but he was unable to revive him.

After Schäffer died, locals started calling him the “Surfer Angel." People would make pilgrimages to visit his tomb, many thanking him for answering their prayers. Others left molds of feet and heads indicating body parts healed through what they believed to be Schäffer‘s intercession.

And now the Catholic Church is considering him for sainthood. In January, the Vatican gave permission to Brazilian priests to collect evidence of Schäffer’s holiness and present it to the pope.

Schäffer’s remains were moved to the Our Lady of Peace Church in the town of Ipanema. His surfing buddies followed the procession in a fire truck — some holding surfboards in the air.

“Guido used to say that Jesus was really the first surfer, because he was the first to walk on the water,” says Martins. “Surfing for him was a totally heavenly experience. In the water, he could feel God, he could talk to God.”

Sainthood requires evidence of two miracles, though candidates deemed martyrs need only one for canonization. Martins says that he doesn’t know what miracles Schäffer performed during his life but he does believe that his friend should be given sainthood.

“He said that surfing a tube, riding a tube was the perfect experience because it was like being embraced by God.”