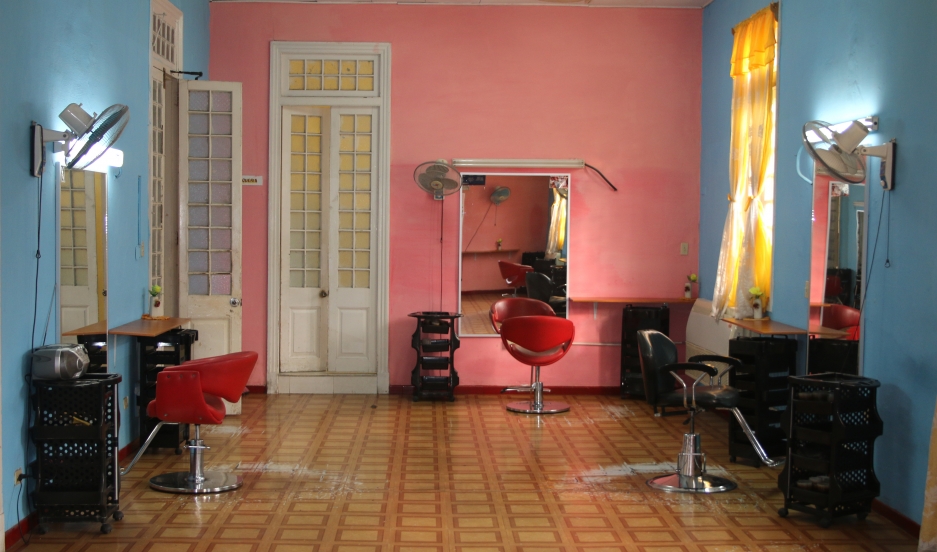 The salon at the Bella Health and Beauty Institute in the Vedado neighborhood of Havana, Cuba. Cooperative members say their first priorities are expanding services and updating the building’s infrastructure.

Over the last few years, President Raúl Castro has been slowly liberalizing Cuba’s socialist economy. The government has begun allowing small, private businesses to operate on the island. And now it’s been experimenting with turning state enterprises into cooperatives and letting the workers own and run them.

The cooperatives are seen by some as a way of opening the country up to capitalism and privatization while maintaining some of the revolution’s collectivist ideals. And so far, Cubans seem to like them. For the first time in decades, these enterprises give workers a stake in their success, and allow their members to take home the money they earn.

One such company is the Bella ll Health and Beauty Institute, a beauty salon in Havana. It used to belong to the Cuban government, but was recently converted into a cooperative. Tania Lourdez Ortiz Fernández gives facials there. She made about $14 a month when Bella was run by the government. Now she makes about $42. Plus she has a say in running the business.

“The other system we had was a little imposing, because before we had to work with the products we had here, and everything was secret,” she says. “For example, the inspector would come and the products that weren’t from here, products that I had to give good service, I had to hide them. I think a lot of people feel the same way as me, that we’re happier now than the system we had before.” 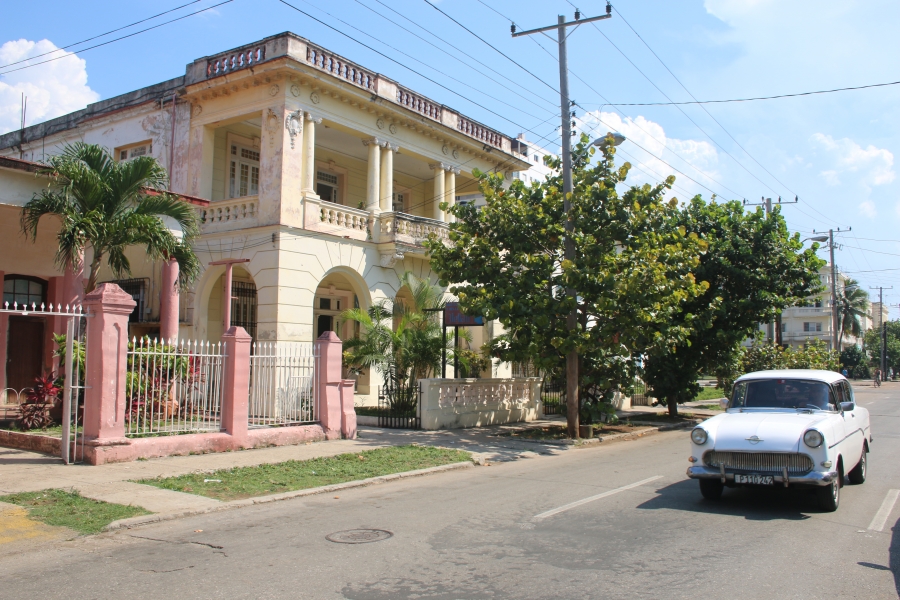 “Bella,” a beauty cooperative in the Vedado neighborhood of Havana, Cuba.

Cooperative farms have existed in Cuba since the beginning of the revolution. But this is the first time the Castro government is allowing non-agricultural co-ops to operate. That is, Cuban corporations that are not controlled by the state.

“The parent company told us what we had to do and we were obliged to do everything they imposed on us. Today, now that we’re a cooperative, we have the freedom to make our own rules. We can design everything ourselves,” she says.

Nearly 300 co-ops have opened in Cuba over the past year. They’re democratically run; the workers vote on a budget and elect a president. Cuba is divesting these state businesses because, basically, it can’t afford not to.

“The state cannot be responsible for unplugging your toilet, or fixing your car, or running the restaurants and cafeterias all over town. And that’s what they did until a year ago,” says Rafael Betancourt, an independent consultant who works with international enterprises and co-ops in Cuba. He explains that Cuba faced two choices when it decided to stop running these businesses: sell them or give them to the workers to maintain some modicum of collectivism.

One of the more popular co-ops in town is Taxi Rutero. It runs a small fleet of buses that it rents from the government on fixed routes around Havana. The co-op’s members are responsible for everything from training to repairs. 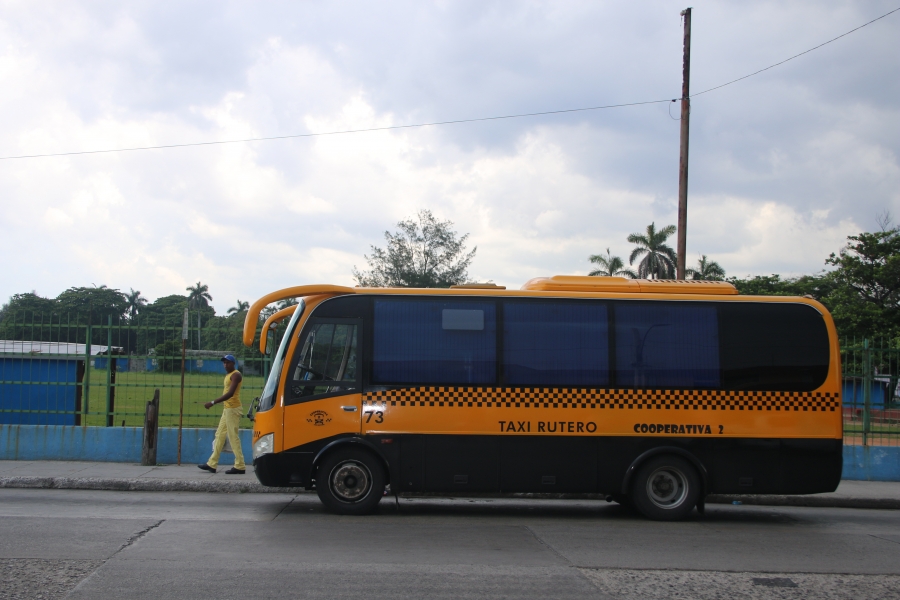 Buses from the cooperative business Taxi Rutero, like this one (above), offer Cubans a choice in transportation and are well liked by riders.

A ride on Taxi Rutero costs 23 cents, compared to the 2 cents on a government bus, which tend to be unreliable. Clients believe the higher price is worth it, citing Taxi Rutero as more comfortable than the government buses.

Its employees agree. “I make what I earn. I’m paid for the effort I put in. Because sometimes, I don’t know, there are other jobs out there where you work and work and work, and you never see the fruit of your labor,” says Taxi Rutero driver Luis León.

There are issues, he admits. It’s hard to find spare parts for the buses. The government doesn’t provide them. But even Cuba’s famous shortages aren’t likely to slow down the private sector.

It’s a sea change, according to Eric Leenson of SOL Economics, a US enterprise that promotes socially conscious business in Cuba. He predicts that soon half of Cuba’s economy will be in the private sector.

“On one hand, what has been very secure in the past is no longer so secure. On the other hand, on the upside, I would say for many people there is much more possibility of creatively engaging in building their own future. So it’s a very brusque and a very fundamental change in the mindset of how Cubans operate as economic beings,” he says. 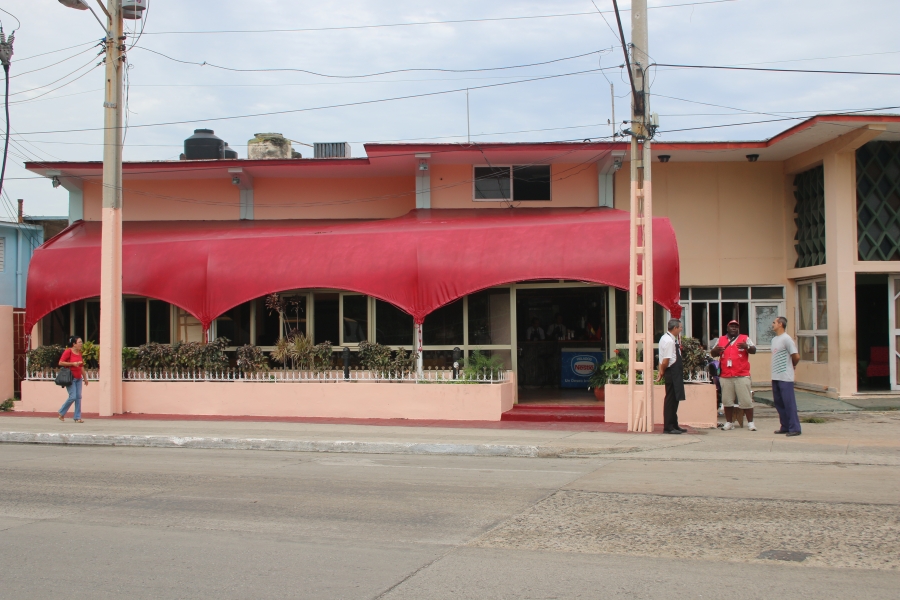 Members of the cooperative Café Nautico Bienmesabe chat outside of their restaurant in Havana, Cuba.

Evidence of this change can be seen in many of Cuba’s new cooperatives. Today is the first day of Café Nautico-Bienmesabe’s grand reopening; the first day it’s operating as a cooperative. And as it happens in Cuba, there’s a blackout. Normally, in an average government-run restaurant, employees wouldn’t be thrilled about serving customers in the dark, but here they’re cooking by candlelight.

“We’re giving the best service we can under these circumstances — drinks and some dishes that haven’t been affected by the lack of electricity,” says Café Nautico-Bienmesabe’s head waitress Luidmila Hernández.

If it succeeds, this experiment could salvage some of the character of the socialist revolution as Cuba moves forward.

“Rather than accepting the fact that we all now have to be cutthroat capitalists because that’s the only option, we’re really seeking a third route, a third path,” says Betancourt, the co-op consultant.

This social experiment is very different from the one he was living through 20 or 30 years ago. He says this time it’s about building a more democratic society, where Cubans have a greater say in their daily lives, without forgetting their past.