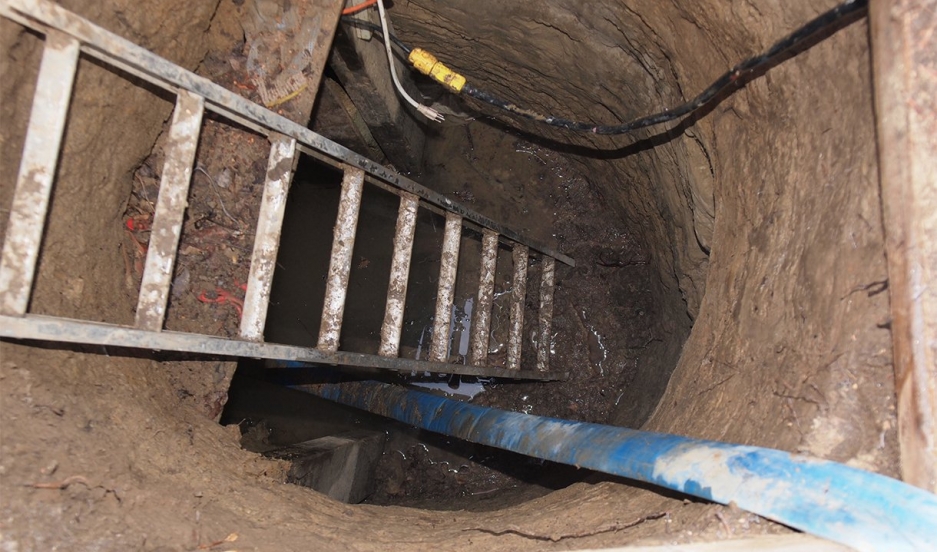 A view from the entrance of the tunnel discovered by Toronto police.

Sound proof walls, moisture resistant light bulbs and a portable generator: Those are just some of the things that Canadian police discovered inside a mysterious underground tunnel in Toronto.

A 33-foot-long underground structure was found by a Toronto and Region Conservation Officer on January 14 near the Rexall Centre Sports and Entertainment Complex on the Keele campus of York University. 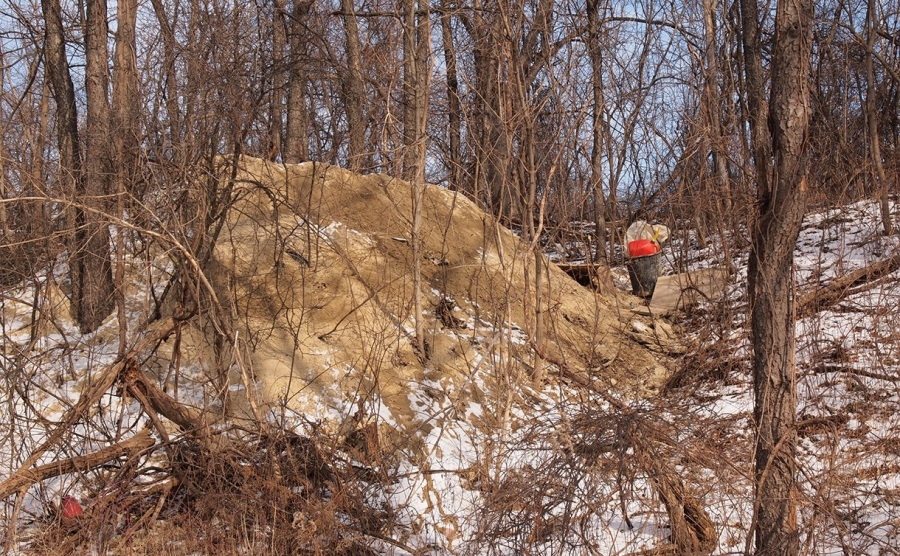 A dirt pile that drew the attention of a Canadian Conservation Officer to discover the find.
Credit: Toronto Police 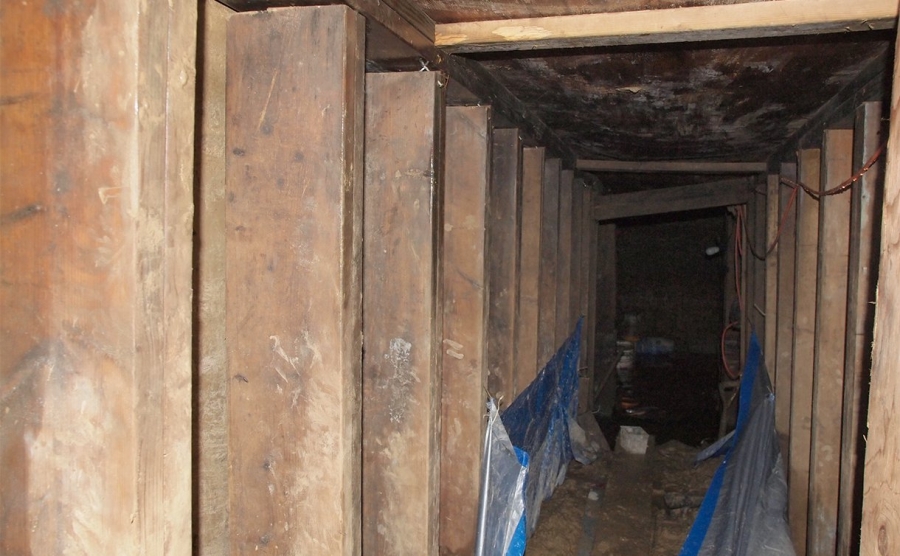 The Toronto Police Service has consulted with national and international security agencies, but so far there are no links to possible criminal activity. According to the police, there's also no evidence of machinery used in the excavation of the tunnel.

“We’re trying to find and establish who built it, why they built it and what were their intentions,” says Toronto Police Deputy Chief Mark Saunders. 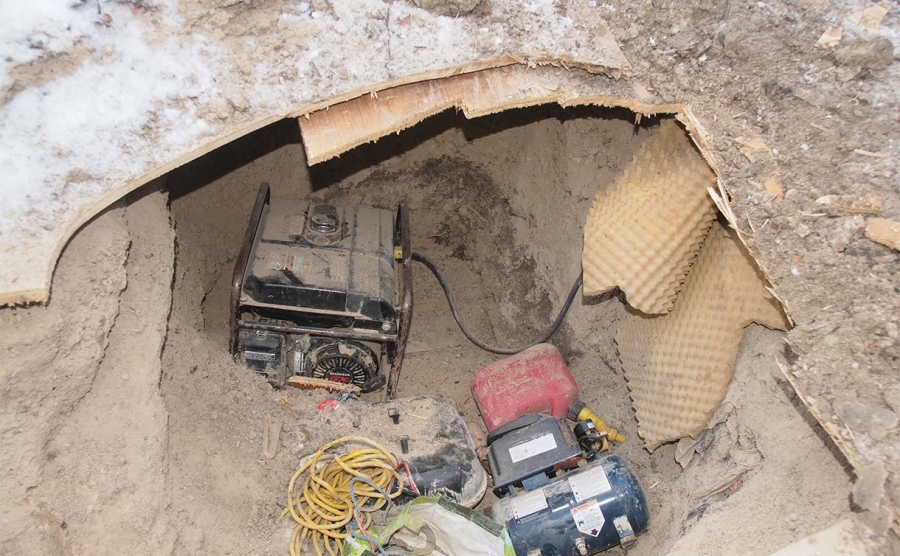 A generator discovered buried nearby that supplied electricity to the tunnel via a buried power supply.
Credit: Toronto Police

“There was also evidence of food and beverages down there,” says Lancaster, the CBC reporter. “One of the oddest pieces that was found down there were some rosary beads and a Remembrance Day poppy.” 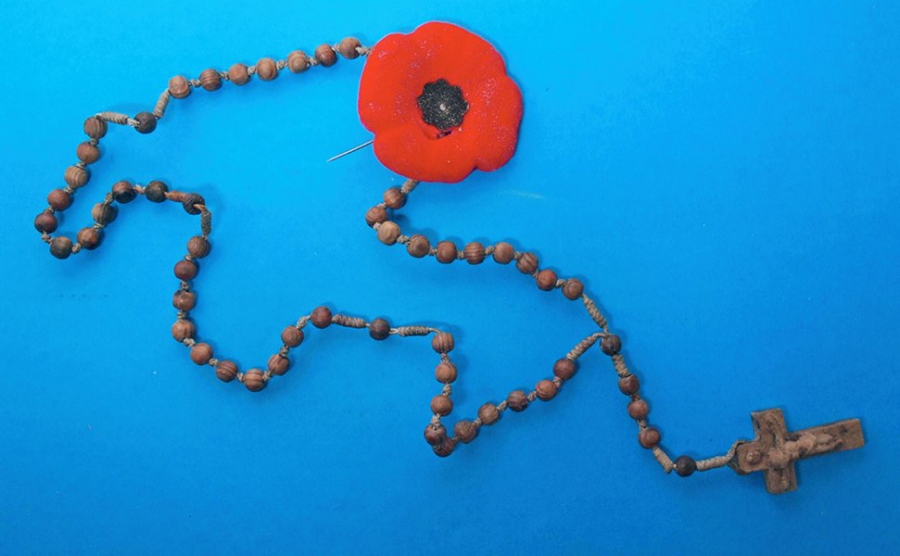 Rosary beads and a poppy found in the underground chamber.
Credit: Toronto Police

The police have since filled in the tunnel.