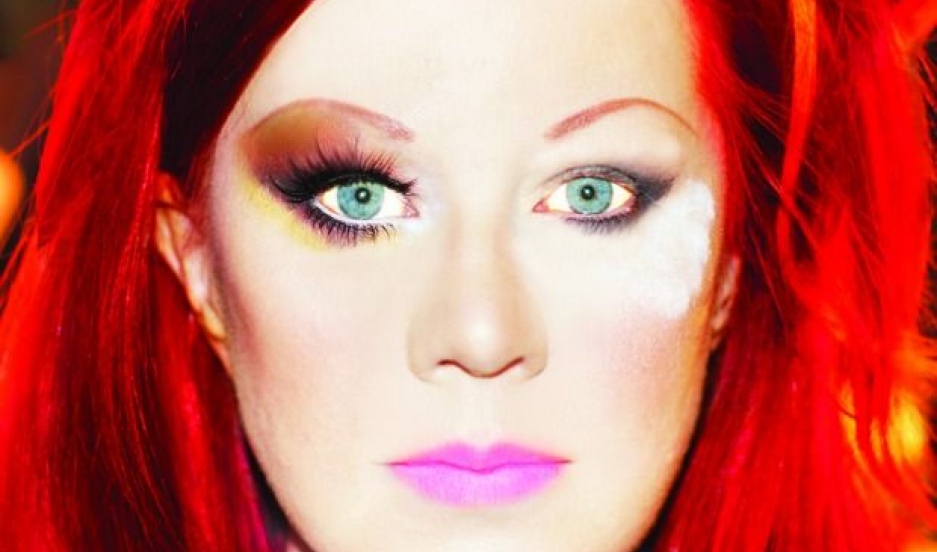 You can’t mistake a B-52s song for anything else.

The retro guitar lines, boppy rhythms, Fred Schneider’s flamboyantly barked vocals, and harmonies sung by two women with bouffant hairdos — Cindy Wilson and Kate Pierson — are one of a kind.

Pierson, the redhead, has been with The B-52s since they formed in Athens, Georgia, in 1976. She's also performed with big-name artists like Iggy Pop and REM over the years. But only now, 40 years into her music career, has Pierson made her first solo record, called "Guitars and Microphones."

So why now? “I just want to work more,” Pierson jokes. In addition to her musical career, she runs two boutique bed and breakfasts. “It’s also been something I’ve wanted to do all my life.”

Although she worked on solo material in the past, Pierson never finished a record until her friend Sia got the ball rolling. The Australian pop star and producer, who’s also worked with Beyoncé and Rihanna, collaborated with Pierson and wrote a number of songs on the record.

"Guitars and Microphones" doesn’t sound like Sia’s slick pop, though. Its playful, retro-rock sensibility echoes the B-52s. Pierson says the group's aesthetic came from an eclectic grab-bag of influences: Vogue magazine from the 60s, the films of Federico Fellini, African music, surf music and Yoko Ono.

“We [each] brought our own kind of craziness to it,” Pierson says about the original members of the B-52s. “There’s something about all of us coming together that created this genie-in-a-bottle blend.”

While other arty bands like Talking Heads, Devo and Blondie also brought a sense of humor to the early punk/New Wave scene, the B-52s seem to be singular in their constant sense of fun. On Twitter, Pierson calls them “The World’s Most Famous Party Band.” “We said as long as this is fun, we’ll still do it — and we’re still doing it," she says.

When the B-52s emerged in the late 70s, they almost single-handedly invented their own sub-genre of what was then known as New Wave music. Their retro sound, intentionally kitschy look and goofy sense of humor were all unlike any other band. But it wasn’t a “concept,” Pierson says. It just emerged from who they were, individually and collectively.

"We never sat down to conceptualize together," Pierson says. "Keith Strickland thought of the name, the B-52s, which was our nickname for the big, bullet-shaped, nose-cone, bomb-shaped hairdo that was still very much in vogue in Athens, Georgia, at that time. We used to crash parties together, and kind of hung out — and then one day we went to jam at a friend’s house, and we wrote this crazy song called Killer Bees, which we never did record. But we decided to wear wigs, and we wore fake fur pocketbooks on our heads for our first performance. It was just for fun. It was just an extension of what we did at parties."

Even though three of the four original band members were gay, Pierson says they never thought of themselves as a "queer" band. "We just thought of ourselves as just plain queer — as in eccentric," she says with a laugh.