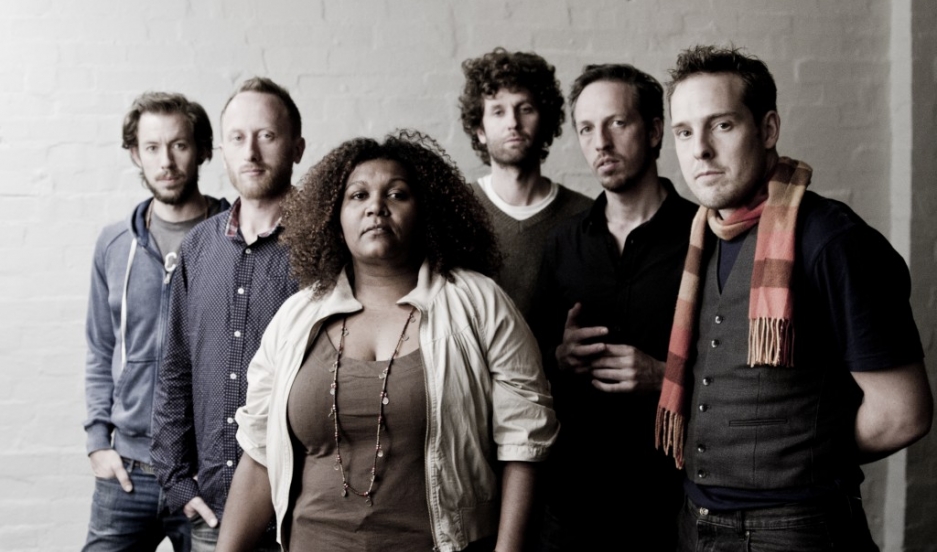 A photo of indigenous Australian singer Emma Donovan and The Putbacks, the Melbourne-based band that backs her.

Courtesy of The Putbacks

Late last year, Marco Werman and I picked "Dawn" by Emma Donovan and The Putbacks as one of our favorite music releases of 2014.

Emma is an indigenous singer from the north coast of Australia; The Putbacks are the Melbourne-based band she teamed up with.

On first listen, Donovan sounds like a life-long devotee of funk and R&B. She's often compared to Brooklyn's Sharon Jones and The Dap-Kings.

But Donovan cites a wide range of musicial influences, perhaps none bigger than American country music. She says her mom was a huge country music fan who loved Loretta Lynn and taught her to sing Tammy Wynette's "Stand By Your Man."

Her dad, meanwhile, had a huge vinyl collection of blues and what Donovan calls "blackfella music." That's a term for what we more commonly call Aboriginal or indigenous music.

Some Aboriginal musicians Donovan cites as influences include the reggae group No Fixed Address and solo musicians like Archie Roach who are part of The Black Arm Band collective.

You can hear all of these influences in Donovan's album, but it's the collaboration with The Putbacks — "an Aboriginal woman meeting Melbourne's funk band," as Donovan puts it — that makes it truly unique.