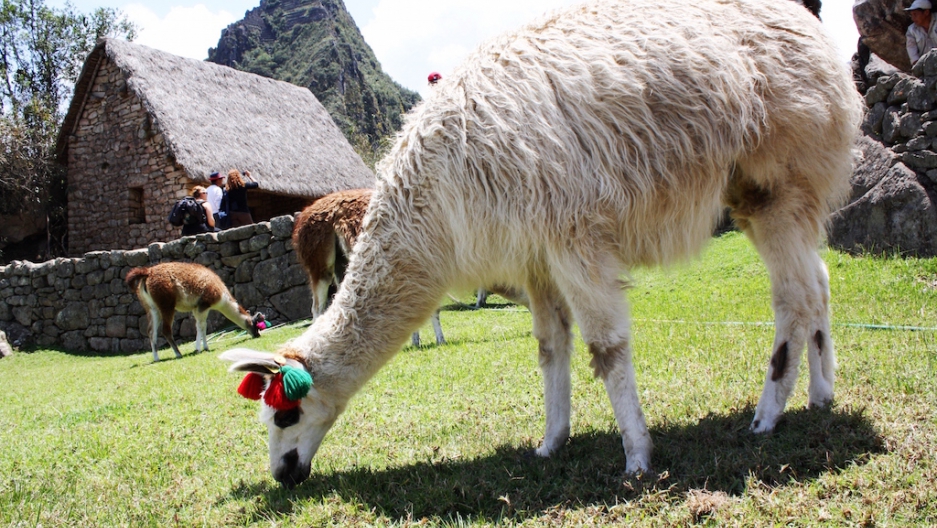 LIMA, Peru — Fluffy, photogenic and super hardy at altitude, llamas have it all.

They’re ideal for schlepping backpackers’ luggage over the high Andes or as a picturesque companion for that once-in-a-lifetime Machu Picchu selfie.

But now they may have an addition to their list of undoubted qualities: Llamas appear to be immune to AIDS and HIV.

The discovery, experts say, just might lead to a vaccine against the deadly virus or a treatment for those already infected.

That’s according to new research by a team of experts from around the world, including University College London, Harvard Medical School and Argentina’s Center of Animal Virology.

Their study, published in December in the PLOS Pathogens magazine, says that one llama antibody, which develops in response to the virus, “potently neutralizes more than 95 percent of HIV strains.”

Compare that to human antibodies, which appear in people infected with HIV or AIDS. For reasons scientists don’t entirely understand, they are completely ineffective at halting the virus they have evolved to target.

It’s that unresolved biological jigsaw that has allowed AIDS to spread into a global pandemic that's infected more than 30 million people and kills nearly 2 million every year, even if new drugs often now minimize the symptoms.

Nevertheless, scientists are responding cautiously to this latest breakthrough, noting that this is hardly the first time a vaccine or cure for AIDS has appeared to be around the corner since the virus was first named back in 1982.

The discovery was made after three llamas were injected with a portion of the AIDS virus. After the antibodies were given a chance to develop, the animals' blood was then extracted and examined.

Unlike human antibodies, llama antibodies have a single chain of proteins, which allows them to accurately aim at specific viruses.

Human antibodies have a short and a long chain and tend to use a scatter-gun approach, attacking all foreign viruses they find. For some reason, that has stopped them from effectively attacking the AIDS virus.

Apparently, it’s not just llamas but also alpacas, their even fluffier Andean cousins, that have this characteristic.

Andean women and their herd of alpacas.

Eduardo Gotuzzo, the center’s director, who was not involved in the HIV study, gave a cautious welcome to its findings.

“It has only been carried out with three llamas so far, and the effect has only been seen in vitro [in other words, in a lab, using cells taken from a living animal],” he said.

“So, there is a long way to go before we can really see how significant this is, but it is certainly a very interesting discovery.

“It is an open door, and here in Peru there are five institutions that are now researching this aspect of alpaca and llama antibodies [and its potential against various diseases].”

And before you ask — no, the llamas didn’t suffer.

The portion of the AIDS virus that was injected into them was not enough for the animals to actually contract the disease, although it does appear to have allowed them to develop immunity to it.