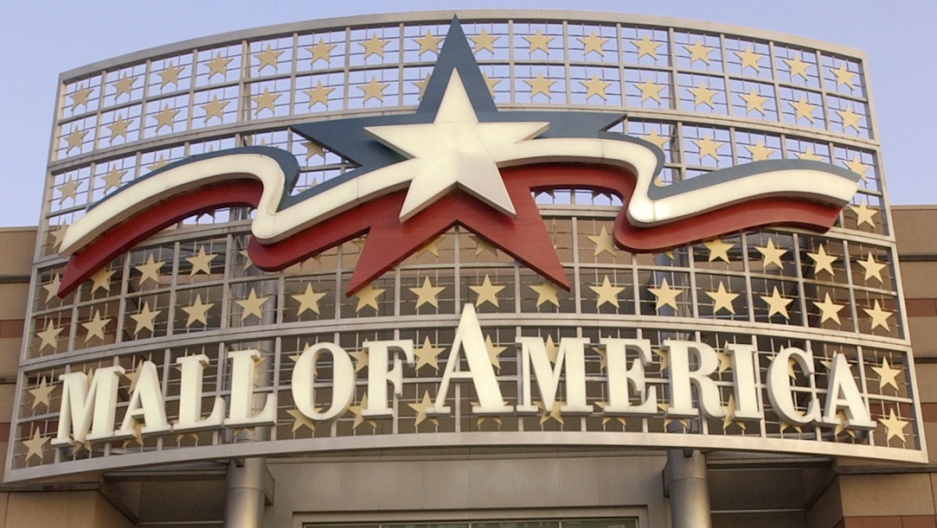 Police arrested 10 people after a massive post-Christmas brawl at the Mall of America in Bloomington, Minnesota.
Credit: Mark Erickson
Share

LONDON, UK — Security is tighter at certain malls in the United States, Britain, Canada and France since the emergence this weekend of a video urging terror attacks on Western shopping centers.

US police have stationed additional guards at Minnesota's Mall of America but said “no credible” evidence suggests any specific attack being plotted.

Armed police officers were on guard at Le Forum des Halles in Paris, one of two French malls mentioned by name in the video. Security was upped at Canada’s West Edmonton Mall as well. UK police wouldn’t comment on whether additional officers have been deployed in London.

But whatever the threat level, shoppers appeared undeterred.

On Monday, shoppers at London’s two Westfield mall locations — both mentioned by the video’s masked narrator as potential terror targets — were happily Instagramming their purchases and food court snacks (like yummy ice cream and beer).

On Oxford Street, a busy central shopping district and major tourist draw also named in the video, people were bravely carrying on with the street’s most popular activities: shopping, and photographing red phone booths and buses.

Even Kanye West was still out shopping. KANYE WEST, PEOPLE.

A spokesperson for London’s Metropolitan Police said only that counterterror experts are still assessing the video.

The Met has also warned Brits not to look at the video — just having extremist materials on a computer or mobile device can be considered a criminal offense here.

More from GlobalPost: When information is a crime

The video, which surfaced on Twitter Saturday, features a British-accented masked man claiming to be from the Al Qaeda-linked militia group Al Shabaab. That group carried out the 2013 attack on the Westgate shopping center in Nairobi, Kenya, that left at least 67 people dead and scores more injured.

"If just a handful of mujahedeen fighters could bring Kenya to a complete standstill for nearly a week, just imagine what the dedicated mujahedeen could do in the West to American or Jewish shopping centers across the world," the militant said.

Commenters said the video appeared to have been influenced by the propaganda of the Islamic State.

“It’s a new tactic, copying the Islamic State and saying if you can’t come out and join us then [attack at home],” Sajjan Gohel, international security director at the London-based Asia-Pacific Foundation, told Bloomberg.