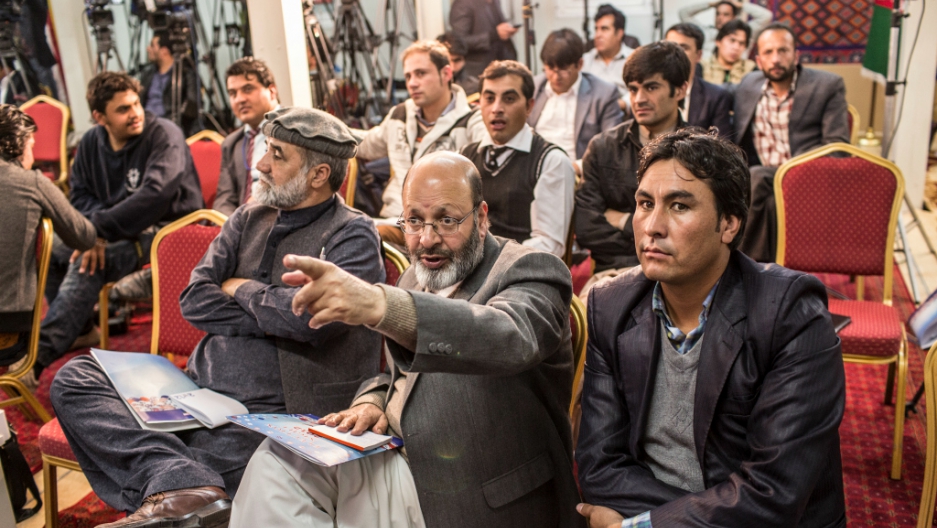 NEW YORK — In Afghanistan, “stop your reporting or we’ll kill your family” is no idle threat.

It’s the kind of warning that journalists on the frontlines in the ongoing civil war between government forces and the Taliban hear far too often. The Afghan journalist who received this threat from the Taliban eventually stopped reporting altogether.

Afghan journalists face similar threats from all sides — from government officials, warlords, police and other security officials, as well as the Taliban. Not surprisingly, the intimidation works: many journalists shy away from reporting on the most important issues that face Afghanistan, and thus put at risk many of the gains in media freedom that have emerged since 2001.

Those gains are undeniable. In 2001, Afghanistan had few print and virtually no broadcast outlets in 2001. Now it talks of hundreds of newspapers, television and radio stations and web-based media outlets. The new media increasingly play a role in public life in Afghanistan, including facilitating debate and shaping public opinion.

With this new clout, the media increasingly demand answers from government officials. But far too few officials think they are accountable to the public. And so, they respond with whatever means necessary — including violence — to stifle journalists’ queries and to quash any media criticism. In fact, 2014 saw the highest number of attacks on the media since the international intervention in Afghanistan began in 2001.

In Human Right’s Watch’s recent report on Afghanistan, every journalist we spoke with told a similar story of routine intimidation and outright harassment by government officials and agencies. In numerous cases, journalists explained how government or Afghan security forces often targeted them with violence or threats of violence.

One journalist told of a typical encounter in which a provincial government official said, “You have no right to report... I will imprison you. Your life is nothing to me.” Since then, the reporter has been so afraid he may be targeted in retribution for his reporting that he avoids staying too long at home.

Government officials that are unused to criticism and accustomed to having their own way are unwilling to provide the media with the space and protection essential for covering the challenging story playing out in Afghanistan.

The result? Vital issues such as corruption, land grabs and human rights abuses go chronically underreported by media that fear reprisals by government officials and other powerful figures that might object to such coverage.

At the very least, reporters that try to dig into such issues face harassment or end up in court to defend themselves against spurious charges. Some are compelled to “apologize” to the very people whose crimes they exposed. Those less lucky are beaten or killed.

If Afghanistan’s new government under President Ashraf Ghani wants to make headway in battling corruption and enacting other reforms, he needs a free media that can expose wrongdoing and muster public opinion in support of change. This after all is the role the press plays in a democracy: to act as a watchdog in defense of the public interest.

Afghanistan’s Constitution and international law guarantee the right to freedom of expression, including for the media. But the fragile gains in media freedom since 2001 are sustainable only if the government takes urgent measures to end the threats, intimidation and violence against Afghan journalists and media organizations.

Leadership from President Ghani’s new government is critical to ensure that Afghanistan’s burgeoning media plays that role and is not condemned to silence.

Patricia Gossman is the senior researcher on Afghanistan at Human Rights Watch.