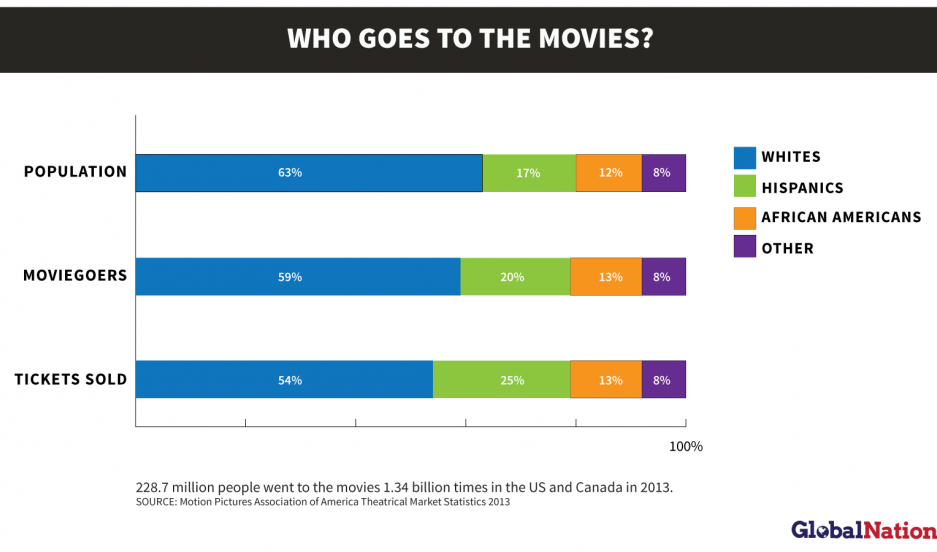 It's Oscars night and, by now, most of you know all 20 of the best acting nominations went to white actors. The lack of diversity has spawned protest, analysis and, of course, hashtags. (See #OscarsSoWhite and #WhiteOscars to start.)

(Editor's Note: The 2016 nominations have been made and, again, there are no people of color among the acting nominees.)

This year's selections have a decent international showing, but aside from nominations for the Martin Luther King, Jr. biopic Selma (in best picture and original song), we won't see many people of color on stage — except for the Oscars statue itself, which is modeled after Emilio Fernandez, an immigrant from Mexico who became an extra in Hollywood.

While the Academy takes heat for this year's line-up, the diversity critique isn't new. According to an Associated Press survery, 86 non-whites have won Oscars since 1929, compared to 812 whites. Brian Hu, artistic director at the San Diego Asian Film Festival and adjunct faculty of media and film at the University of San Diego, says he wasn't surprised by the nominations. “I know better than to be disappointed. I’ve been jilted too long to be disappointed,” he says.

But why did the nominations end up this way? For one, the people who actually make the nominations, members of the Academy of Motion Pictures and Science, are not a diverse group. But it is also true that movies made in Hollywood lack in diversity compared to the general population and those who go to the movies.

In 2013, 228.7 million people went to the movies 1.34 billion times in the US and Canada. Latinos bought 25 percent of those tickets, according to the Motion Pictures Association of America, and they go to the movies six times a year on average compared to three times per year for whites.

A University of Southern California study of the top grossing films of 2013 shows that only 4.9 percent of speaking roles went to Latinos. 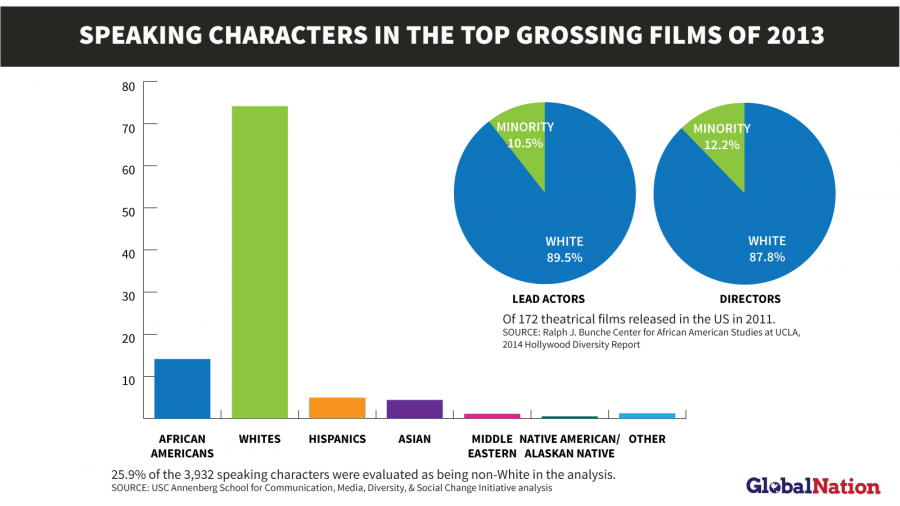 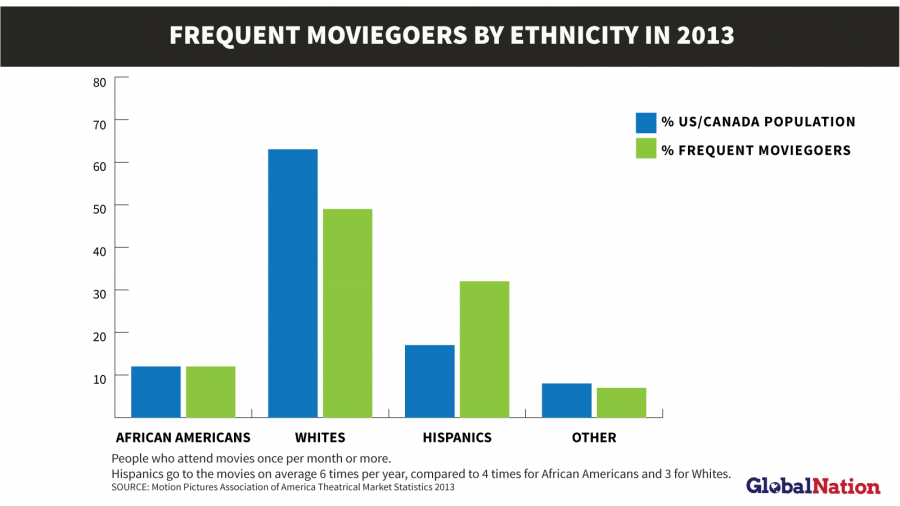 “A lot of times, films that have more people of color are more independent and tend to not have 'stars’ in them,” says Hu. This means that there aren't people who fit easily into lead and supporting roles. One suggestion Hu has for bringing more diversity to the Oscars is to make a "best ensemble cast" award. Then films like Beyond the Lights could be included.