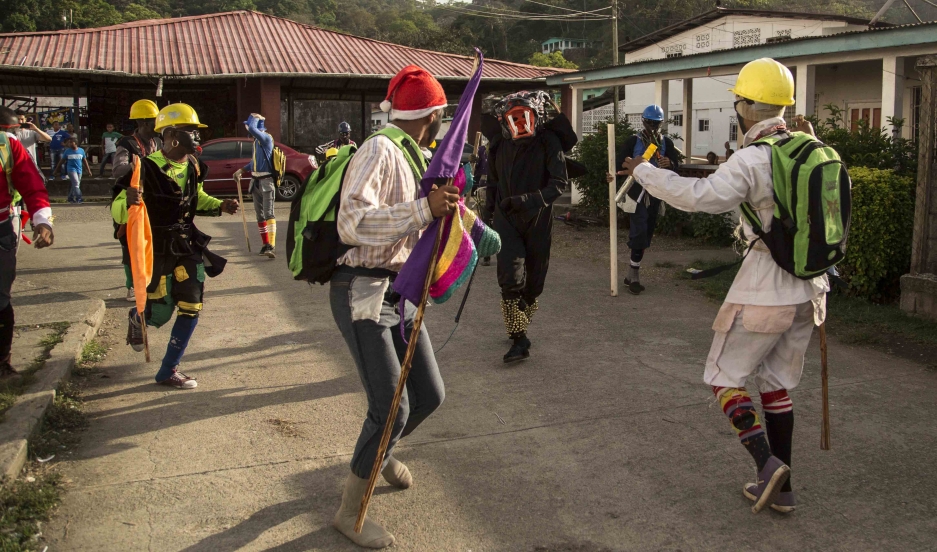 El Diablo on the streets of Portobelo, Panama.

It’s a festival of celebration and rebellion: Every year in February, the port city of Portobelo, Panama holds the “Festival de Diablos y Congos."

It’s a unique local take on the widespread Carnival tradition, a five-day party with no shortage of loudspeakers, dancing — and devils wielding whips.

During the festival, some residents dress up as “Diablos," wearing giant red-and-black masks and carrying whips. Others dress as “Congos," or “Cimarrones," wearing tattered clothes, hats that resemble crowns and carrying wooden swords. 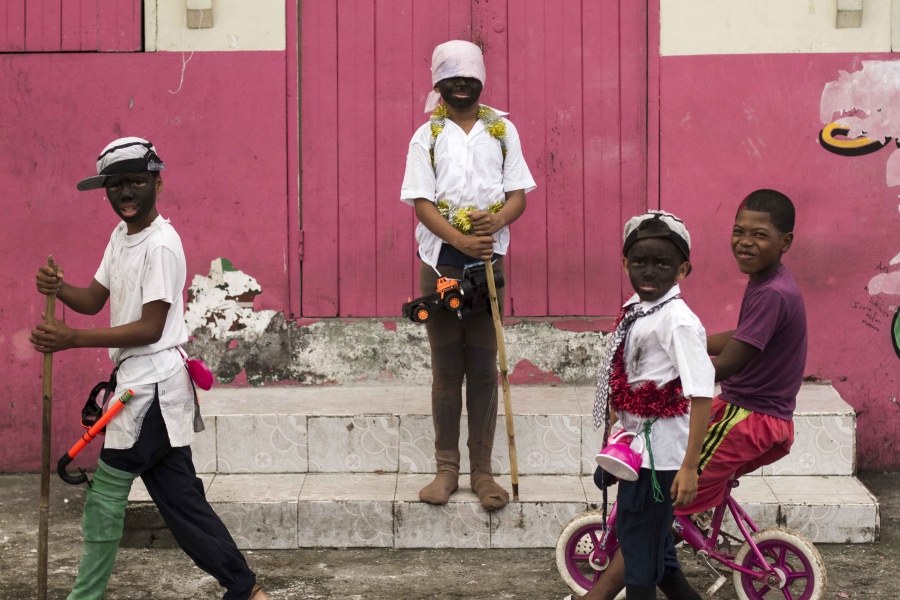 Carnival traditions in Panama celebrate the resistance of Cimarrones, enslaved Africans who escaped their colonial Spanish masters and established independent communities in the hills and rainforests of the Americas.

“They celebrate the festival through this 'Congo' tradition, which is an African dance where they are kind of critiquing slavery and colonialism through this amazing metaphor," explains Pierce Freelon, a professor at the University of North Carolina and hip-hop artist. "The 'Diablos,' who represent the whip-wielding slave master, and the 'Congo,' who represents this liberated African." 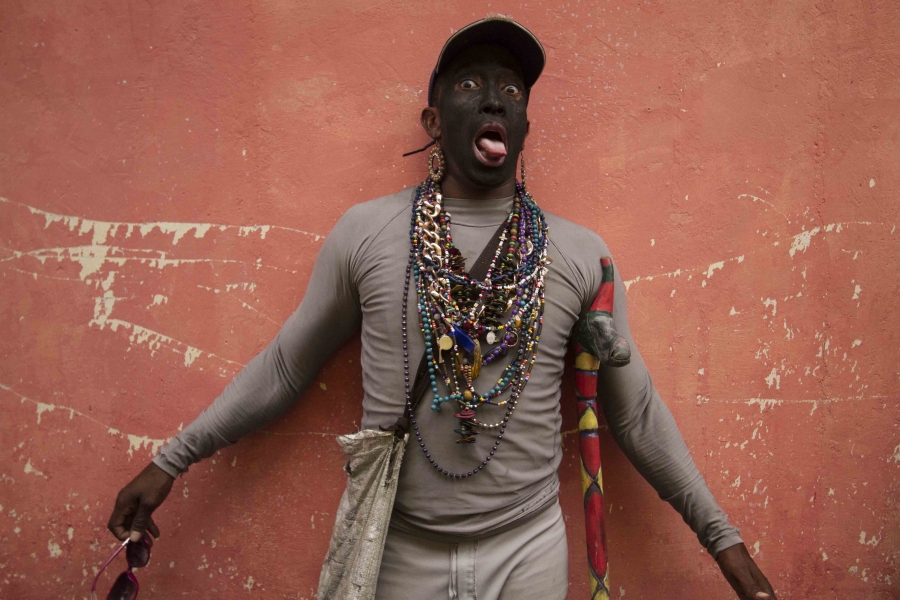 ​Revelers also paint their faces with charcoal. Seeing residents dancing in the streets wearing blackface came as a shock to Freelon, who travelled to Portobelo for a collaborative art project. 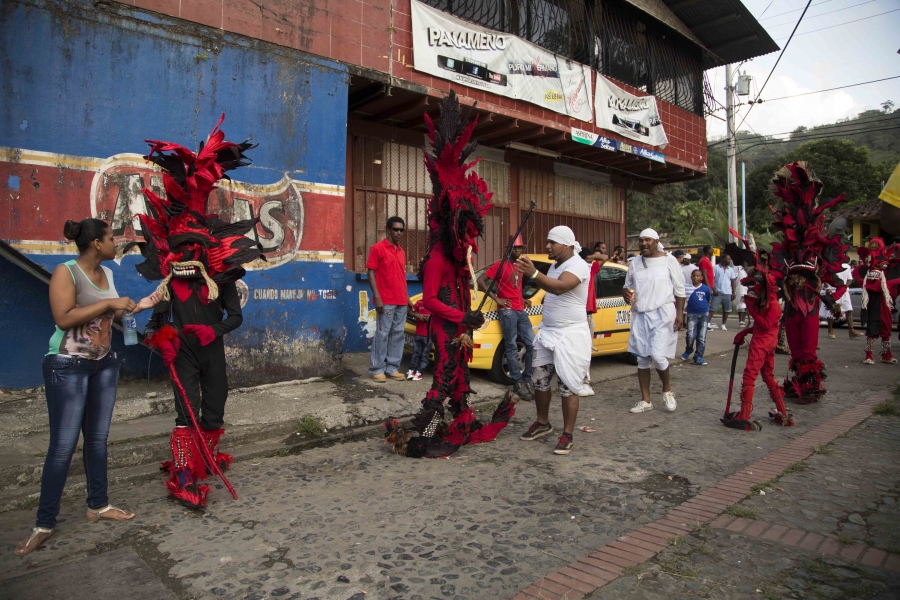 “It’s part of our wrestling with these issues," he says. "For me, as a black man, as an African American whose country has yet to deal with some aspects of their legacy of enslavement, it’s inspiring to see how the people of Portobelo are addressing these issues. So I’ve been making beats, sampling local artists.”

"Cristo Negro" refers to a life-sized statue of a black Christ in Portobelo.

“The legend goes that the statue, the Cristo Negro statue [in Portobelo] was jettisoned from a Spanish boat when they were trying to keep from sinking," Freelon says. "They were throwing all types of cargo off the ship, and they jettisoned this Cristo Negro life-sized statue of the black Christ off the boat and it found its way to the shores of Portobelo. It was kind of a miracle in that way." 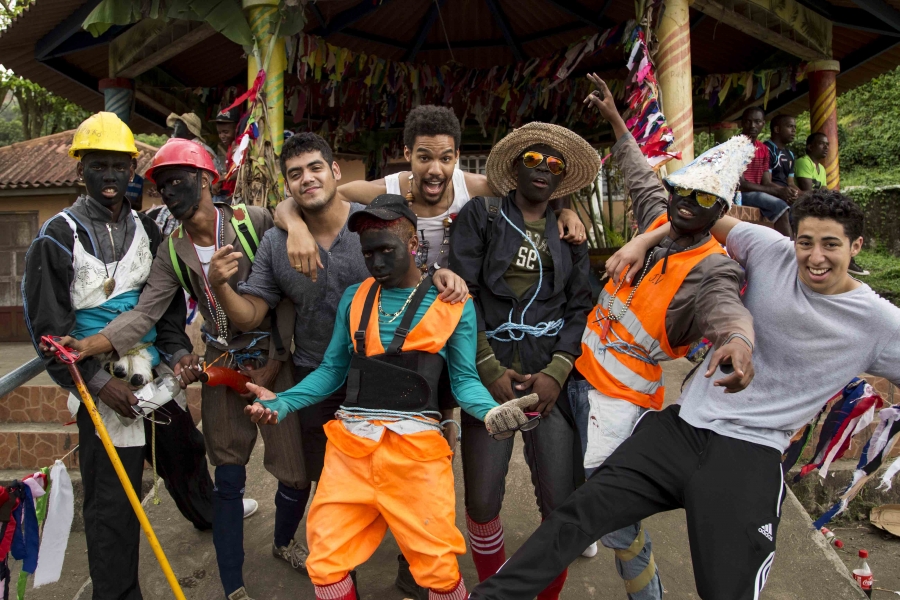 Pierce Freelon and friends at carnival in Portobelo, Panama.

Pierce Freelon’s "Cristo Negro | Diablo Blanco" project is produced in collaboration with ARTVSM. Spoken-word artist Herrison Chicas travelled with Freelon to Panama, and wrote this piece called “Reversal” while he was there.