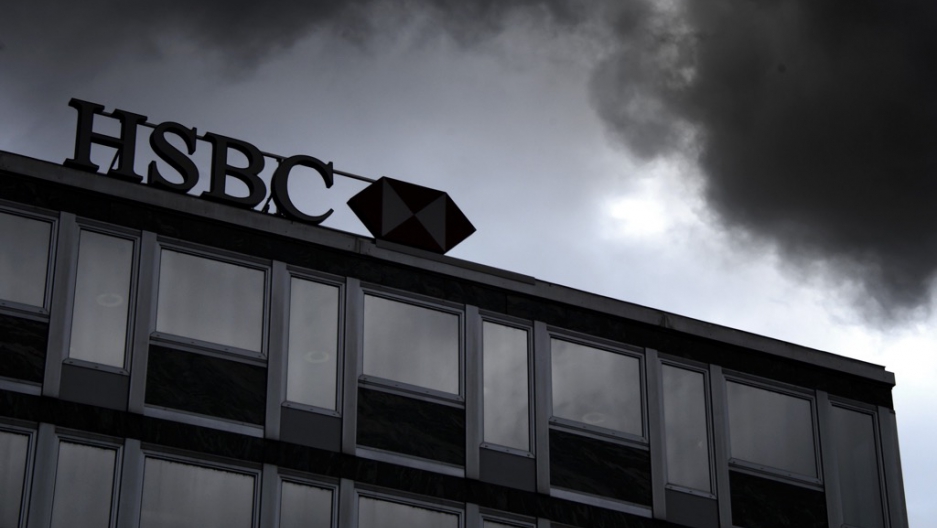 Everybody knows what a “Swiss bank account” is. Hollywood tells us they’re top-secret safety deposit boxes for the world’s elite — places where drug kingpins and bankers and politicians and heirs hide their fortunes from government investigations and taxation. They’re how the super rich do banking.

Now, thanks to one whistleblower and a team of 140 journalists from around the world, we know a lot more about these accounts and the people who hold them.

We know more about how Swiss banking has helped the richest people in the world to accumulate and protect their ever growing share of the world's total wealth. We know how banks have helped drug traffickers, arms dealers, and terrorists to launder money and create financial infrastructures that have made them less like criminal gangs operating in dirty cash and more like global criminal enterprises earning interest, making investments, and sending wire transfers. And we know more about how corrupt governments, government officials, and political leaders have embezzled money and robbed the people they're meant to serve.

Here's how we know all this.

In 2009, Hervé Falciani, an IT worker at the British bank HSBC leaked information to French tax investigators that showed HSBC had been stashing clients’ funds in its Swiss subsidiary, HSBC Private Bank. French newspaper Le Monde got ahold of the information in 2014 and set up a collaboration with the the Washington DC-based International Consortium of Investigative Journalists (ICIJ). The new partners recruited a team of investigative journalists from over 45 countries to mine the data, which relates to over 100,000 banking clients in 200 countries, and find the stories.

On Feb. 8, the ICIJ launched its interactive report: “Swiss Leaks.”

“Swiss Leaks” has three main sections: Countries, People, and Stories. Each does something different, and each is deeply troubling in its own way.

“Countries” gives you the meta-level picture of where the money was coming from — how much money from each country and how many banking clients per country. (You can see that information in graphic form throughout this article.)

But Swiss Leaks is about much more than just the numbers. It’s about the stories behind them.

The “People” section of the report includes profiles of 65 public figures connected to HSBC Swiss accounts. (It’s a sample of the larger data. In its written report, ICIJ discusses many other people.)

You’ll learn, for example, that Mexican billionaire Carlos Hank Rohn was the beneficial owner of 10 bank accounts listed to “Hmex Pte. Ltd” that held a total of around $158 million in 2006/2007.

You’ll also learn that King of Jordan, Abdullah II ibn al-Hussein, was connected to an account opened in the name of a person ICIJ identifies as a “senior palace official.” It held $41.8 billion in 2006/2007.

And there’s plenty more info on arms traffickers, diamond dealers, politicians, sports figures, corporate executives, and celebrities — a pretty diverse crew of people who share one thing in common. They are super rich.

Read “People” carefully, though. Not every person with an HSBC Swiss account is evading taxes and laundering money, as ICIJ notes. Several people responded to ICIJ’s request for comment with compelling explanations.

Take British musician Phil Collins. He’s listed. Bad look, right? Not when you ask Collins’ manager, who explained to ICIJ that the singer actually lives in Switzerland and that “It is entirely appropriate for him to have a bank account where he lives."

Another example: Australian supermodel Elle Macpherson. She’s been the beneficial owner of several client accounts linked to over two dozen bank accounts. In 2006/2007 those accounts held $12.2 million. Tax dodger? Maybe not. “Ms. MacPherson is an Australian citizen,” her lawyers told ICIJ, and she has “accounted for UK tax on the basis of full disclosure in accordance with UK law.”

One lesson from Swiss Leaks is that each HSBC account is a story worth investigating.

ICIJ’s international team of journalists is telling those stories, and “Stories” is where you can read them.

There are (at least) two things you’ll take away from “Stories.”

First, these reporters have dug deep into a now familiar story about widening global inequality and shown how one part of it works.

Last month, Oxfam reported that the 80 richest people in the world now control as much money as the 3.5 billion poorest people. By 2016, if current trends continue, the richest 1 percent will own more than half of the world’s total wealth. (Currently, they own 48 percent.)

Reporting based on Swiss Leaks data reveals more than just the FACT of massive wealth accumulation by the already massively wealth — it reveals the PROCESS. It’s not inevitable that 80 people in the world should have as much money as the 3.5 billion poorest people. It’s the result of many factors, policies, decisions, and behaviors. Among them is the willingness of banks like HSBC to hide their clients’ money from tax collectors and law enforcement

Second, “Swiss Leaks” reporting suggests that this familiar, global story is really a collection of local stories about greed and graft — about super rich individuals and institutions that maximize their financial gain, minimize tax contributions, and engage in illegal activities ranging from said tax evasion to arms dealing.

That’s why the Israeli newspaper Haaretz reported on the 6,500 Israelis who held $10 billion in HSBC accounts between 1988 and 20007. It’s why the Guardian called attention to HSBC accounts linked to high-profile British politicians and donors. And it’s why the CBC named and shamed Canadian billionaires Frank Giustra, Joseph Kruger II, and Marcel Adams.

The “Swiss Leaks” story and the stories it’s revealed are developing, so follow along. The Swiss government has just opened a criminal investigation against the Geneva-based HSBC for “aggravated money laundering.”