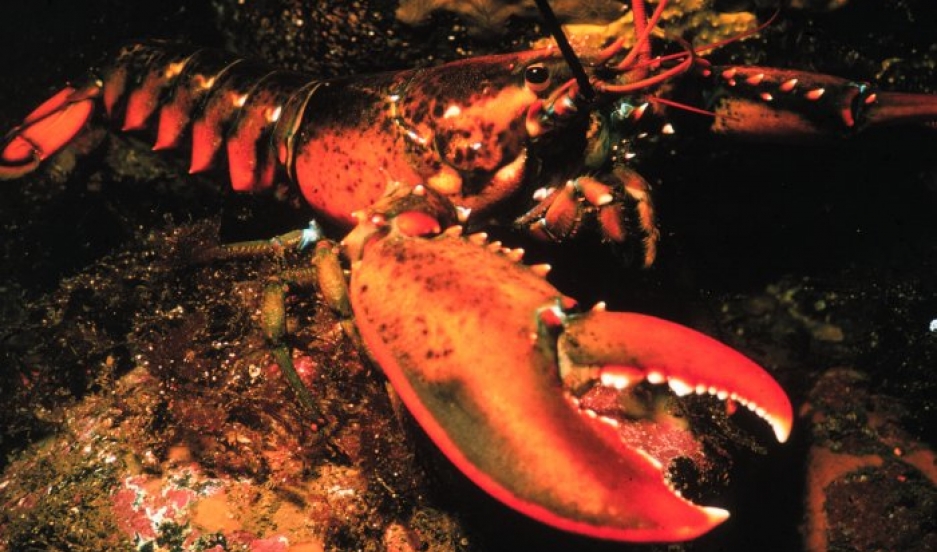 Lobster is in high demand in China.

Dumplings, red packets of money, long noodles symbolizing long life, fireworks at midnight — all of these are traditional Chinese trappings of Asian Lunar New Year celebrations happening around the globe. However, this year, many Chinese tables will feature a new, unlikely addition to their traditional meals: Maine lobster.

China's hunger for this storied slice of Americana has been growing over the past decade. Stephanie Nadeau, owner of The Lobster Company wholesaler in Kennebunkport, Maine, says in 2009, China bought virtually no lobster from Maine. Now, the Chinese New Year is the busiest time of year — even busier than Christmas.

"With Christmas, it's only one day," Nadeau says. By contrast, she says she'll spend four weeks this year filling her Chinese New Year orders.

“It’s my busiest year ever,” she adds. “The Chinese are very fond of live seafood.”

“In Hong Kong, they use — almost exclusively — small one-pound lobsters,” she says. “Maybe 40 miles away in Guangzhou, which used to be Canton, they prefer a two- or three-pound lobster.”

As China's middle class has developed increasingly cosmopolitan tastes, their presence has been felt in unlikely areas of the global economy. The majority of Maine lobster exports still go to Canada, but even with record catches, wholesalers say they hadn't anticipated this much demand from a country so geographically distant — a major concern when shipping live seafood.

Flying nearly half a million pounds of lobster to China has proven especially challenging this year.

“There’s been [a lot] of difficulty this year because of all the bad weather we’ve had in Boston and New York,” adds Nadeau. “This time of the year, because the water’s so cold, we harvest very few lobsters — they pretty much hibernate in the winter. All the lobsters that we’re shipping now were caught mostly in December and early January.”

In order to accommodate the new demand, Nadeau says her business has built a new facility in Canada that holds about 120,000 pounds of live lobster.

Like other Maine lobster companies, Nadeau’s business is ticking up because Chinese lobster eaters are looking abroad to revive old traditions in new ways. Spiny lobsters used to abound in the South China Sea, but overfishing has destroyed their Chinese habitat and driven up prices. Even though they’ve logged more air miles, American lobsters are a bargain in China.

“Our Maine lobsters are filling the middle-class void,” Nadeau says. “We’re working round the clock to get lobsters into China for the holiday.”

Maine lobster offer softer meat and a finer flavor and allow Chinese consumers to return to old recipes — lobster is often steamed and dipped in wasabi and soy sauce, or eaten with noodles in a garlic sauce.

Maine lobster is often called "Boston Lobster" on Chinese menus. Nadeau, a native Mainer, says she doesn’t mind being upstaged by her metropolitan neighbor to the south — as long as the orders keep coming in.

Aside from providing the perfect combination of flavor, value, and American cachet, Nadeau says that Maine lobster — possibly the most typically New England food after clam chowder — has one decisive advantage in China.