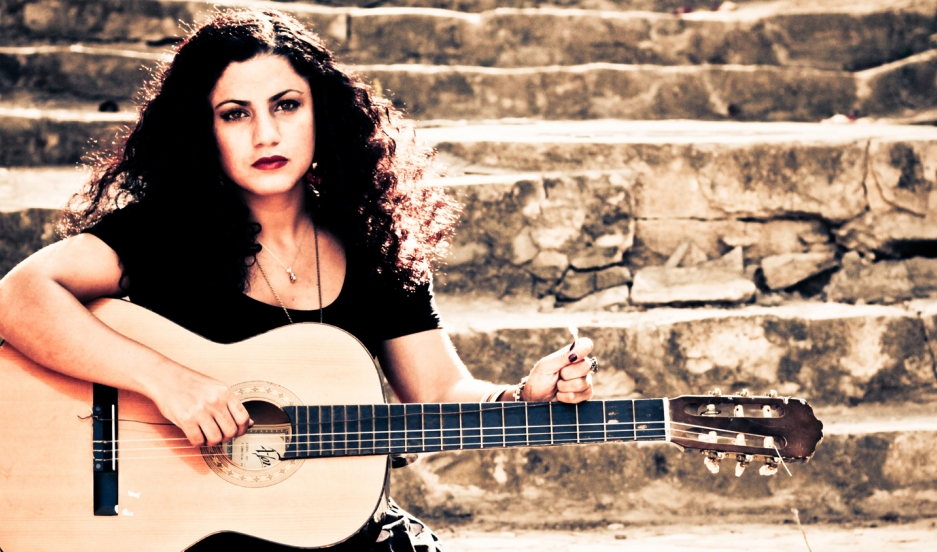 Emel Mathlouthi's 2007 song My Word is Free was taken up as an anthem by Tunisian protestors in 2012.

Her lyrics included these lines: “We are free men who are not afraid. We are the secrets that never die. And we are the voice of those who resist.”

What happened in Tunisia was arguably the first domino in the so-called Arab Spring. By then, Mathlouthi was living outside Tunisia, her home — she had been censored by the former Tunisian regime. But she was free in Europe, in France — in her adopted hometown: Paris.

The massacre at satirical magazine Charlie Hebdo shocked Mathlouthi, just as it shocked most everyone else. “It was so unexpected that something that violent [could] happen in the heart of Paris. We’re all in danger: Religions, colors, human rights are in danger,” she says.

Mathlouthi was in New York recently. And the attack on Charlie Hebdo was forcing her to re-assess what she’d taken for granted in Paris: freedom of expression. “It’s about this big threat of terrorism that is standing on the whole world, no matter what the reason is.”

But she doesn’t plan to sing about this big threat, not explicitly. She doesn’t see her job as fighting back directly. There’ll be no “My Word is Free” directed at ISIS or the like. There’ll be no song to strike back at terrorism — no song like “Tyrant,” in which she sang: “Kill me, and I will write songs. Wound me, and I will sing stories. Give me more suffering. It will warm up my winter.”

Mathlouthi’s response to what happened at Charlie Hebdo is, more than anything else, compassionate — hopeful even, about what art might be capable of doing. “Not everybody has access to creation,” she says. “I’m saying that because one of the terrorists used to be a rapper. And maybe he needed to be embraced by a community, an artistic community.”

Maybe that’s true, although it feels like a big leap of faith to suggest that music might have changed the decisions those young men made. But Mathlouthi’s insistance that the Charlie Hebdo attackers are “victims” too, who made the mistake of getting involved with “evil gurus.” “But imagine if they can keep the music and the art — and for sure they will choose another way than just becoming a foolish, stupid, crazy terrorist,” she argues.

Writing explicitly about Tunisia, about the immediate state of her own country, Mathlouthi says her songs used to be more self-consciously melancholic. This is a difficult moment too, in Paris and Copenhagen and beyond, and the singer wonders aloud if she’s optimistic about the future.

These are times of troubled waters, she says, quoting one of her heroes. Besides Simon and Garfunkel, Emel Mathlouthi reveres Joan Baez and Dylan—protest singers joined with her across decades. But Mathlouthi's no longer protesting what's wrong with the world. Instead, she wants to give oxygen to what's right.

So: is she optimistic? If you wait a second, and let her decide, she’ll tell you that, ultimately, she is. After all, what good is the alternative?