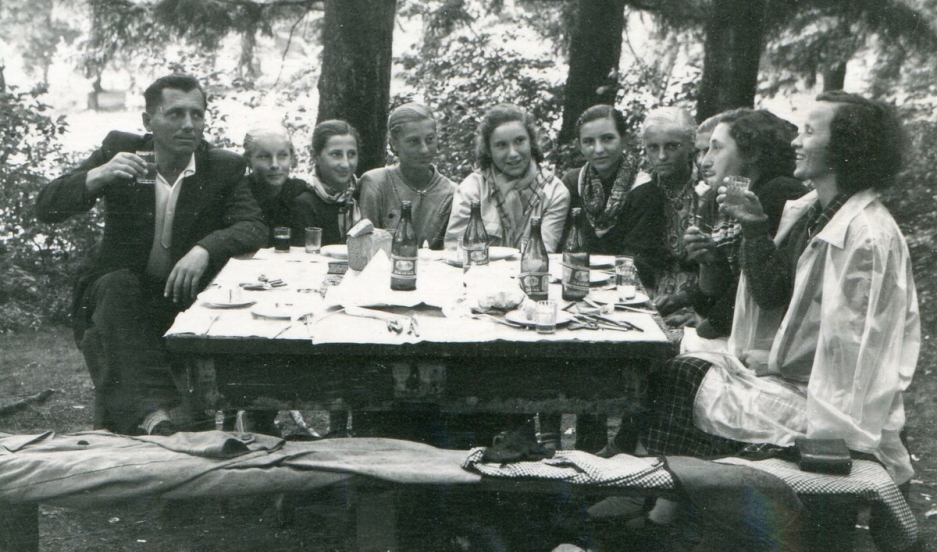 Ukrainians Yuriy and Varvara Balega at a picnic table, with some of Varvara's students in between.

When Radio Free Europe/Radio Liberty correspondent Daisy Sindelar went to Ukraine to interview people about their memories, she was looking for a specific kind: The ones preserved in old family photographs, tucked away in albums or shoeboxes.

"In Ukraine, whose tumultuous 20th century history has spilled over into a bloody battle for its 21st century identity, every picture tells a story," says Sindelar, who is based in Prague. "I traveled to six Ukrainian cities to talk to people about what their old family photographs say to them about who they, and their country, are today."

Now the photos, and the memories attached to them, are part of a new online feature called "My Ukraine: Memory and Identity." 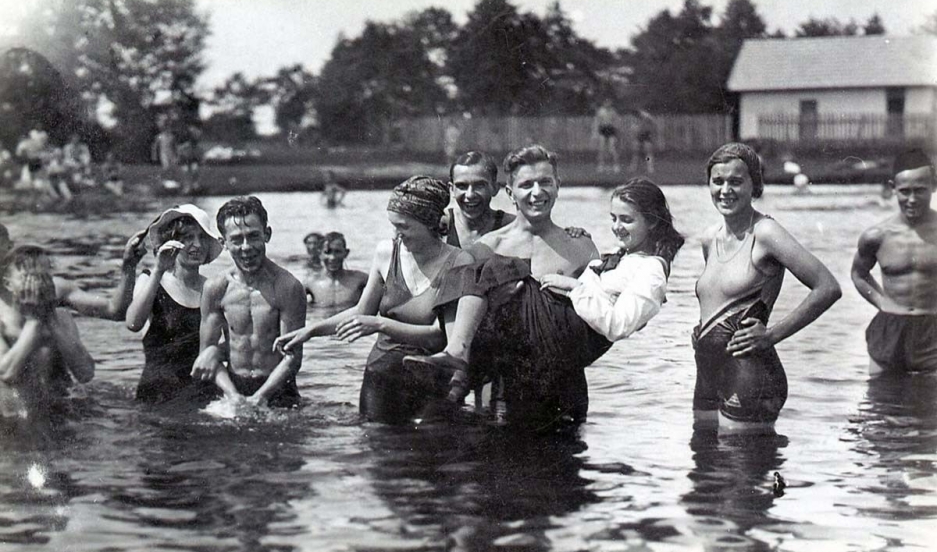 My Ukraine: Memory and Identity  Maria being held above the water, Brody, 1936

Despite all the wars that have ravaged Ukraine in the last century, Sindelar says she found that many Ukrainians hold dearly to the past.

“I went to Ukraine fully expecting to hear very sad, heavy stories every day. What surprised me was how often I was hearing funny stories and really joyful stories," she says. "A lot of the photographs that I found are truly joyous photographs, pictures from the '20s and '30s that are, like, snapshots of people making rabbit ears behind each other's heads, people splashing in the water, picnics — truly just a snapshot of life that I didn't expect to see in a period in Ukraine where I thought of life as being only grim.”

“I think we’re all accustomed to imagining this part of the world based on ... images of peasants working the land or Soviet soldiers or grey bureaucrats," she says. "What really amazed me were beautiful pictures of the countryside, and also images of their native culture. ... You really get a sense of a nation that had an identity at the turn of the 20th century, and then spent most of the 20th century fighting to hold onto even a part of it.”

One photo in particular captures that sense for Sindelar. It was shown to her by a gentleman named Vladimir in the city of Uzhhorod, a border city in western Ukraine where almost everyone speaks Hungarian, Ukrainian and Russian.

“I think it's the kind of picture you can get lost in," Sindelar says. "It shows two adults sitting on either side of the picnic table, with maybe eight or 10 teenage girls sitting between. The woman at the head of the table is raising a glass as though she’s offering a toast, and she's got a broad smile on her face, almost a playful smile. Everyone is looking at her so intently, including the man who looks besotted and maybe a little bit like maybe he's being teased a little bit. Each person's expression is so wonderful, so mysterious. What's going on in this picture? I want to know." 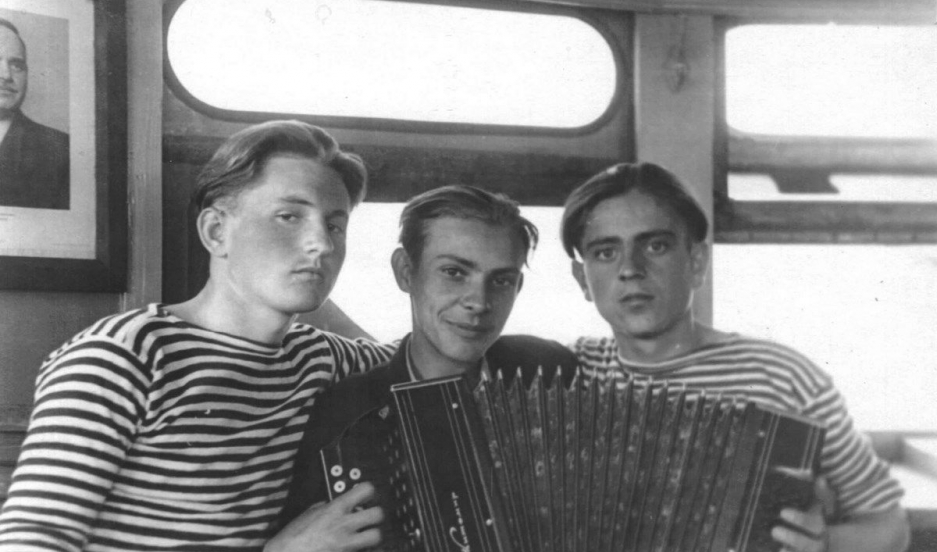 Volodymyr and Vladimir Chukov (second and third from left).