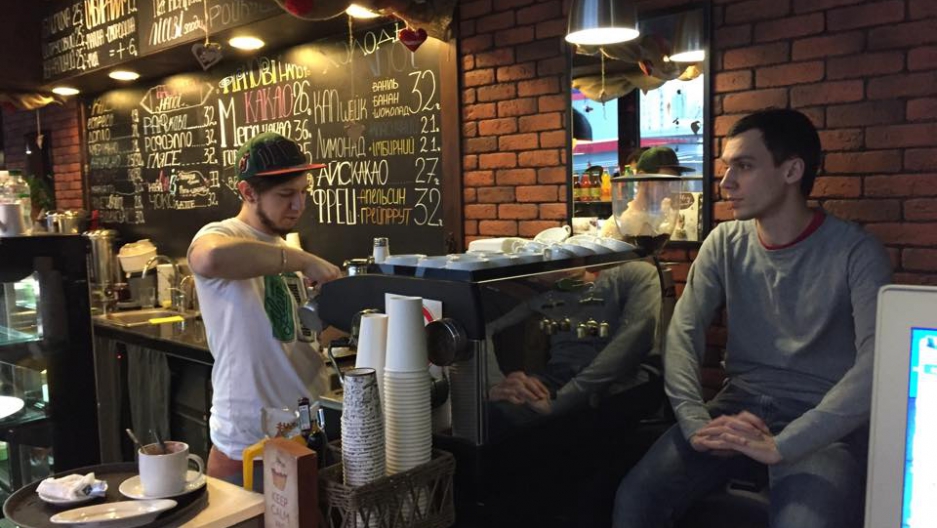 It might seem crazy to say this, but in Kiev, Ukraine's capital, it can almost seem like people don't know there's a war going on in their country. It looks like business as usual in, say, the kind of hip coffee shops you'd find in Portland or New York.

But listen closely and the conversations between baristas are far from routine. Here's how journalist and Kiev resident Alex Kleimenov describes it:

I'm at Cup&Cake, a coffee place in downtown Kiev, right by the giant Olympic Stadium that held the final game of the Euro 2012 football tournament less than three years ago.

It’s packed. Coffee is 60 euro cents according to the current exchange rate. Michael Jackson is singing "Black or White" in the background. What do you think the barista is talking about with this other guy, who also works here?

They're weighing the chances the latest ceasefire will work — and the chances that martial law will be introducted if it doesn't. [The cease-fire was due to be announced at midnight that day, according to the Minsk agreement. It went into effect, but the fighting never really stopped.] 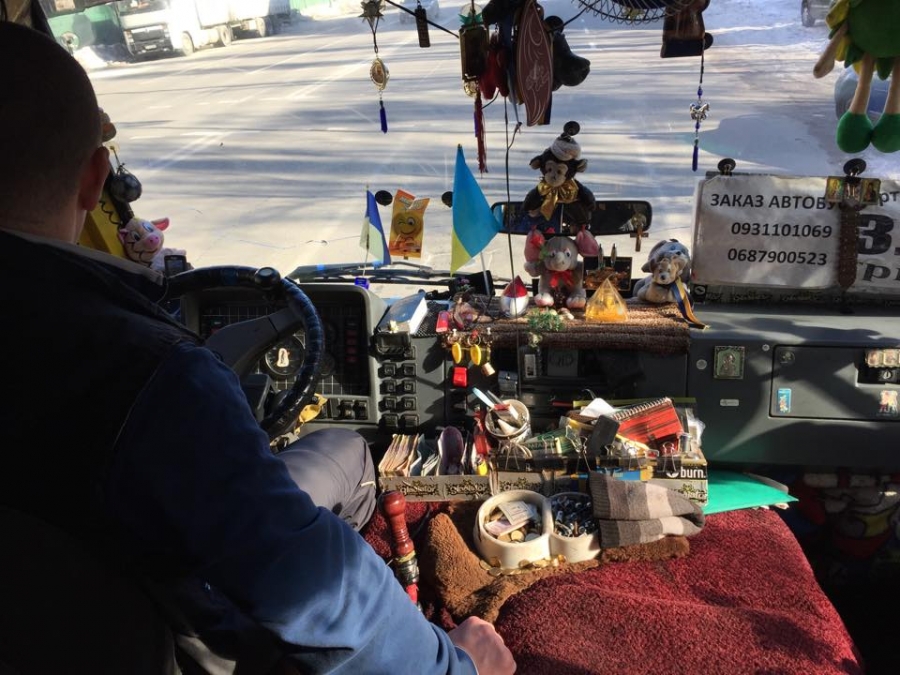 A bus driver drives through the streets of Kiev as passengers talk about shrapnel wounds.

A woman is sitting next to me on the bus, talking on the phone quite nonchalantly:

“Yeah, right. That was when he got wounded the first time. They took him by helicopter to Zaporozhye [a big city in the “free Ukraine”].

“Yeah, that’s what I was telling him! I told him, 'You got wounded three times and then hospitalized for gastritis! Oh, I forgot to pay the fare!'"

She passes three hryvnia — about 13 cents, according to the latest exchange rate — to the driver.