Some of the nearly 250,000 Malawians displaced by recent flooding in the southern part of the country sit for a photo at a school where they've taken refuge. Far from the epicenter of international flood relief efforts, the 4,220 people in this isolated camp face hunger and disease.

You could say the people living along the banks of the Thondwe River in southern Malawi were lucky. At least they’d been warned of the flash flood in early January that would burst through an earthen dike, wash away their homes and crops, and leave more than 4,000 of them homeless.

Amazingly, no one in the dense cluster of villages called Makawa died in the flood. But they’ve been living in pretty desperate conditions here since.

Like everyone else from Makawa, a village chief named Phanzi has been staying at a local school since his home was destroyed. Phanzi says, aside from some donated plastic wash basins and a small amount of corn that no one can mill into flour, they’ve been on their own, salvaging whatever greens they can from fields that were under water for weeks. 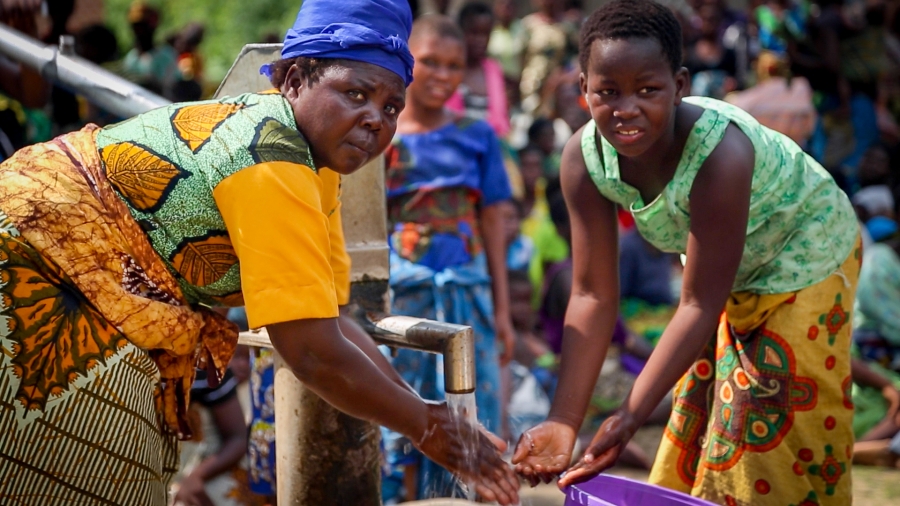 Water from the Makawa school’s only well is proving insufficient for the thousands of displaced who have sought refuge at the camp.

You can already see signs of malnourishment in some of the children, Phanzi says. He nods in the direction of hundreds of women sitting on the ground with babies seeking the shade of the schoolyard’s only tree. He says more than 2,000 people cram into the school’s half dozen buildings every night.

And that’s just here. I passed more camps in churches and other buildings on the four-mile walk in from a washed out bridge, Makawa’s only link to the outside world.

That isolation is one of the big problems in the relief effort. Makawa fared better in the recent deluge than other parts of southern Malawi. All told, UNICEF now says the heavy rains and flash floods over the last month displaced almost a quarter of a million people, mostly in districts farther south than here.

That’s also where much of the international relief effort is now focused. Meanwhile, with the road in here impassable, it’s hard to bring in aid and medical help.

The village chief says there are about 100 pregnant women in this camp. One has just given birth. Some of the children have contracted malaria. Even more are suffering from diarrhea.

One small positive development is that the Makawa school where the displaced have been sleeping has reopened for classes during the day. But 13-year-old Regina Weston says the classrooms are jammed with everyone’s stuff.

And, the student says, “it’s hard to concentrate when I feel hungry, so no one is learning much.”

Weston says she may drop out of school, abandoning her dream of becoming a nurse, and get married instead — to a man from a village that, hopefully she says, wasn’t flooded. 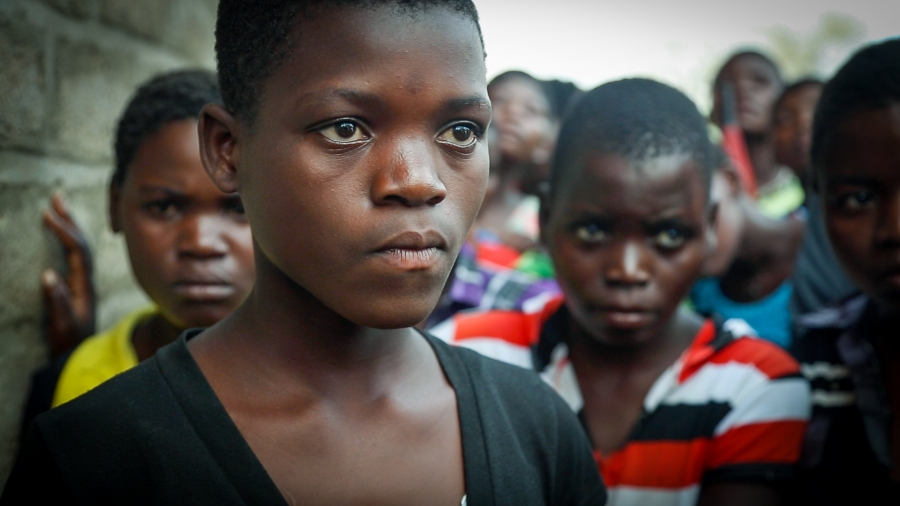 13 year-old Regina Weston is a student at the school in Makawa where she and more than 2,000 others have now taken refuge from the floods. She dreams of becoming a nurse — a dream that is threatened by her current circumstances.

It’s these long-term effects of the floods that worry Sosten Chiotha, regional director for the nonprofit organization Leadership for Environment and Development. He says a combination of deforestation and a surge in extreme weather in Malawi are wreaking havoc on people’s lives.

“Environmental degradation, climate change — these are all bringing negative feedback loops that are undermining that very base that provided the stability for their livelihood,” Chiotha says.

Chiotha says rapid population growth and an informal charcoal market have stripped most of Malawi’s hillsides of trees, causing the large amount of water that fell in a few days to simply rush off the hillsides, turning floods that would have been bad enough into a full-blown humanitarian crisis.

Chiotha says it is a general trend he’s been seeing in recent years, even with normal rainfall. And he says that also means trouble after the rainy season.

“We’ll have longer, drier seasons,” he says, “because in the rivers, we’ll have very little water flowing.” 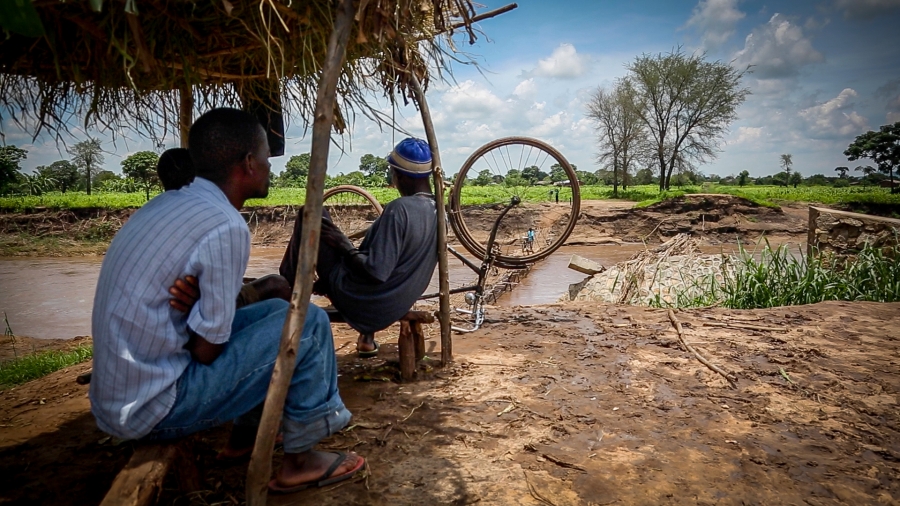 A flash flood in early January washed out bridges and spilled over the banks of the Thondwe River, displacing more than four thousand people inMakawa. A month later, the cluster of isolated villaged still hadn't received any assistance.

That doesn’t bode well for the future of a country where most of the population survives off rain-fed, subsistence farming.

A vision of part of that future may be the rows of white tents and heavy sacks of international food aid in displacement camps in Nsanje, more than a hundred miles south of Makawa. On a visit to one of them, not a single family I spoke with said they plan to return to their flooded farms.

The first: With more than half the country affected by the floods, how will it produce enough food for its people?

The second: If the displaced people cannot go home in what is one of Africa’s most densely populated and least developed nations, where will they go? 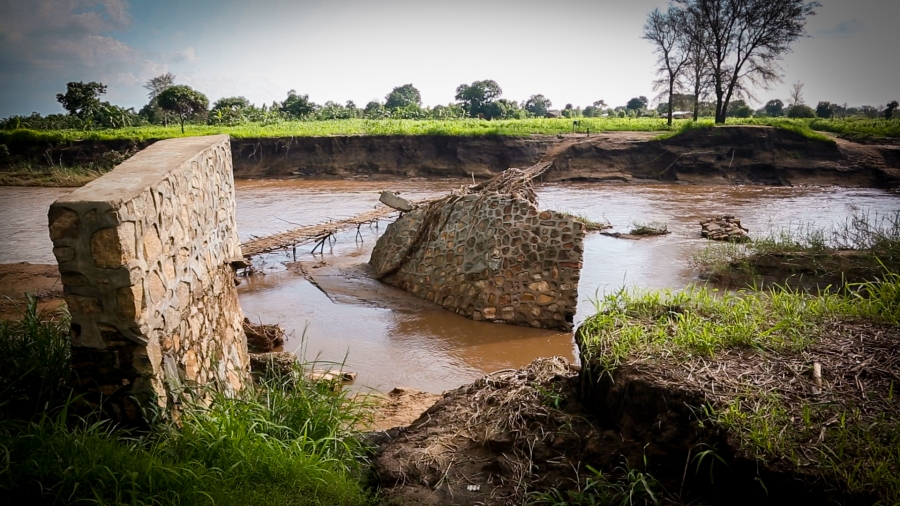 This washed-out bridge across the Thondwe River was Makawa’s only link to the outside world. 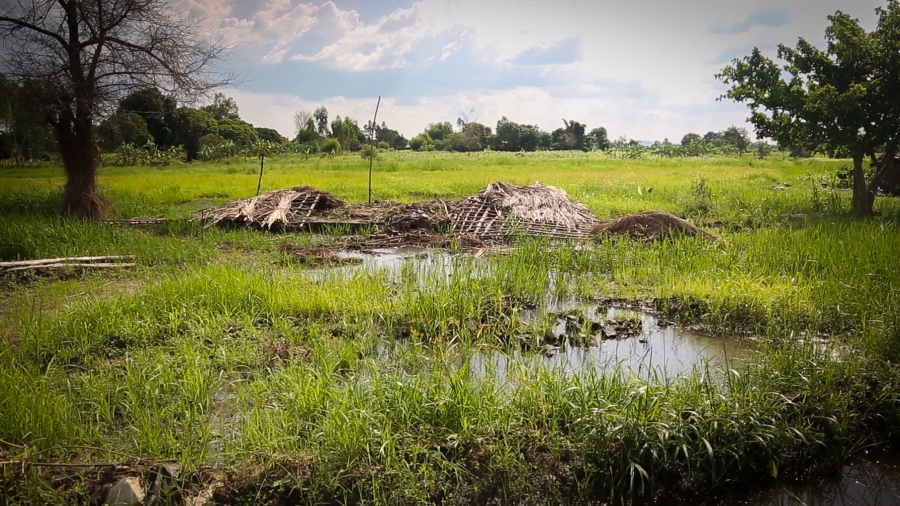 Thousands of homes in Makawa collapsed in the floods. But an early warning from a local radio program helped ensure that everyone got out alive. 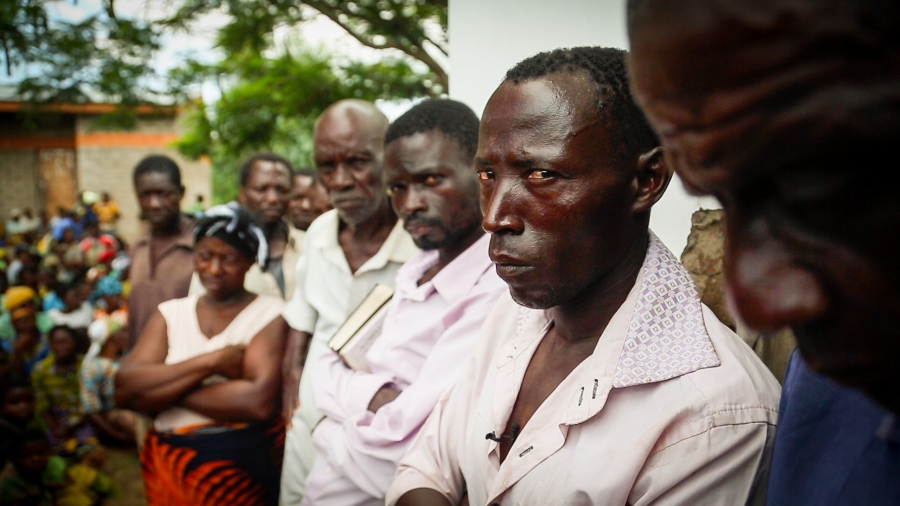 Phanzi, Makawa’s Chief, says no one has come to his people’s assistance. He says the only food they’ve been eating is the greens and vegetables they can salvage from their flooded fields and that malnutrition is already visible in many of the children here. 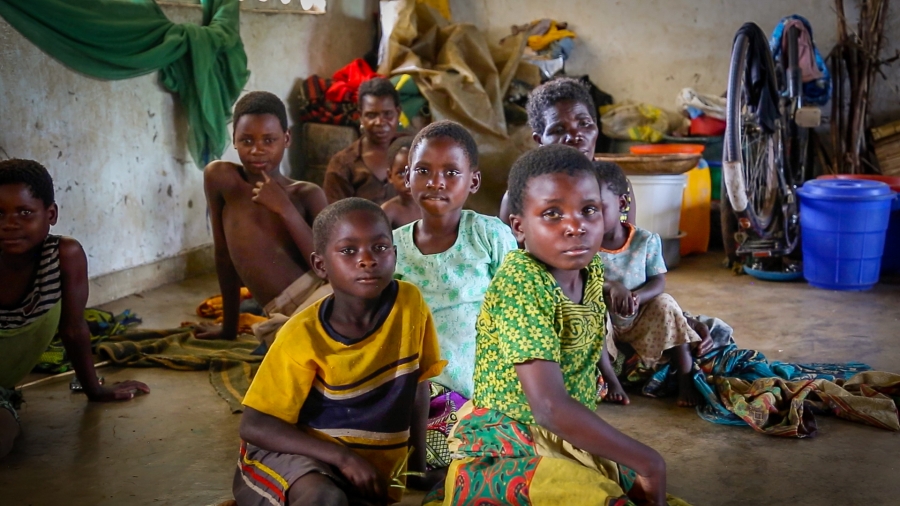 These children are among the 2,000 or so people sleeping on the concrete floors of Milala Primary School in Makawa, without bedding or mosquito nets.

Some of the 2,000 flood victims now sheltered at the Milala Primary School in Makawa gather on the gather outside two of the school's buildings. Malaria and malnutrition are starting to take hold in the isolated camp.