That's the title of a new sitcom starring Eugene Levy and Catherine O'Hara. Schitt's Creek tells the story of the wealthy Rose family, which has fallen on hard times and finds that its only remaining asset is the deed to a small town that the father bought because he thought the name was funny.

That's the fictional Schitt's Creek. But the real place is a village in Ontario, Canada, called Goodwood. Goodwood is home to about 600 people and it was where Schitt's Creek was filmed.

But instead of being offended by being portrayed as Schitt's Creek, the residents embraced the title.

“I think that’s wonderful. The town being chosen means we are number one," explains longtime Goodwood resident Bev Northeast.

Northeast says that even though Goodwood is a great place to live, she understands why it was chosen.

“Goodwood is a busy, busy community with two major highways dividing it. We have 40 gravel pits around it — how quaint are gravel trucks?”

Schitt's Creek was created by Eugene Levy and his son Daniel. It airs in the US on Pop TV and in Canada on the CBC.

And it's already been picked up for a second season, which is good news for Goodwood.

“We would love to have it go on," Northeast says.

She thinks that the village of Goodwood should advertise its new found fame.

"I would really like to see some signage that says ‘Schitt’s Creek was filmed in Goodwood' as you enter — I think that would be really exciting.” 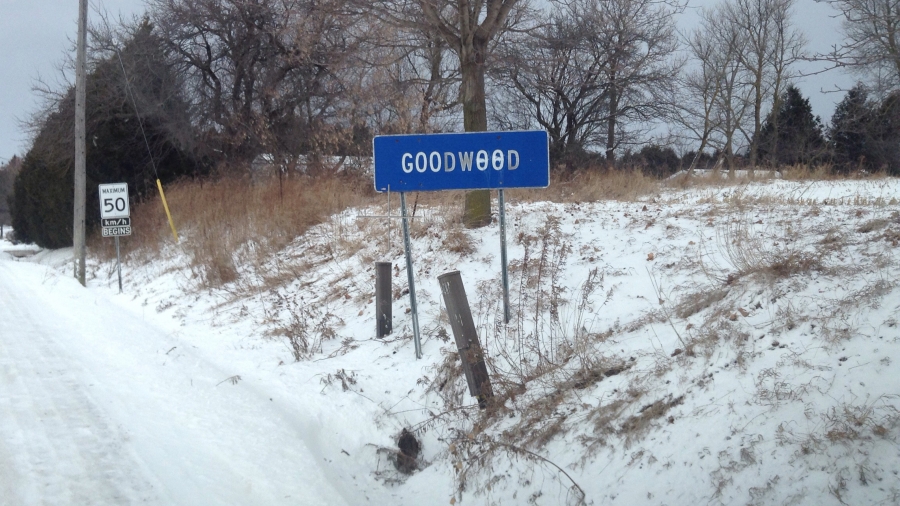 As for the show itself?