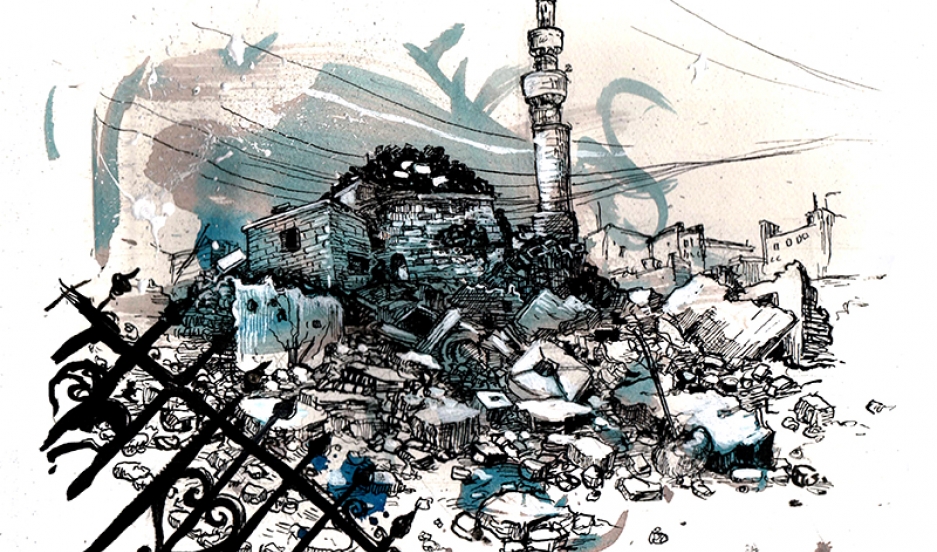 Molly Crabapple, a New York-based writer and illustrator, has created a series of illustrations for Vanity Fair showing street scenes of Mosul, Iraq.

Crabapple hasn’t been to Mosul. It’s become a no-go zone since Islamic State militants took control of the Iraqi city in June, 2014.

A source in Mosul sends Crabapple photos and she reinterprets them in her illustrations. She is always cautious to keep her source protected — for obvious reasons.

“ISIS has a habit of murdering people who take pictures and give them to western journalists.”

"One thing that this person sent me were pictures of property that’s been commandeered by ISIS. ISIS gave all non-Sunni religious groups the choice of either leaving, paying huge taxes and staying, or dying — so almost all of them fled. Businesses that used to be owned by either Christians or Shi’ites are actually marked with letters indicating their former owner’s religious group and with big signs that say ‘Property of the Islamic State.’” 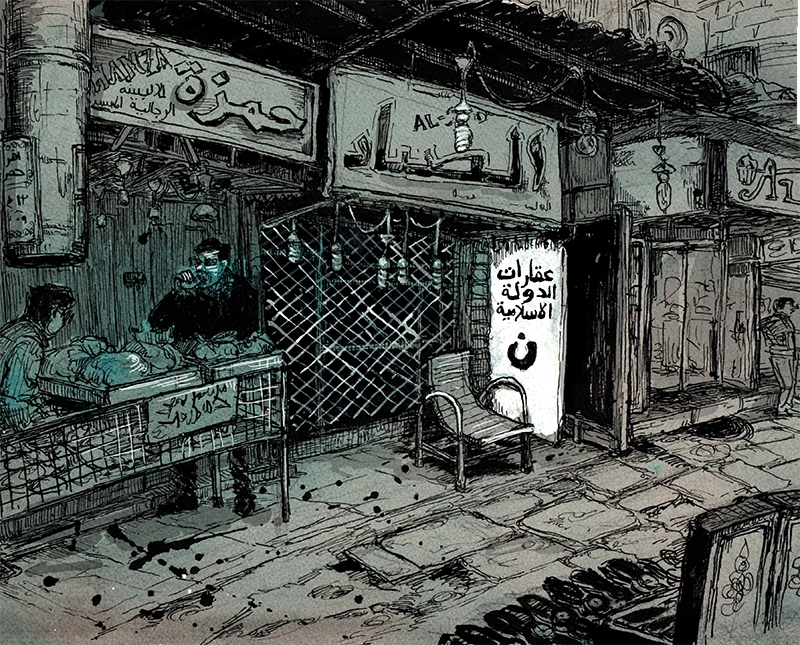 “Mosul, from the photos [my source] sent me, still feels like a city that’s clinging on to functioning. However, there are horrifying signs of ISIS’ presence there." 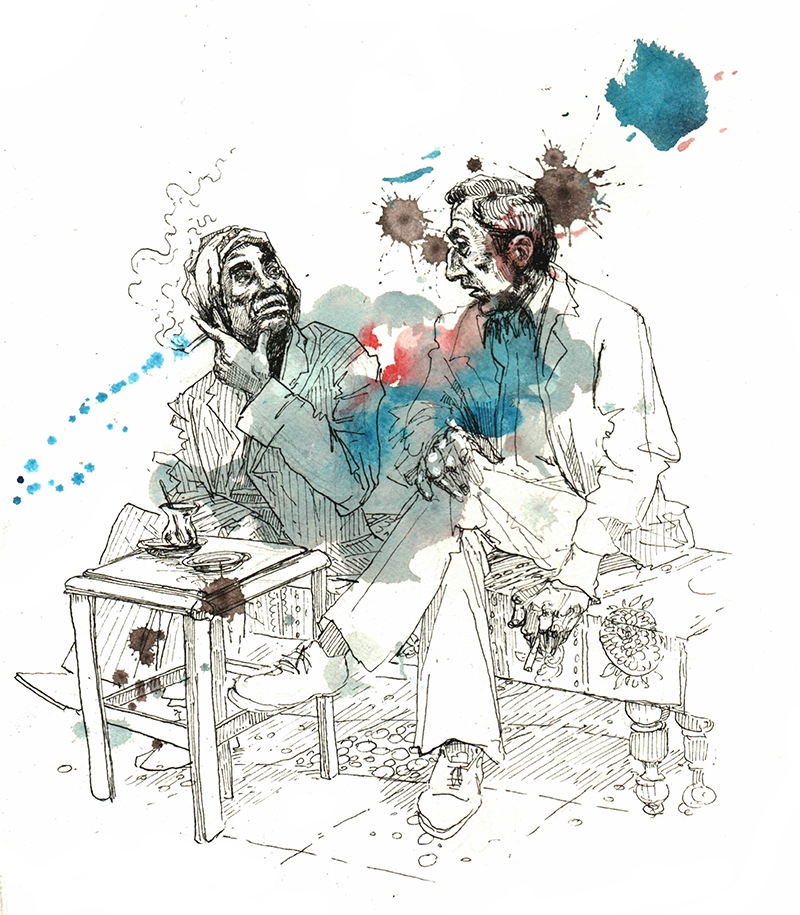 "One of the things I’ve been very proud of is that a number of people who used to live in Mosul, who unfortunately don’t anymore, have told me that the pictures are very resonant to them and felt real. For me, that’s the ultimate test of my work.” 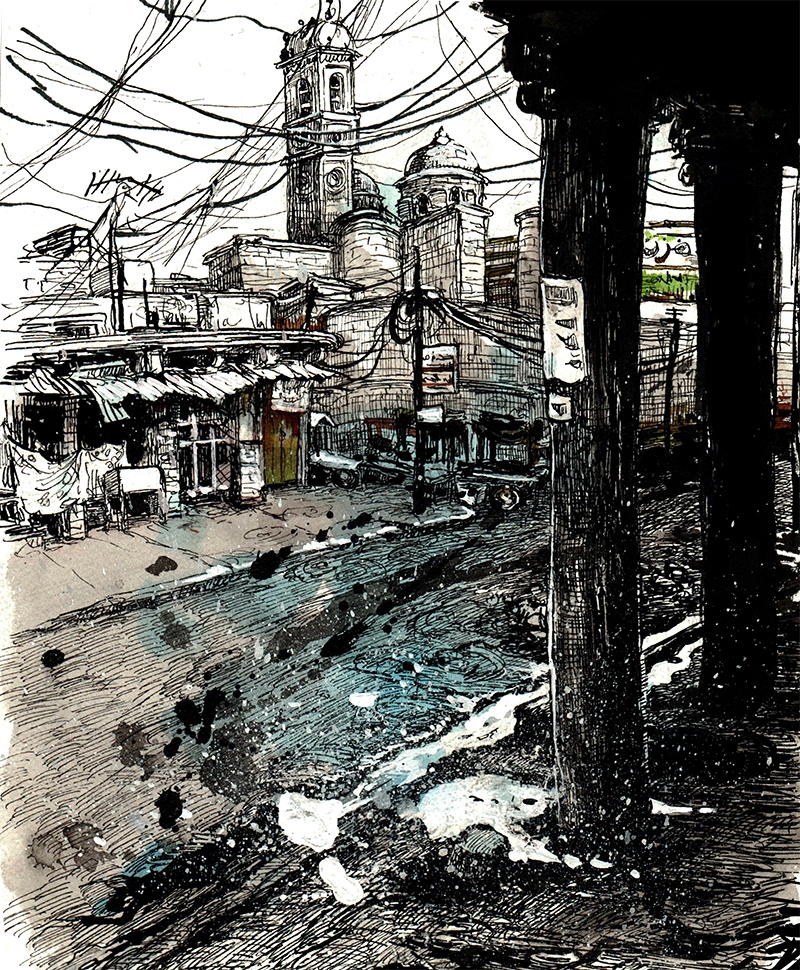