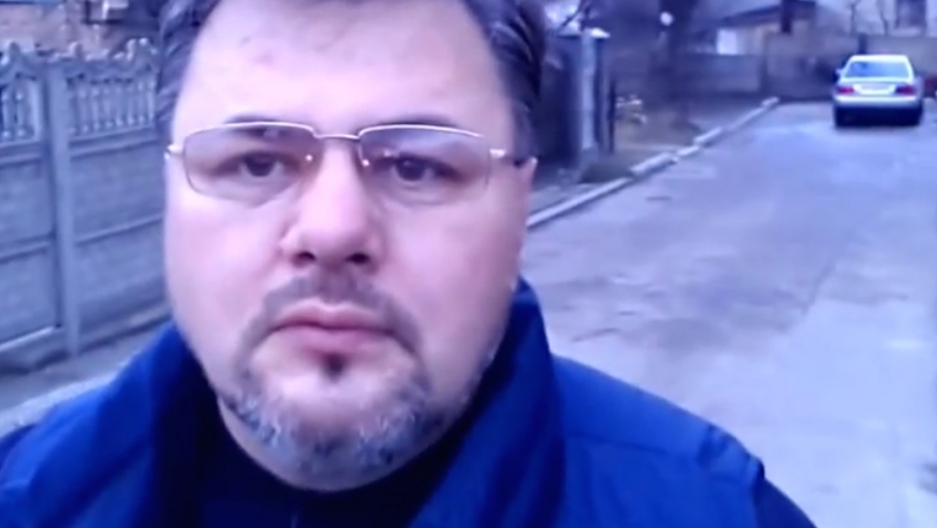 KYIV, Ukraine — To outside observers, Ruslan Kotsaba’s recent appeal on YouTube to boycott Ukraine’s military call-up seemed like one man’s protest against the system.

But to officials, it was the worst form of treachery. Now, the journalist from western Ukraine is under arrest by the Security Service of Ukraine (SBU), accused of treason and espionage amid a devastating war between Ukrainian forces and Russian-backed rebels in the east.

He is being held for 60 days pending investigation. If found guilty, Kotsaba faces at least 15 years in prison.

His arrest comes as a controversial fourth round of mobilization, aimed at calling mostly reservists between 25 and 60 years old into service, is hampered by reports of draft-dodging.

But it also highlights how Ukraine is waging a war on two fronts: against the separatists themselves, and against a potent Russian state media machine bent on derailing the Ukrainian war effort and smearing the Kyiv government as a “fascist” junta.

More from GlobalPost: Ukraine’s new peace deal: The good, the bad, the ugly

A pro-Russian separatist fighter looks at a destroyed tank in Uglegorsk, a few miles southwest of Debaltseve.

Kotsaba, with whom GlobalPost spoke just over a week before his arrest last weekend, protested against what he says is a “civil war” fueled in part by the Ukrainian authorities.

He also said he’d rather sit in prison than join the fight, calling for others to dodge a draft he believes is wrong because Ukraine hasn’t formally declared a state of war.

For Russian state media — which have dramatized the scale and extent of Ukraine’s mobilization problem — Kotsaba’s case is a propaganda gift.

He’s given a range of interviews to the Russian press. That's undoubtedly raised suspicion among pro-Ukraine supporters here.

Most Western observers agree that Russian state media have played a central role in stoking the war in eastern Ukraine, in which more than 5,000 people have been killed. Pro-Kremlin television regularly broadcasts inflammatory, anti-Kyiv reports that were crucial in stirring popular discontent in eastern Ukraine at the outset of the conflict.

One network was even accused of inventing a story about the crucifixion of a 3-year-old boy by Ukrainian forces last summer.

That may be partly why Ukraine’s security services took notice of the outspoken Ukrainian journalist.

Officials here allege that Kotsaba helped prepare a report for Russian state-owned television channel NTV about anti-mobilization protests in his home region of Ivano-Frankivsk, according to court documents. Combined with his public call to boycott the draft, they say his goal was to undermine the Ukrainian war effort.

The security service also claims Kotsaba was planning to leave for rebel-held territory for an undetermined period of time.

Yet some rights advocates and even fellow journalists are criticizing the Kotsaba arrest and what they consider a weak case for treason. Amnesty International has even named Kotsaba a prisoner of conscience.

“You may look at Ruslan Kotsaba’s position in various ways. But by arresting him for expressing his civic position, the Ukrainian government violates the fundamental right of expression Ukrainians fought for on Maidan,” Tetyana Mazur, the watchdog’s Ukraine director, said in a statement Tuesday, referring to central Kyiv’s public square that was home to last year’s pro-democracy protests.

To be sure, even most critical Ukrainian journalists have slammed Kotsaba as a Kremlin puppet, with one influential editor calling his protest an “anti-Ukrainian campaign.”

A closer look at Kotsaba’s public statements — in which he says there are “almost no Russian soldiers” in eastern Ukraine, despite what Ukrainian and Western officials have said is abundant evidence to the contrary — shows they closely coincide with the official Russian line, which is to deny Moscow’s involvement in the conflict.

But Kotsaba was also one of the few Ukrainian journalists who crossed the battle front to report on the rebels. He insists his goal was to tell both sides of the story, despite the alleged inconvenience it posed to the Kyiv government, which casts the separatists as "terrorists."

Others here have also raised questions over whether the authorities are correct to charge him with treason, especially when they’ve yet to prosecute high-profile politicians from the old regime known for supporting the separatists.

“There are many other more dangerous criminals who are 100 percent guilty,” said Denis Kazansky, a pro-Ukraine journalist originally from Donetsk. “These are basically traitors and spies who should be sitting in prison for life.”

Kotsaba's arrest comes as authorities are clamping down on wartime dissent, particularly in regard to mobilization. On Saturday, a top adviser to Ukraine’s interior minister said he and another parliamentarian submitted a law criminalizing public calls against the draft.

“It is aimed against paid and unpaid provocateurs, as well as gullible fools, who on the orders of the Russian intelligence services sow panic and hysterics in society with the goal of breaking Ukrainians’ will for victory,” said the adviser, Anton Gerashchenko.

Last December, officials also created a Ministry of Information Policy tasked with fighting back against the Russian information campaign. But some Ukrainian journalists panned the move as an attempt to influence the media.

Whatever the case, most analysts here agree it’s an uphill battle.

“Some people say [to counter Russian mass media] is simply impossible,” said Serhiy Zhurets, a defense expert in Kyiv, “but from the other perspective, it doesn’t mean we shouldn’t create our own methods to combat it.”