"Spring is coming" — A pedestrian walks past a pile of snow in Boston.

I haven’t told my 5-year-old daughter about global warming. There are some obvious reasons for that but one purely practical one is that she’d just be damn confused. Especially these last couple of weeks. The snowbanks outside our house in Boston right now are high enough for her to climb up into our cherry tree and sled down onto the sidewalk. How would she square that with her dad telling her the world is warming up? 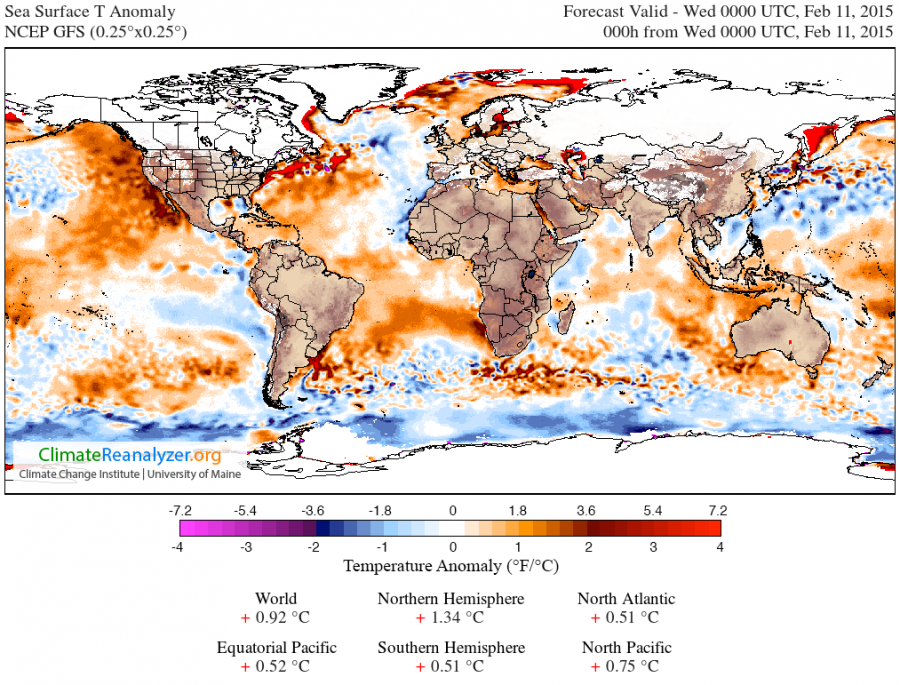 Sea surface temperatures off the northeastern US and eastern Canada are far higher than average this winter, which adds lots of moisture to the atmosphere. When that moist air meets cold air coming from the north, the result can be a lot of snow.

And it’s not just confusing to five year-olds. The unrelenting blasts of snow that have hit Boston over the past few weeks are enough to give even those most well-schooled in climate science a bad case of cognitive dissonance. Distilled into a Tweet, the question might simply be, “WTF?”

The answer, perhaps not quite so distilled, might be “ICSGCITWBOTAAOAWUATMMMITAAMPAWTMHBFATTCMALOS.”

Translation: It can still get cold in the winter, but overall the air and oceans are warming up and that means more moisture in the air and more precipitation, and where that moisture hits below-freezing air temperatures, that can mean a lot of snow.

Which is exactly what’s been going on in New England these past few weeks.  The jet stream is shuttling a series of storms from the west just south of New England. North of us we’ve had a series of big high pressure systems churning cold air down from Canada. Just to the east we have the Atlantic, where there’s a stretch of extremely warm water running up the coast from roughly the Carolinas to Newfoundland. 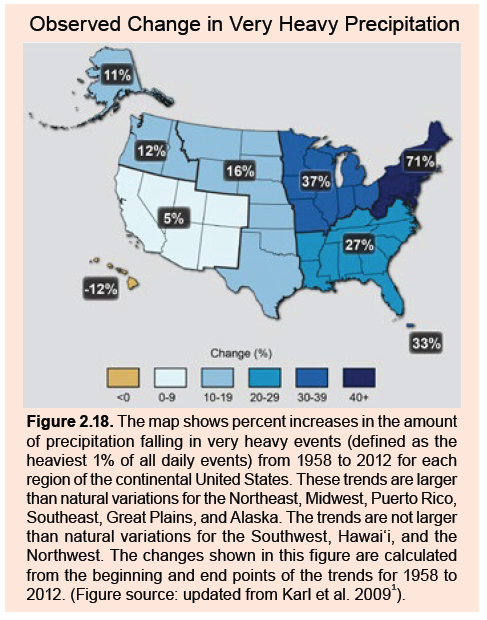 That warm Atlantic water pumps moisture into the air, the storms coming east pick it up and intensify when they hit the ocean, and the warm/wet-cold/dry systems converge like two gears to pour snow onto New England.

So we’re getting wetter here in New England. On average over the year we’re also getting warmer. Both are likely results of rising levels of CO2 and other heat-trapping gases in the atmosphere. But we’re also in a part of the world where, when the northern hemisphere tilts away from the sun, it can still get very cold.

Add those two up, and you can still get a lot of snow, even in a warming world.

Check out this much more detailed, although less geographically focused, explainer from atmospheric scientist  Kevin Trenberth at the National Center for Atmospheric Research.

Related: How the warming Arctic might be behind Boston's deep freeze