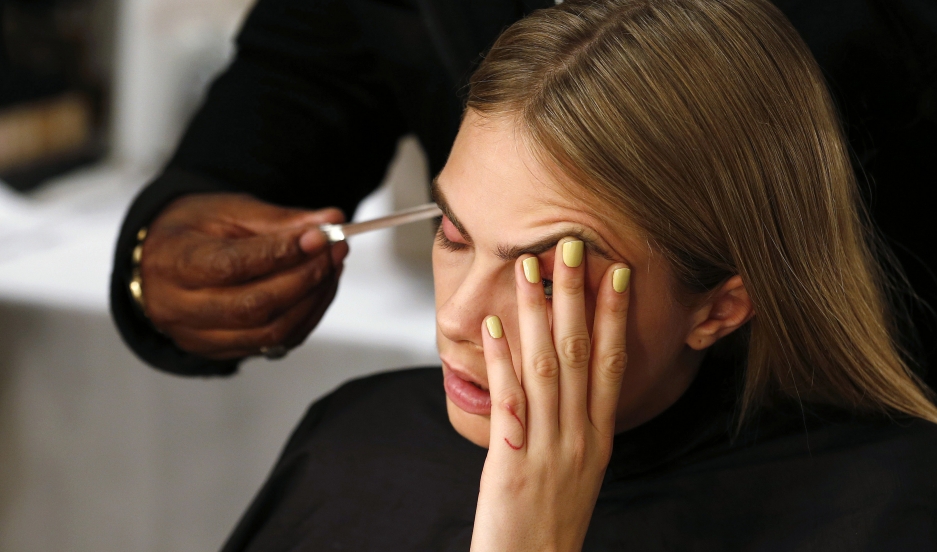 Author Amanda Filipacchi grew up defining beauty by the standard set by her gorgeous mother, Sondra Peterson, an elite Ford model frequently featured in Vogue, Elle, and Harper's Bazaar in the 1950s and 60s.

Filipacchi is author of The Unfortunate Importance of Beauty, a novel that imagines a beautiful woman hiding under an elaborate disguise to make herself appear unattractive, with the hope that it will help her find real love.

“I have a sort of love-hate relationship with beauty,” she says. “I think it’s sad how important it is — it’s kind of tragic. Yet, I myself love it; I can’t help it — most people do.”

Filipacchi, who says she didn’t set out to write a novel about beauty, was struck by society’s hidden and blatant messages of beauty and its importance therein.

“The classic fairy tales, they don’t send a good message—all the girls are always beautiful,” she says. “They may be dirty like Cinderella, or they may be poor. Anything is fine, but you have to be beautiful or you’re not worthy of a fairy tale. And that’s unfortunate.”

Hear Amanda Filipacchi:
In her own voice

I have a sort of love-hate relationship with beauty. I think it’s sad how important it is — it’s kind of tragic. Yet, I myself love it; I can’t help it — most people do.

Filipacchi says she admired her mother greatly and was never jealous or resentful of her beauty. However, she did have to deal with comments on her mother’s appearance—when she was younger, a man she was seeing even said, “It must be hard to have a mother who’s that beautiful.” Yet, despite having a high-profile mother in the fashion industry, Filipacchi says she was often “fascinated” by beauty.

“I would make airbrush posters of my mother’s modeling pictures and things like that,” she says. “But I was thinking recently that if retouching of models on covers didn’t exist, I think perhaps everyone would appreciate each other more.”

Though the trends of the moment often influence societal views of beauty, for much of the Western world, ideas of beauty date back to the ancient Greeks. But Filipacchi doesn’t subscribe to those standards.

“I’m not sure that the ‘ideal’ Greek beauty is our taste anymore,” she says. “In some of our actors nowadays, I find some much better looking than [Michelangelo's] David.”

Filipacchi says that she used to believe in tools like makeup, but she’s since moved away from that notion.

“I used to really feel that it could make anybody look beautiful,” she says. “After a certain age, when I was about 30 and I had to start wearing glasses, I thought, ‘Forget about the makeup — what’s the point if you have to wear glasses? It ruins the whole effect.’ There, my tastes changed. Over the years I’ve started finding women who don’t wear makeup more beautiful.”

Whether it’s cosmetics, fairy tales, or magazine covers, Filipacchi argues that beauty often controls us all.

“It would be good if we could make efforts to free ourselves — to sometimes try to see beauty in people, to give them a chance, or let it be an acquired taste,” she says. “Our society often talks about inner beauty; that that’s what counts. But we fail.”