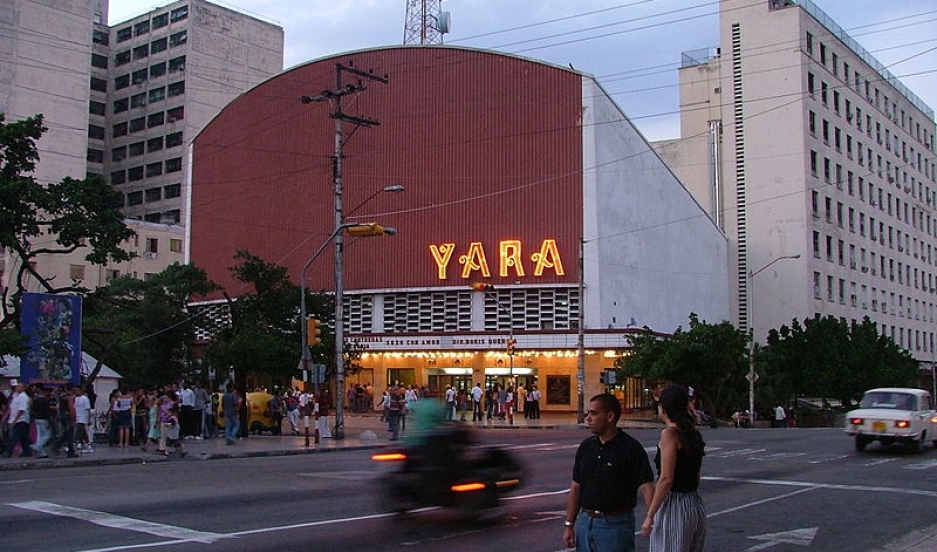 Netflix's move into Cuba, while of middling benefit to the nation's Internet-challenged residents, may pay off big for some of the best, most creative Cuban filmmakers.

On Monday, Netflix announced that "people in Cuba with Internet connections and access to international payment methods will be able to subscribe to Netflix and instantly watch a curated selection of popular movies and TV shows." The announcement came despite an environment in which even those Cubans who have Internet access do not have a strong enough connection to watch videos online. Nor do they have credit or debit cards to pay for service.

Have you ever watched Netflix while on vacation abroad?

Elaine Diaz writes that the company will likely only reach “foreign tourists staying at high-end hotels on the island”.

Most colleges in Cuba manage access to Internet for students and professors by establishing limits to the amount of time they spend online, or the amount of information they download. For example, a professor can only download 80 MB of data in a month. With all that the Internet offers for university-level scholars, it is difficult to imagine that anyone in this position would use their Internet connection to watch half of an episode of a TV series once a month.

The most recent statistics provided by Cuba’s National Office of Statistics and Information, for the year 2013, reflect that only 26 percent of the Cuban population had access to an Internet service or a home network, which provides e-mail and permits the use of websites based in the country. This is one of the lowest Internet penetration rates in Latin America and the Caribbean. The survey also identified the existence of only 90 computers for every 1,000 inhabitants.

Internet access policy in Cuba prioritizes free usage in universities and research centers, but limits individual use to public access points with very high prices in comparison to the average income of citizens. One hour of Internet browsing costs $4.50 and it is only reduced 60 cents for domestic-only navigation. Less than 1 percent of local residents have Internet connections in their homes, almost none of which are strong enough to support streaming or downloads of video files.

In order to use Netflix services, Cuban subscribers would also need access to what the company describes as “international payment methods.” But most Cubans do not have credit or debit cards and cannot use PayPal, either. President Barack Obama promised in December that US citizens would soon be able to use US-based credit cards on the island, as part of renewed relations between the two countries. But there has been no indication that the same will be true for Cubans any time soon.

Netflix co-founder and CEO Reed Hastings said “we are delighted to finally be able to offer Netflix to the people of Cuba, connecting them with stories they will love from all over the world.” But if they reach anyone at all, it will most likely be foreign tourists staying at high-end hotels on the island, which do have broadband Internet connections.

Hastings also expects to be able to bring the work of Cuban filmmakers to Netflix’s global audience of over 57 million members. That's significant. Although this component of Netflix’s announcement has received considerably less media attention, it may be the company's most realistic (and laudable) goal with respect to Cuba, at least for now.