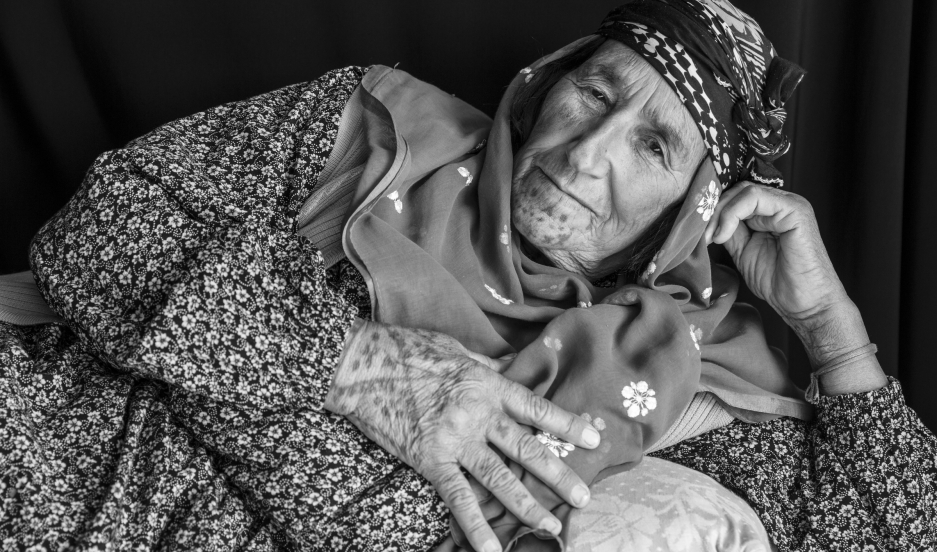 Safi Haso, who says she's "about 70", is from Girik village in Kobane. "We are probably the last generation that has tattoos," she says. "All Kurdish women had them." In addition to facial, hand and neck tattoos, Haso has tattooed her own breast with circles around the nipples.

When you imagine refugee camps, the images that come to your mind, more often than not, are ones of misery.

No doubt, they are difficult places to live — people living there have fled war, famine or some other disaster, typically. Photographer Jodi Hilton, however, argues that we should not focus only on the negative.

And that's what she did last fall, when she visited a Syrian refugee camp in Turkey that was right on the border with Syria. 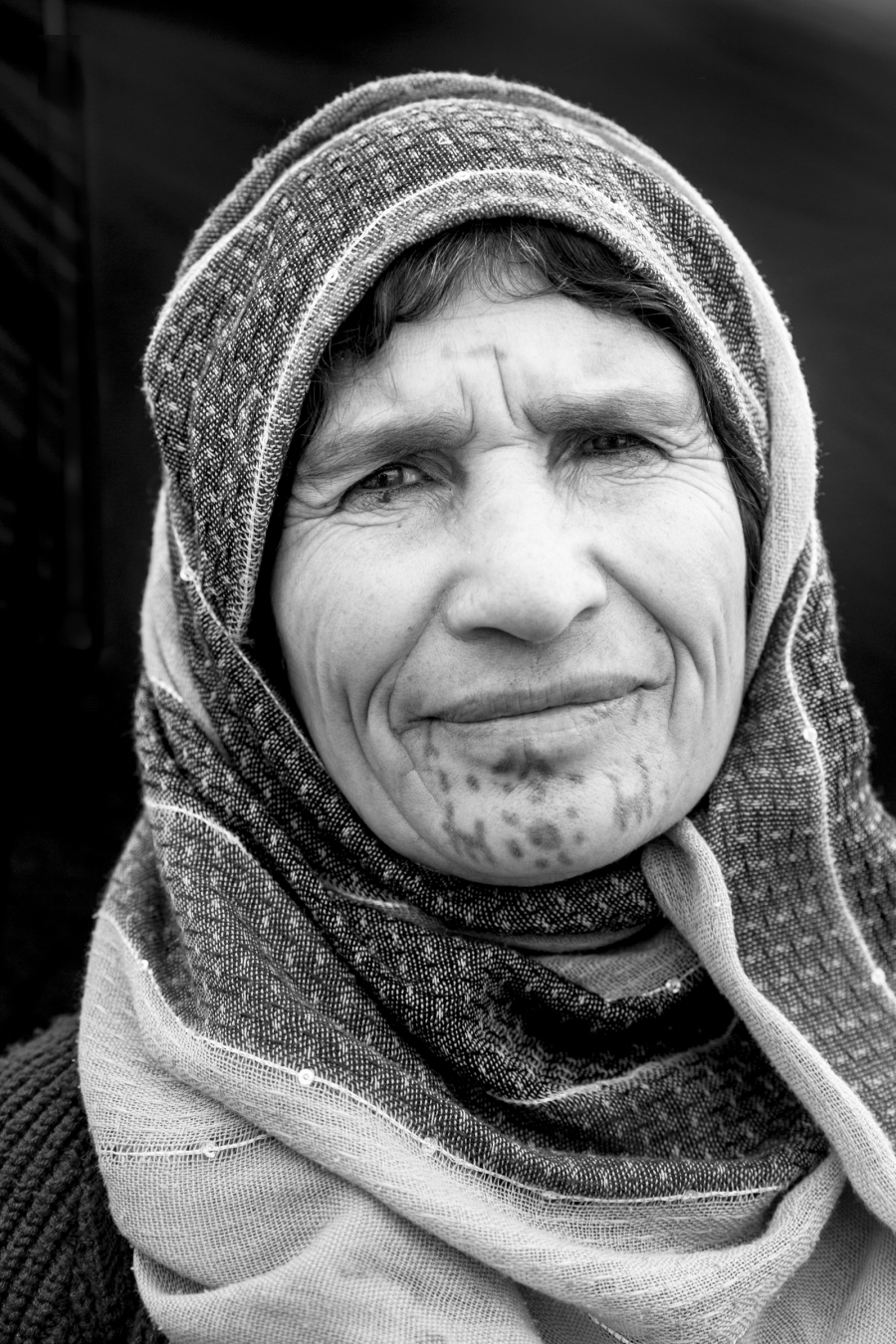 Amina Saleh--60 year-old woman from Musko, a village of Kobani, at Bulgur Fabrikası refugee camp in Suruc, Turkey, October 25, 2014. Mother of 6, she got her face tattooed when she was about 10 years old.

Among the men, women and children who had fled the ISIS assault on Kobane, Hilton met a number of older women who had a lot of tattoos — prominent ones, too.

"Most of those tattoos were on their chins ... most are geometric designs like dots, stars, Xs and inverted Vs," she says.

The tattoos are a representation of a tradition called "deq." Hilton says that while most of these tattoos are on women's faces, some appear in other places on their bodies as well.

"You also see them on the hands and when you inquire further, they also have them in some hidden places ... like ankles, on the chest and the neck," she explains.

Hilton says one of the women she talked to showed her a tattoo she had on her breast.

Some of the tattoos carry symbolism: One in the shape of a vine refers to productivity and fertility. Others are tribal identifiers.

The ink is a natural amalgamation, though the history of the art itself is unknown.

"The ink is a combination of soot and breast milk and occasionally they would add gallbladder liquid from an animal to make the color ... and to make it a better ink," Hilton says.

But this is a dying art. Younger women don't like to be tattooed and the few that do go for, say, a small dot in between the eyebrows or on the chin. The older women who have them, though, are proud.

One woman told Hilton that when she was young, tattooed women were seen as very desirable. She said her own husband loved her tattoos. When she was sick and in the hospital, she said, her husband "would just kiss her on her tattooed places," Hilton says.

With her portraits, Hilton says, she wanted to show that if you look closely, you can find beauty everywhere — even in a refugee camp.