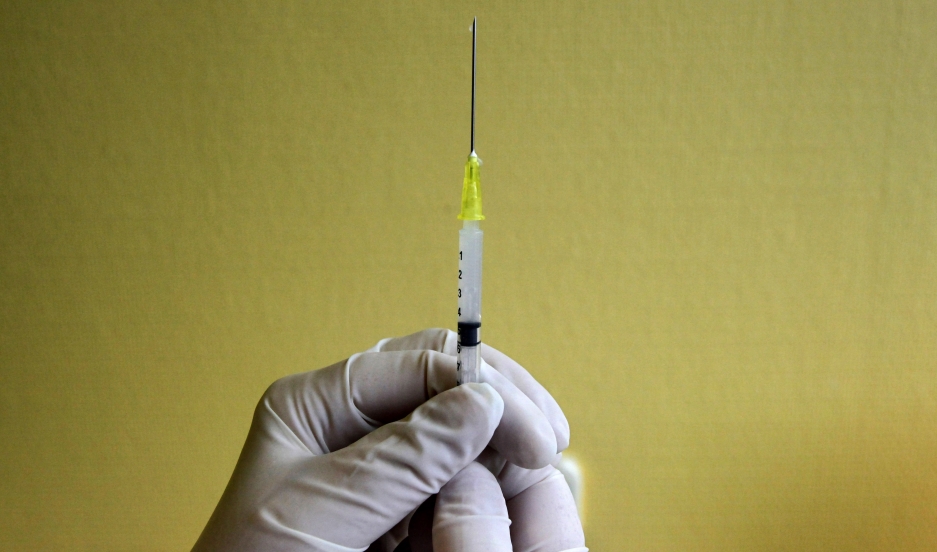 Innoculation always prompts anxiety. Here's how France dealt with it three centuries ago.

For all the families out there still vaccinating their kids maybe what they need is a headdress declaring their stance. Perhaps something that would really stand out and say, "I'm a concerned parent, and I don't want my kids to get sick and die."

Maybe a giant hat or a wig would do the trick? Sounds crazy, but that tactic seemed to work in France in the 18th century during a scourge of smallpox.

Milliners in Paris created a headdress to commemorate the inoculation of King Louis XVI against smallpox. Kimberly Chrisman-Campbell recently wrote in The Atlantic about the headdress and how fashion was used to combat 18th-century fears of the smallpox inoculation.  "Smallpox inoculation had been practiced in Asia and the Middle East for centuries, but it was a fairly new thing in Western Europe. It had been introduced in about 1718 by Lady Mary Wortley Montagu, who was the English Ambassadress to Turkey," says Chrisman-Campbell.

Inoculation was not a simple affair. It involved actually catching smallpox. To catch the disease, healthy patients would insert the puss from a smallpox patient suffering a mild form of the illness. "Once you had it, you were immune, but the trick was to get a very mild case that wouldn't kill you in order to get the immunity. And it often went bad, so there were a lot of fears surrounding the procedure," says Chrisman-Campbell.

After King Louis XV died of smallpox, the newly anointed King Louis XVI decided to become inoculated against the disease. So Louis XVI and his two brothers, according to Chrisman-Campbell, underwent the procedure. And to commemorate their immunity, milliners in Paris created a celebratory headdress called the pouf à l'inoculation.

"It was a tall powdered hairstyle and in it was the serpent of Asclepius, representing medicine; a club, representing conquest; a rising sun, representing Louis XVI; and a flowering olive branch, symbolizing the peace and joy resulting from the royal inoculation," says Chrisman-Campbell.

The headdresses took off as the fashionable "it" item of the day. They were reported widely in Paris newspapers and gossip rags, says Chrisman-Campbell. And the popularity of the headdress led to a wider acceptance of the inoculation procedure.

"It didn't just send a message that inoculation was safe and normal, it made it look cool," says Chrisman-Campbell. She is a historian and also the mother of a 2-year-old. After the recent measles outbreak in Southern California, miles away from where she lived, she thought about the Louis XVI headdress.

"My first thought was, 'Oh, if only we had a pouf à l'inoculation," says Chrisman-Campbell, "The pouf was effective because it was the person who had been inoculated wearing it. So I did find a few T-shirts for little kids saying 'Fully vaccinated. You're welcome.'"