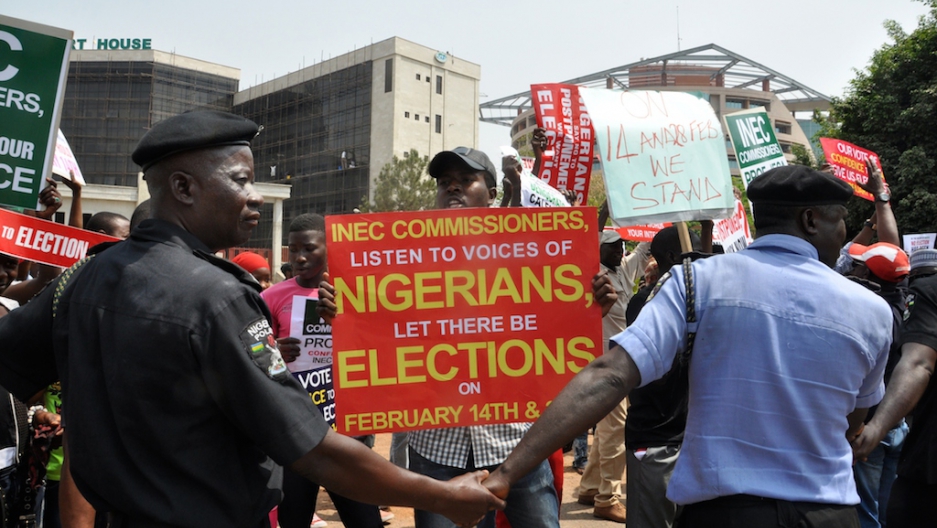 CAPE TOWN, South Africa — Nigeria’s national security advisor has made a brazen pledge: the country’s military will “take out” all Boko Haram camps in just six weeks, in time for a newly rescheduled election.

Most Nigerians are skeptical of the claim. For nearly six years the country’s northeast has suffered worsening attacks from Boko Haram insurgents, and the military has made little if any headway.

But a week ahead of Feb. 14 general elections, state security agencies declared with sudden resolve that they will be embarking on a new campaign against the Islamist group — and therefore unavailable to safeguard polling stations. So the vote was rescheduled for late March.

It’s a worrisome development for Nigerian democracy. The Situation Room, a coalition of civil society groups, said the delay amounted to “the military’s abdication of its constitutional duties to provide security to citizens and to the commission to enable it conduct elections.”

This, in turn, “appeared contrived to truncate the democratic process in Nigeria.”

“There must be political reasons because the Boko Haram insurgency has been rampaging in the northeast for over five years without any serious efforts to contain it,” wrote Jibrin Ibrahim, a member of the Situation Room, in a column.

“Why wait until the elections are before us before announcing that all security personnel would be fully occupied with the insurgency and would not be available for electoral duties?”

Nigeria, Africa’s most populous country and its biggest economy, has spent much of the last 50 years under military rule, returning to democracy only in 1999. The delay in voting comes in the midst of a tight race between the incumbent, President Goodluck Jonathan, and the main opposition candidate Muhammadu Buhari. One poll found both sides at 42 percent.

There are concerns that the election, having been postponed once, could be put off again if the military operation against Boko Haram is prolonged.

Attahiru Jega, the largely respected chairman of Nigeria’s Independent National Electoral Commission (INEC), said that he could not “lightly wave off the advice of the nation’s security chiefs.”

“We call on the security agencies to honor their commitment to restore sufficient normalcy for elections to take place within the period of extension,” Jega said.

US Secretary of State John Kerry, who visited Nigeria last month to urge fair elections, said the United States government is “deeply disappointed” by the postponement.

“Political interference with the Independent National Electoral Commission is unacceptable, and it is critical that the government not use security concerns as a pretext for impeding the democratic process,” Kerry said, in a strongly worded statement.

Meanwhile, Boko Haram appears to be continuing its campaign unabated.

In recent days fighters have launched three attacks in four days on neighboring Niger — along Nigeria’s porous northeastern border — targeting a prison in the latest onslaught.

Nigeria along with Niger, Chad, Cameroon and Benin on Saturday agreed to amass 8,700 troops, police and civilians for an African Union-backed regional force against Boko Haram.

When asked what could be accomplished before the new election date of March 28, the Nigerian national security advisor, Mohammed Sambo Dasuki, said that “all known Boko Haram camps will be taken out.”

“They won't be there. They will be dismantled,” Dasuki told AFP.

But in a new video from Boko Haram, leader Abubakar Shekau dismisses any threat to the group from regional forces, saying: “Your alliance will not achieve anything. Amass all your weapons and face us. We welcome you.”