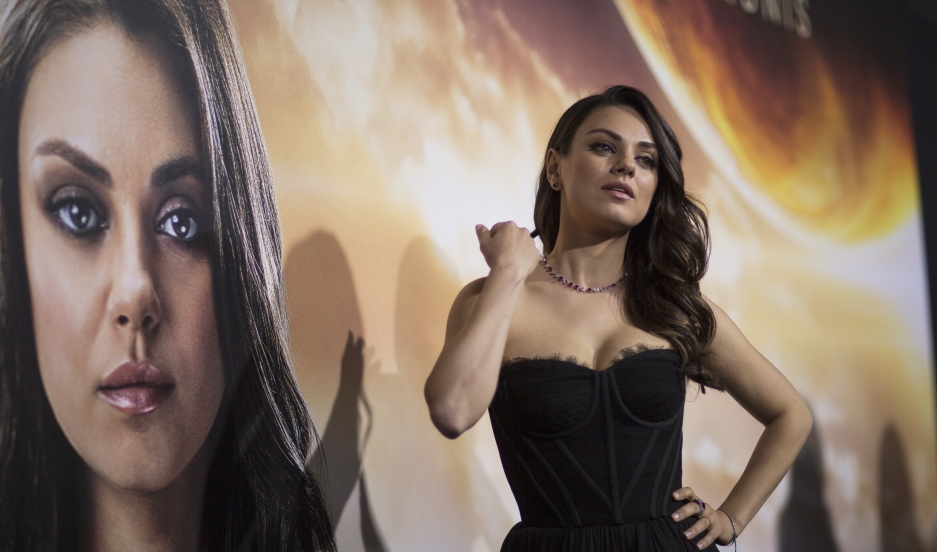 So much intergalactic insanity, sea floor shenanigans, and high fantasy hijinks on this week’s movie openings.

Don’t get your hopes up, though, because Rafer Guzman, film critic for Newsday, and Kristen Meinzer, culture producer for The Takeaway, say it’s all mediocre at best.

The team behind ‘The Matrix’ is back this week with a decadent sci-fi adventure starring Mila Kunis and Channing Tatum. Our critics agree: this is a movie to avoid.

“I don’t know if you’re going to see anything this bad this year,” Kristen says. “This is just phenomenally horrible.”

Kunis plays Jupiter, a lowly housecleaner in Chicago turned intergalactic queen who falls in love with Caine (Tatum) a genetically engineered alien as they desperately try to save the world. Nothing — from the CGI to the costuming — is redeemable.

“This movie is so bonkers, so completely out of its mind, so insane, it’s really kind of unbelievable,” Rafer says. “People were laughing their way through almost the entire film. It’s abominable. “

The SpongeBob Movie: Sponge Out of Water

Bikini Bottom is thrown into chaos when the secret formula for Krabby Patties is stolen. It’s up to SpongeBob and the gang to find it and rescue the town.

“If you’re a SpongeBob fan you’ll find a lot to enjoy here,” Rafer says. “It’s basically a half-hour episode stretched into 90 minutes. It’s mostly jokes, not a lot of story.”

Kristen agrees that while it’s not revolutionary, it is something you can bring your kids to without too many regrets.

“It’s tolerable,” Kristen says. “There’s enough sort of Simpsons-y humor in there to get you to laugh now and then.”

This CGI-heavy feature starring Jeff Bridges, Julianne Moore, and Ben Barnes mixes Renaissance festival costumes with dragons and witches. While it has a lot of big talent, Rafer and Kristen say it’s not very original.

“It just seemed like it was a bad version of Xena (The Warrior Princess),” Kristen says. “Just watch Xena instead. Xena’s a great show.”

Final verdict: it might just be a good weekend to stay home and watch Netflix.

This article is based on a conversation on The Takeaway's Movie Date podcast.