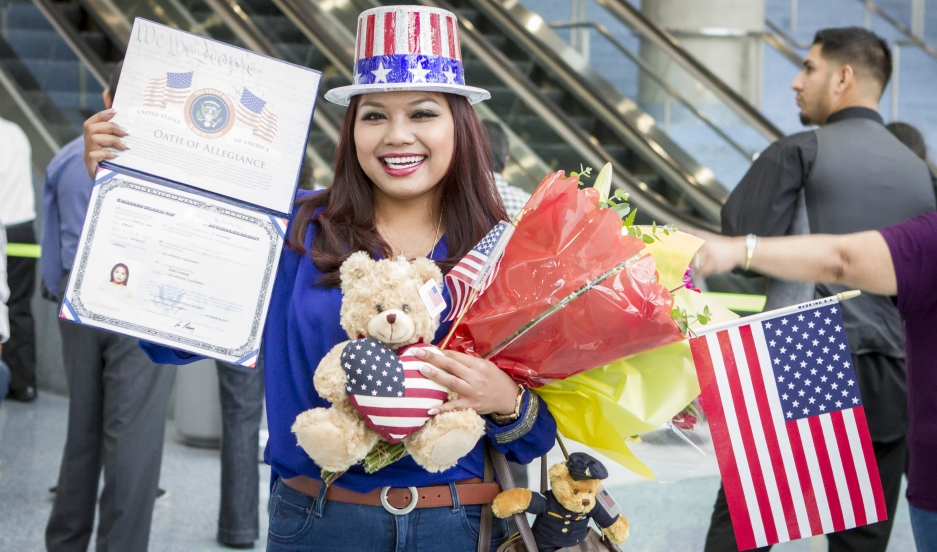 Chhom Nimol, lead singer of Dengue Fever, became a US citizen on October 22, 2014

Chhom Nimol is the lead singer of the Los Angeles-based band Dengue Fever. And now, she's also a citizen of the United States.

Nimol has been waiting 14 years to become a citizen, and it finally happened last October in a ceremony at the Los Angeles Convention Center.

Now that she's a officially an American, touring with Dengue Fever just got a lot easier.

In the days before she became a citizen, Nimol says that her band all had "blue passports," while she had her Cambodian one. She'd have to go through a different line at airports, splitting from the band and holding things up.

But on a recent tour to South Korea, Japan and Hong Kong, when Nimol and Dengue Fever came back,"it was so easy," she says. "They didn't ask too many questions. They just said, 'Welcome back home.'"