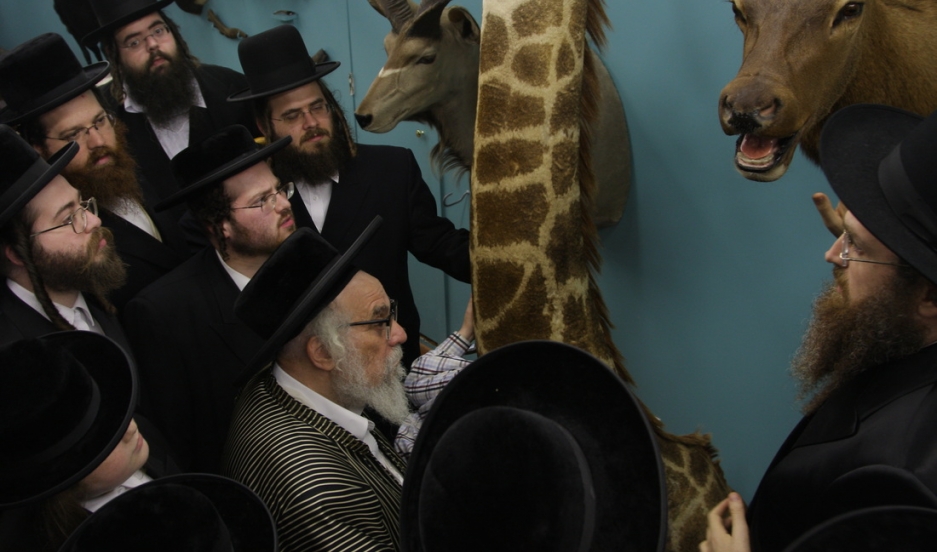 The founder of Torah Animal World in Borough Park, Brooklyn, says the museum gets 3,000 visitors a week.

About a year ago, an unusual item popped up in my local news: Torah Animal World in Brooklyn was broke and about to close. That made me go, “Oh no! … Torah Animal what?”

Turns out Torah Animal World was a museum in a Hasidic neighborhood filled with animals mentioned in the Old Testament.

It wasn’t hard to believe that a museum in a distant corner of Brooklyn dedicated to biblical taxidermy was struggling to pay the bills. The headlines soon disappeared, but I recently wondered, what ever happened to Torah Animal World?

Call it a mitzvah, but the museum found the funds to keep its doors open and keep bringing the bible to life — so to speak. Rabbi Shaul Shimon Deutsch is the creator of Torah Animal World, which is housed in a modest two-story rowhouse in Borough Park. The place is crammed with everything from an African elephant and an Arabian oryx to a dismembered giraffe.

“Now, a giraffe in Hebrew is called a zemer,” says Rabbi Deutsch, “and this is an actual foot of a giraffe that we let children hold.” 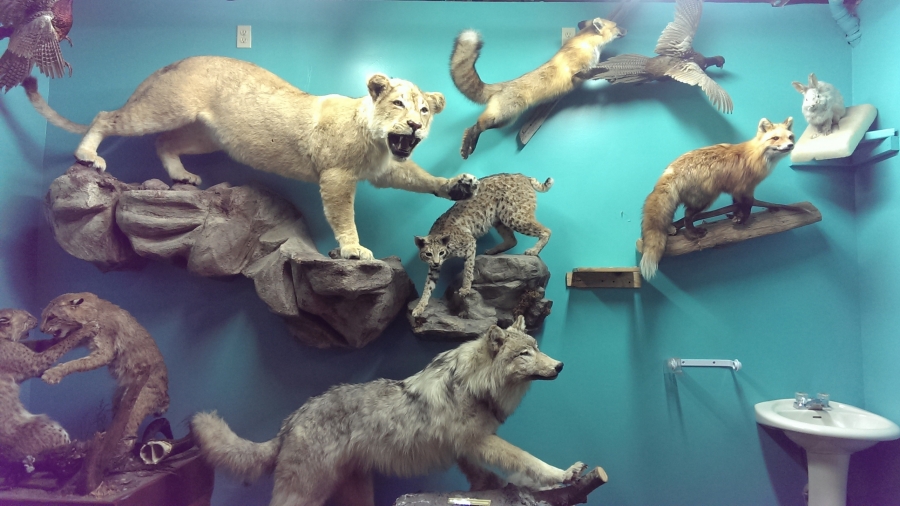 Torah Animal World is crammed with creatures mentioned in the Bible, but the collection is not complete.

The Rabbi says that experiencing these animals up close helps unlock the Old Testament’s dense metaphors, which tend to require an intimate understanding of hooves, horns and snouts.

Beyond the spiritual, though, there are other Biblical imponderables:  Did Moses actually exist? Was there really a flood? And what exactly is a tsvi?

“The actual meaning of a tsvi is very big disagreement among rabbinic commentators,” according to Deutsch. “Some same that it’s the ibex, which is a wild goat, and some say it’s the gazelle, which is a type of antelope.”

This isn’t just an obscure translation issue. Telling a tsvi from, say, a yael (also, a kind of wild goat) is a practical matter, for instance, when the Jewish New Year rolls around.

“You’re allowed to make a shofar — the horns that we blow on Rosh Hashanah — from the horn of a tsvi and a yael,” says Deutsch. “But guess what? From a deer you cannot make a [shofar]. They’re antlers are totally not suitable for that.”

Visitors to the museum are sometimes surprised to see what the original horns used for a shofar actually look like, and sound like.

“If you look at the shofar, it’s nice and straight. And people often ask me how does it go from that, to what you blow? And the answer is that they cook it for about five minutes and straighten it out, because it makes it much easier for the person blowing.”

You can actually hear the effort when the rabbi blows a 200-year-old curled shofar, originally from the Jewish community in Amsterdam. 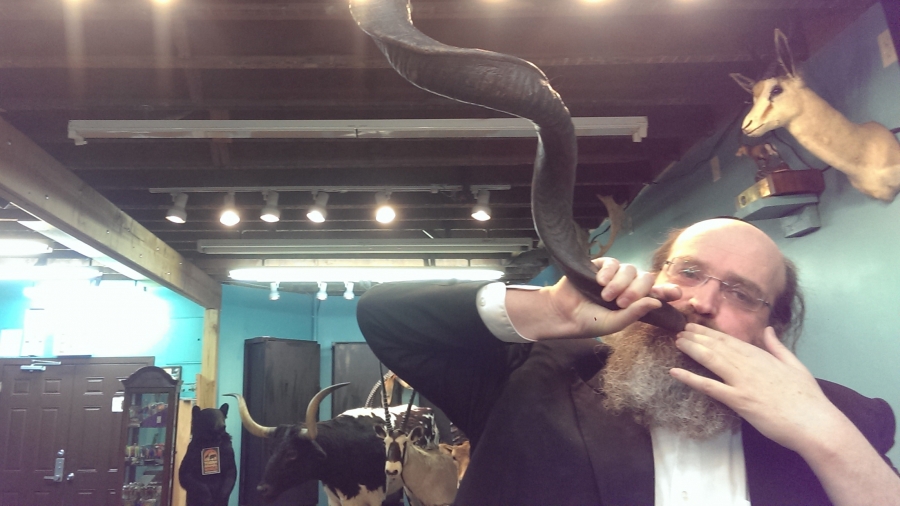 Rabbi Shaul Shimon Deutsch demonstrates how hard it is to get a sound out of this 200-year-old curled shofar, originally from the Jewish community in Amsterdam. More modern shofars are typically boiled and straightened.

The issue of what kind of horn to blow isn’t an everyday concern for observant Jews — unlike the question of what kind of food is kosher. The Old Testament is pretty clear about what constitutes a Kosher animal: it must chew its cud, its hooves must be cloven, and it can’t be a predator. You’d think after a couple of thousand years the question of what’s kosher would pretty much be settled.

At the center of that debate? The muntjac deer.

“Now, you see those teeth sticking out? He will use them in order to slash his competition,” says Deutsch. “Now some people feel, based on a certain Talmudic expression, that those canine teeth make him to be a non-kosher species within the deer family.”

Okay, I have to ask, but are Jews really lining up to nosh on this weird, toothy deer?

“The answer, believe it or not, is that there are kosher restaurants who are trying to cater to a certain upper-class clientele. And they will try to get stuff that you usually don’t have; something exclusive,” he ways. “And the rabbis have to weigh in on these subjects.”

Kind of a terrifying thought, considering that giraffes are also kosher. For the record, I couldn’t find any Kosher restaurants serving giraffe.

With the museum itself off the endangered species list, Rabbi Deutsch has ambitions to build on his collection.

“I would love to have an okapi to show kids this is the cousin of a giraffe.”

And just because an animal is rare — even mythical — doesn’t mean he’s given up on acquiring it: like the unicorn, which is not in the bible but does get a mention in one of the commentaries.

“We have an expression in Hebrew: for what we have not seen doesn’t mean it’s not there.”

After all, the Rabbi points out, a new species of frog was discovered on Staten Island just last year.