Without even realizing it, the sets of our favorite sitcoms become as recognizable and ingrained in us as the characters who inhabit them. As much as we all gossiped about Friends' will-they-or-won't-they Ross and Rachel, we also dished about that cavernous Greenwich Village apartment that somehow young adults with tenuous job situations were able to inhabit without worrying about getting priced out of the neighborhood. And who can forget that Golden Girls kitchen where so many bowls of ice cream were shared and so many flashback episodes began? 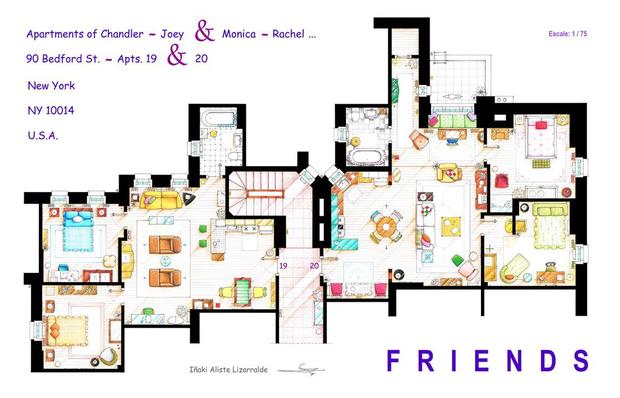 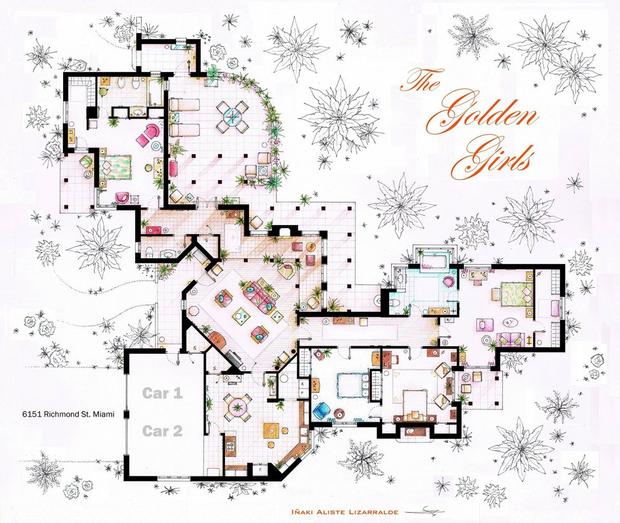 Luckily, there are artists out there who care as much as we do. Brandi Robertsand Iaki Aliste Lizarraldehand draw meticulous floor plans of famous television homes. Both artists are professional interior designers, and they take this work seriously enough to have a serious rivalry. In 2013, Roberts issued a cease and desist against Lizarralde for copyright infringement. But it appears their legal issues have been settled and that the world is, in fact, big enough for two artists drafting fictional TV floor plans.

Roberts is a native of Columbia, South Carolina. She started drawing floor plans around age seven. Thirty-plus years later, she says she has turned out more than 135 floor plans for fictional TV homes spanning seven decades. Her renderings providean interesting look at how America's values and our culture have evolved since the 1950's. "America has come a long way since the era of the twin beds on I Love Lucy and The Dick Van Dyke Show," says Roberts. 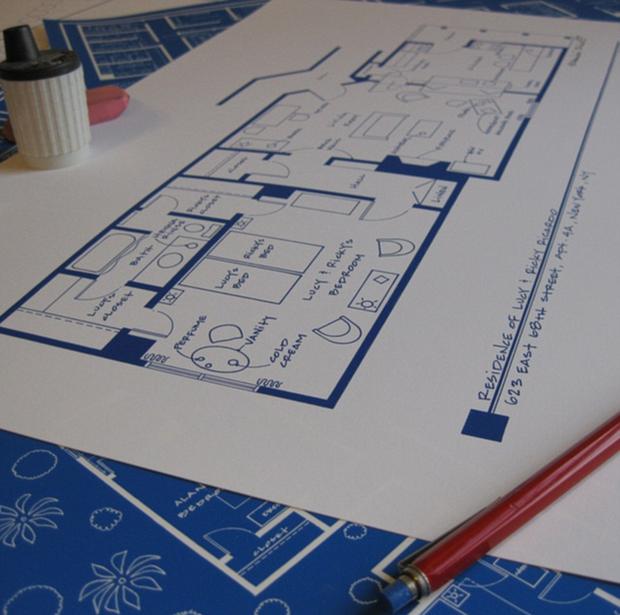 While Roberts creates her floor plans "from scratch using my imagination, my TV, and my trusty drafting table," Lizarralde, who lives in Spain, has a slightly more fanatical approach --- even crowd sourcing informationwhen he has questions about details.

We appreciate both artists' work, which gives loving detail and legitimacy to something we know is mostly smoke and mirrors (or plywood supports and beams) but lives on in our imaginations. 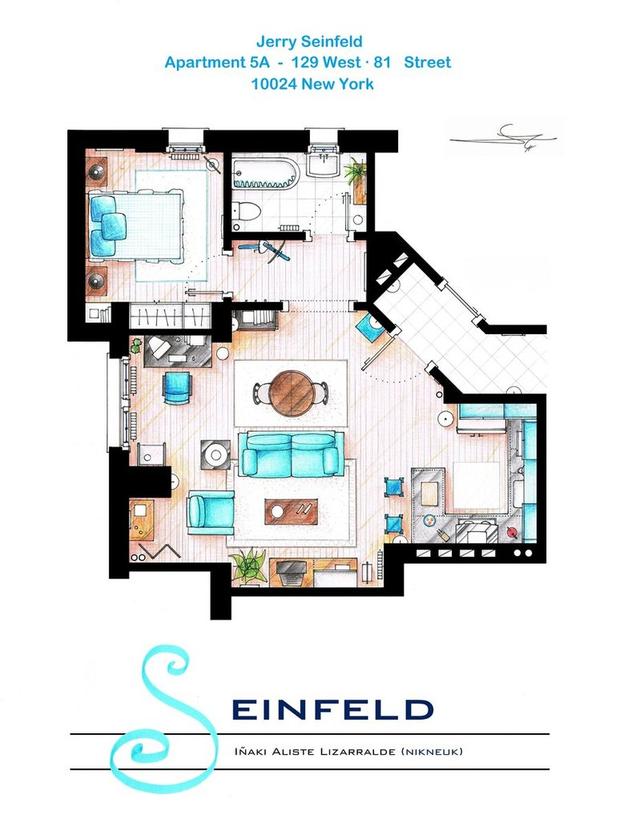 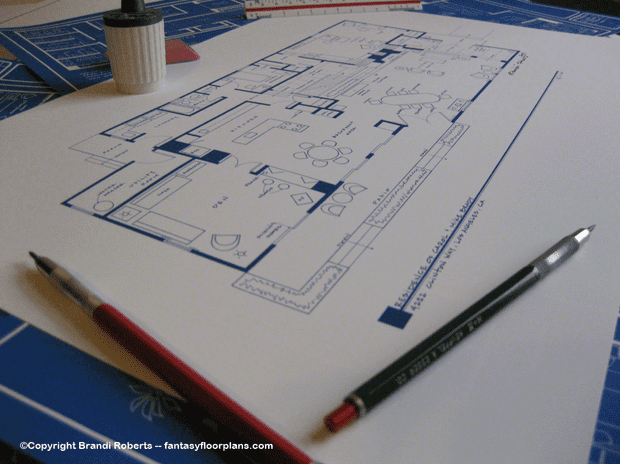 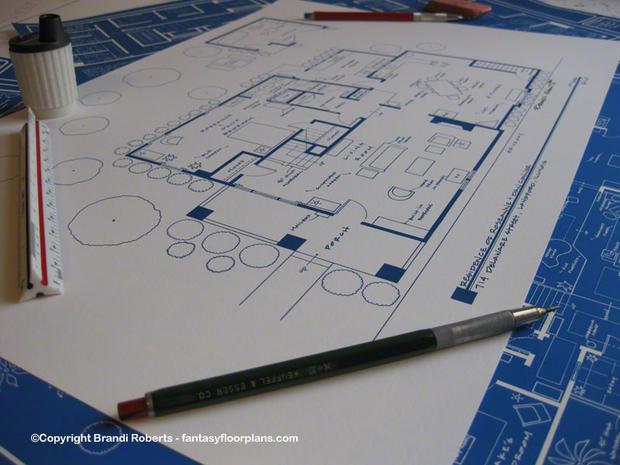