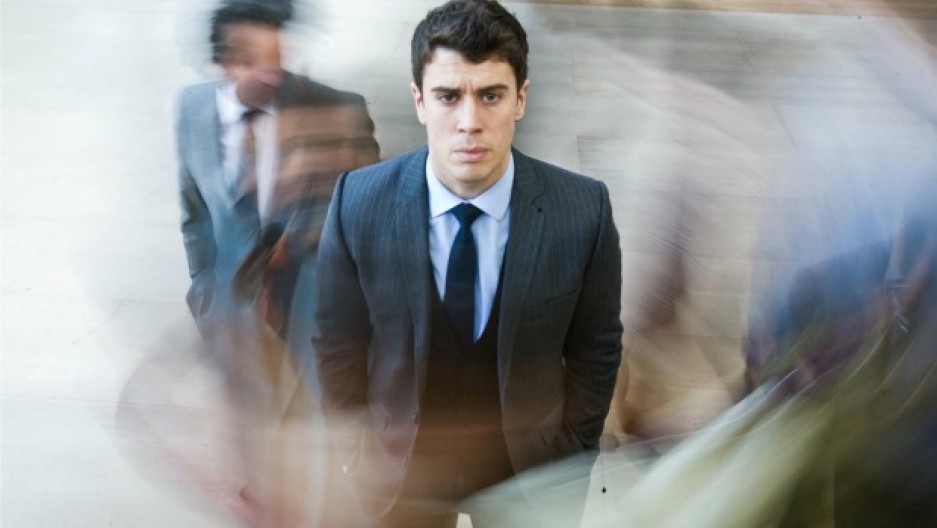 When the British television series Black Mirrorarrived on Netflix late last year, the internet went wild --- fitting for a show critics have called a Twilight Zone for the digital age. Black Mirror straddles sci-fi and realistic horror. Each stand-alone episode looks at how technology is warping our lives, and extrapolates it to fascinating extremes.

"I was always a fan of twist-in-the-tale, spooky, creepy, speculative fiction," says Charlie Brooker, the show's creator and main writer, tells Kurt Andersen. Previoulsy, Brooker was best known in the UK as a media critic and comedy writer. "And so the way that technology has marched in and upended everything over the last few years seemed like a good starting point for a bunch of what-if stories."

As in: Could you replace your deceased spouse with an avatar using their social media data?

If you could record every single thing you see and review it later, what would it do to your marriage?

What if a terrorist's ransom demand wasn't money, but the televisedhumiliation of a world leader?

That last scenario started in Brooker's mind as a comedy, and turned into tragedy the longer he worked on it. "There's a lack of control going on in this day and age. It's not quite clear who's in command," he says. The technology in Black Mirror is at once terrifying and seductive --- and exquisitely rendered on-screen. But Brooker insists tech is not the villain in these scenarios. Rather, "it's weak people using powerful tools" that leads, perhaps inevitably, to chaos.

Last week, the production company Endemol Shine North Americaconfirmedplans for a US version.But Brooker says he's ruled out adapting and reshooting the stories in the original series. Instead, the American episodes will tell new stories. "We would want it feel more like a continuation than a rebirth," he says. "We're an anthology, we reinvent ourselves week to week."