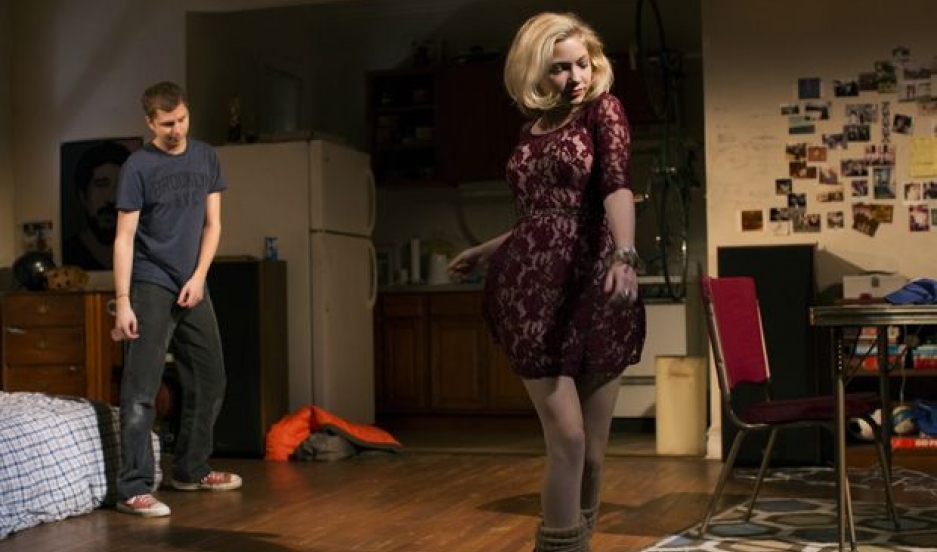 Michael Cera and Tavi Gevinson in "This Is Our Youth" at New York's Cort Theatre.

The 18-year-old actress and fashion blogger Tavi Gevinson started an online magazine three years ago as a safe place for teen girls curious about the wider world. Rookie now boasts tens of thousands of visitors each day.

Through Gevinson's connections, she's gotten everyone from comedian Stephen Colbert to singer Karen O to step up to their webcams for video features like "Ask A Grown" and "Why Can't I Be You?" They offer answers to burning questions that can plague young women, such as "do boys know when they're being rude? So why do they do it?"

While Gevinson hopes that Rookie readers find the site encouraging, she's reluctant to describe the site as empowering.

"I think people of my generation, especially young women, are used to a reductive sort of empowerment," she says. "And it's not like I think we should stop [saying] 'you're beautiful; love yourself'—but I guess at that age, when I was starting Rookie, I just wanted something that could be more nuanced, and was looking for something where you could be honest about feeling bad about yourself, or imperfect."

Gevinson hopes Rookie allows young women to express themselves — even when the message they're expressing contains more self-doubt than confidence.

Rookie has also become a platform for young women to talk honestly and safely about sex — a rarity on the internet. As Gevinson notes, many young women are taught the "your body is a temple" or "your virginity is a precious gift" narrative about sex.

"It's supposed to be this huge deal," Gevinson says. "And I'm not saying that it isn't for a lot of women — or just people. But for a lot of people, it's definitely not."

Since she started Rookie, Gevinson performed in films and most recently in Broadway's "This Is Our Youth," but her devotion to Rookie continues. "I started Rookie when I was 15 because it was something that I needed," she says.

"Rookie is very direct and very plainly exists to serve its readers ... it holds a lot for me personally," she explains. "I don't want to be selfish; I don't want to be possessive. I also don't want to irresponsible or put in the hands of people I don't trust. So I'm just trying to be as thoughtful as possible about what happens with Rookie next."

Join The Takeaway later Wednesday for an online Twitter chat on being a woman online. Get the details here.