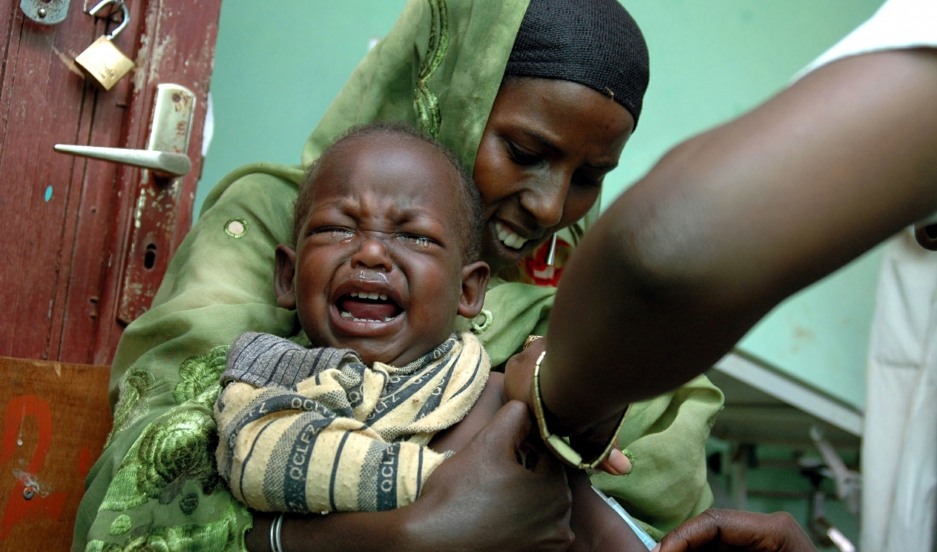 A young boy in Ethiopia cries as he gets a measles vaccination.

Normally Nigerian author Elnathan John is full of witty remarks and one-liners. But in an interview, he was dead serious about measles and Ebola.

On Twitter, John had lamented: "Our thoughts are with the measles-ravaged country America. I hope we are screening them before they come to Africa." His sentiment was retweeted or favorited more than 44,000 times.

In Wednesday's interview with PRI's The World, John explains: "I was trying to talk about the danger of one-dimensional narratives ... And how these narratives can reduce a whole continent like Africa to a footnote of war and disease."

As an example, he cites the news of the Ebola epidemic in Liberia, Sierra Leone and Guinea, which prompted some Americans to urge screenings of all US-bound Africans for Ebola. "West Africa was not a subcontinent ravaged by Ebola,'' John said. "We have three to five countries that had Ebola."

Google search statistics show more Americans have been searching measles rather than Ebola since the last third of January, though figures as of Feb. 1 show a much lower interest in measles than Ebola showed during the height of the US freak-out in October.