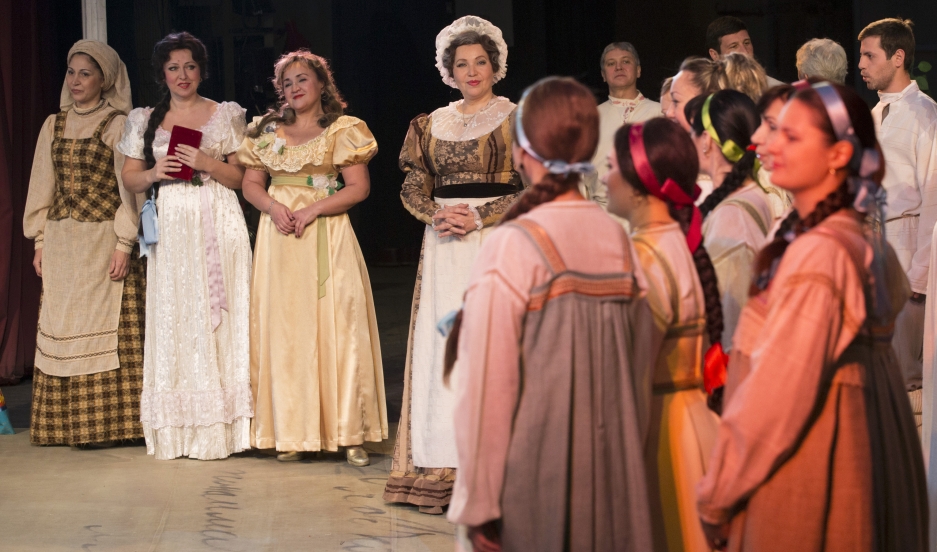 Amid the war in the eastern part of Ukraine, the Donetsk Opera Theatre has kept its doors open. The cast and crew want "the show to go on."

On the horizon, shelling and the signs of a humanitarian catastrophe. But at the Donetsk Opera House, the curtain still rises each weekend.

"They're doing the best they can," says The Guardian's Shaun Walker, describing the more than 300 people working at the majestic 74-year-old theater in the eastern Ukraine city once known more for coal mines and steel mills. "And for the audience, it's a sort of a rare way to get some light relief to see something beautiful and to forget for a few hours what's going on all around them."

Some of the cast and crew have had to leave the war-battered city, but those who remained still manage to draw in audiences for their latest production of Die Fledermaus composed by Johann Strauss II.

Among the opera-goers Walker saw at one performance: a handful of fighters accompanied by women dressed in evening gowns and heels.

The nearly 1,000-seat theater was a symbol of the city's wealth, as was the terminal at the Donetsk Sergei Prokofiev International Airport, built in 2012 and now in ruins.