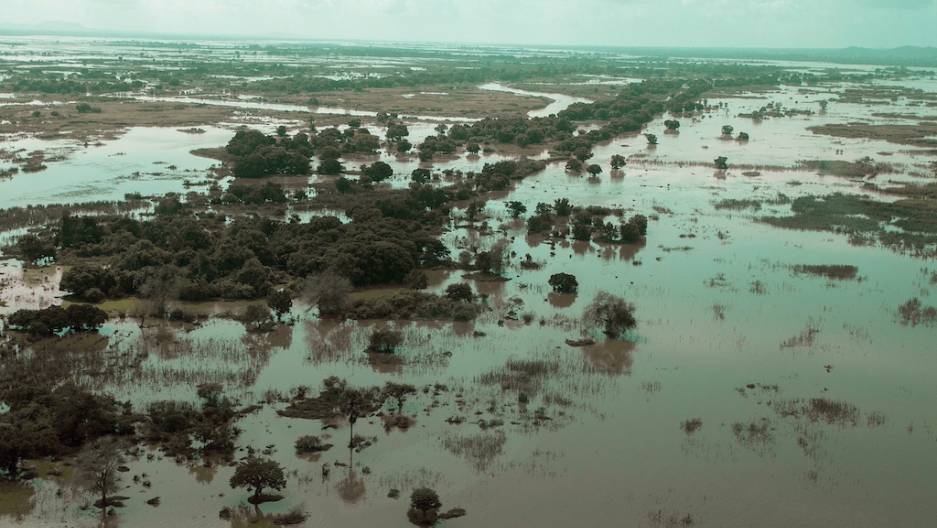 An aerial view taken on January 20, 2015 shows a flooded area is seen at Makhanga in Malawi's most southern district of Nsanje.
Credit: Amos Gumulira
Share

JOHANNESBURG, South Africa — Weeks after floods deluged a swath of southern Africa, the full extent of the devastation in hardest-hit areas of Mozambique and Malawi is only now becoming clear.

Mozambique’s National Institute of Disaster Management has raised the country’s death toll to 159 people, with 158,000 affected by torrential rains and flooding in the country’s central and northern regions.

Worst hit was Zambezia province, where 134 people were killed and 125,000 affected by the flooding that began in mid-January following heavy seasonal rains.

The floodwaters have destroyed roads linking Mozambique's north and south, and affected communications networks, making it difficult to get information.

The worst may be yet to come: an estimated 35,000 hectares of crops were wiped out, mainly maize, rice and beans. Around 80 percent of Mozambique's population depends on agriculture, which last year contributed nearly 30 percent to the country's GDP.

Neighboring Malawi is also recovering from severe flooding, which washed away crops and livestock, and destroyed infrastructure. While estimates vary, the latest government figures say that 153 people are missing, 79 confirmed dead and 174,000 displaced.

As of Tuesday, an estimated 638,000 people countrywide have been affected by the floods.

Helicopters have been deployed by Malawi’s army, as well as by the South African military, to rescue victims stranded in areas of the country still under water.

Heavy rain warnings are continuing this week for both Mozambique and Malawi, raising fears of more flooding ahead.

The report warned that congested living conditions, poor sanitation and stagnating water poses a risk of outbreaks of communicable diseases such as cholera and malaria.