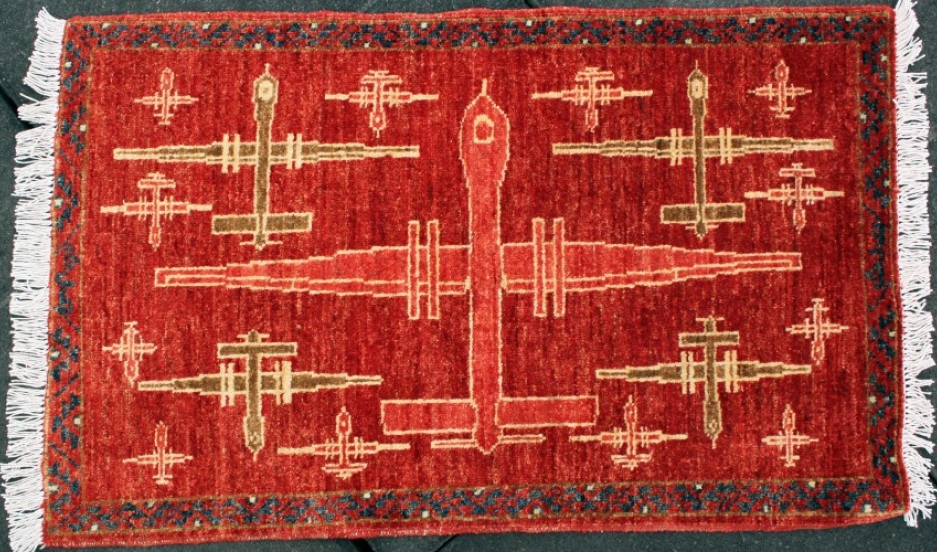 Predator drones featured on a hand-woven rug from Pakistan.

"[It was] at a wealthy Italian jeweler's house. ... On the floor was this carpet that had [a] traditional border ... and then the field was full of tanks and helicopters, grenades and rifles," he recalls.

Sudeith was amazed by the designs. "I had never seen anything like it," he says. "That combination of something so traditional as a Persian carpet coupled with super contemporary imagery was amazing to me." 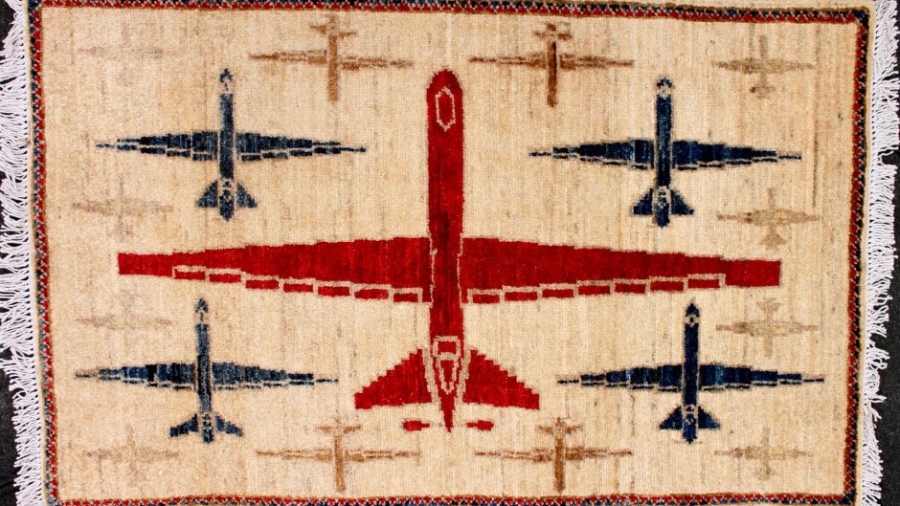 Reaper drones appear on this rug which was hand-woven in Pakistan.

Sudeith was so interested that he started collecting war rugs himself. Over the years, he's seen design that evoke many conflicts. In the 1980s, as mujahideen guerillas fought the Soviets, weavers embraced patterns with planes, tanks, rifles and grenades on them.

And recently, Sudeith came across three rugs featuring weapons he hadn't seen before: drones. These are hand-woven rugs, made in Pakistan out of wool and dyed with vegetable colors.

Sudeith has never met the weavers of these rugs, but he believes the new theme is a reaction to widespread fury in Pakistan over American drone strikes. And he hopes to one day be able to visit the weavers, whom he believes are mostly women.

"I want to know what motivates them to combine their contemporary life with their ancient patterns and traditions," he says. For rug aficionados like him, meeting them is "the brass ring" of their hobby.