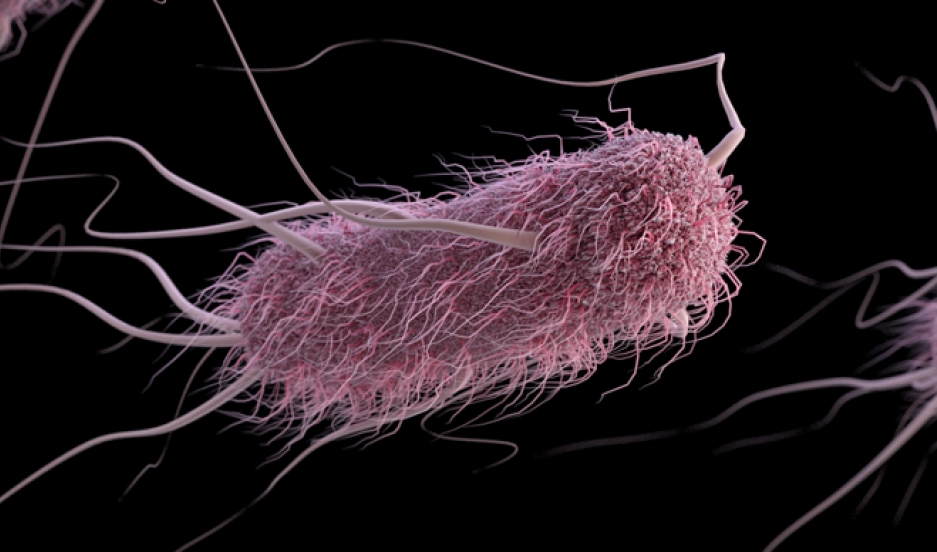 Genetic engineers have designed strains of E. coli bacteria that can survive only in the presence of a synthetic amino acid that does not exist in the natural environment — meaning that if these bacteria escape the lab, they should, in theory, eventually die.

“Amino acids are the essential building blocks that all proteins are made of in all forms of life,” explains Dan Mandell, a research fellow in genetics at Harvard Medical school in Boston and co-author on a study about the work in the journal Nature.

“Because our amino acid is synthetic, meaning it must be manufactured in the lab, our organisms can't find it in the wild. So we can control where the organism will grow by adding or removing the synthetic amino acid from the organism’s food source," he says.

Modified bacteria and other organisms are already used to produce things like commodity chemicals and medicines, but this is the first one with a built-in ‘kill switch’ designed to keep it under control outside the laboratory.

If the organisms were deployed in the environment to clean up toxic compounds, for example oil spills, "they would do their job and then die, so we don't have to worry about them escaping into places we don't want them to go,” Mandell explains.

The research was funded by the Department of Energy. Mandell says the agency is interested in finding ways to use microbes to produce energy and help limit our dependence on fossil fuels. He can imagine, for example, “a reservoir of photosynthetic E. coli that's helping to produce energy.” These E. coli couldn't be allowed to escape into the environment, so having a “safety switch” makes that a less fearful thought.

But how foolproof is this mechanism? Will the built-in safeguards convince people who are skeptical of genetic engineering that these organisms are truly safe?

David Guston, a professor of politics and global studies at Arizona State University in Tempe and co-director of the Consortium for Science Policy and Outcomes, says it is a “really important advance for synthetic biology [that] has extended the ability of scientists to do things around biological containment.”

This kind of innovation “can go a long way in producing confidence not just among scientists who created it, but in their colleagues and in policymakers and the public alike,” he says. Guston. however, does not see it as “the silver bullet for creating vast public confidence around genetic modification and the full agenda of synthetic biology.”

The controversy around synthetic DNA and other types of genetic modification is not wholly driven by fear of biological catastrophe, according to Guston. “This technique sort of doubles down on saying that the relationship between human beings and the natural environment should be one of instrumentalization, and I don’t think that’s a feeling based on fear,” he says. “It’s based on a larger worldview that people may or may not share.”

Mandell agrees these are legitimate concerns, but says scientists are aware of the need to address them. One idea, he suggests, is to deploy only synthetic amino acids that can be degraded or destabilized in various ways — for example, ones that are sensitive to UV light and would be unable to persist in the natural environment.

With regards to the ethical arguments about technologies like this, Mandell says he wouldn't try to tell people how they should feel when they hear words like artificial, synthetic or natural, but suggests that "we be careful how broad a stroke we paint when talking about these issues."

“There are, of course, plenty of natural organisms and chemicals that can hurt us and plenty of synthetic ones that can help us or even save our lives. The synthetic insulin that millions of diabetics around the world depend on was produced using genetically modified microbes,” he points out.