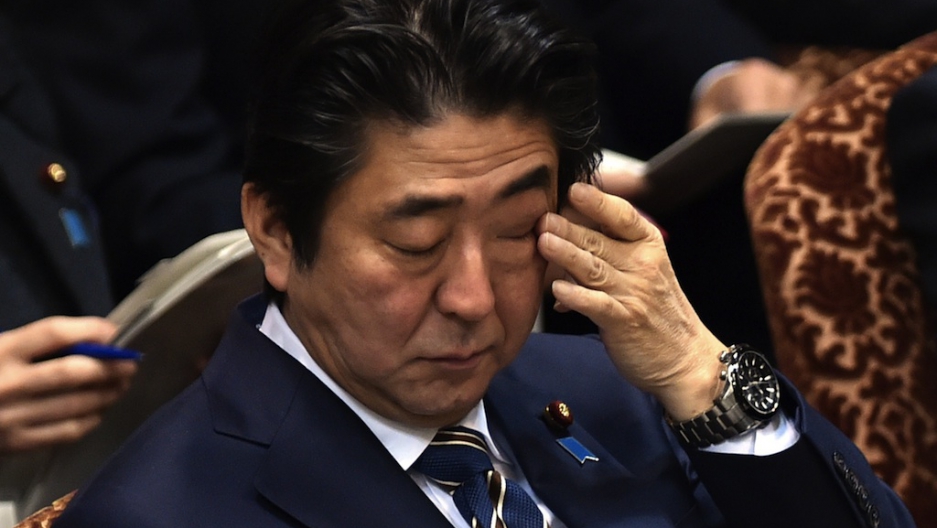 Japanese Prime Minister Shinzo Abe on Feb. 2, 2015, one day after a Japanese hostage was killed by the Islamic State group.
Share

If confirmed, Goto would be the second victim during the 19-day crisis, following the probable killing last week of Haruna Yukawa, an adventurer and traveler.

The hostage takers had initially demanded a $200 million ransom, a reaction to Prime Minister Shinzo Abe’s pledge on January 17 to dole out $200 million in humanitarian aid to nations fighting the militant group.

But on January 24, the Islamic State put a new offer on the table: If Jordan released an attempted suicide bomber imprisoned in that country, Goto’s life would be spared.

In Japan, the tragedy is quickly emerging as a test of mettle for a country that has enjoyed decades of relative peace, with no standing army and a constitution that bars warfare as a means of settling disputes.

Japan has been a distant player in the efforts against Middle Eastern terrorism, with popular sentiment tending towards caution in far-off military campaigns. Many Japanese don’t want to risk revenge attacks or violence akin to the Charlie Hebdo killings in France or 9/11 in America.

But some pundits and policymakers believe that the latest debacle has revealed that the island nation no longer enjoys a safe level of isolation, and that Islamic extremists no longer see a distinction between the West and Japan.

As a result, Japanese op-eds published during the crisis have called for a stronger role in global affairs, and for greater powers to be vested in the National Self-Defense Forces, the country’s de facto army.

The Islamic State, in other words, is aiding the large and increasingly vocal segment of Japan’s population — including the prime minister himself — that wants a more robust military

The conservative Yomiuri newspaper, for one, urged the government to boldly join the US-led coalition against ISIS, forgoing any expectation that Japan should stay on the sidelines. Others bemoaned that Tokyo was caught in a knotty situation without the tools for a swift and successful response, forced to lean on Jordan to negotiate on its behalf.

For his part, the prime minister responded with an unusually strong statement, pledging greater humanitarian aid, a stronger role in global affairs, and fierce punishment for the Islamic State.

“Japan will never give into terrorism,” he said on Sunday. “Japan will steadfastly its responsibility in the international community combating terrorism.”

In other words, this could be a breaking point in what’s been an ongoing build-up.

Since taking office in 2012, Abe, a conservative, has been pushing for more brawn and pragmatism in Japanese foreign policy, including a reinterpretation of the constitution and a stronger role for its National Self-Defense Force.

Global geopolitics has undergone a dramatic shift, his supporters argue, and Japan needs to think outside of traditional interpretations of its constitution, which was written by American advisors in the late 1940s, after its surrender in World War II.

Since Abe took office, Japan has been attempting to cope with Chinese aggression, including aircraft flyovers, around a chain of disputed islands called Senkaku in Japanese and Diaoyu in Chinese.

The hostage crisis is merely the latest, and perhaps the most riveting, of events during the Abe administration.
The prime minister has already been acting on some of his promises. Last summer, he controversially amended the official interpretation of the pacifist constitution, allowing Japan to assist allies if they’re attacked.

Call it step one.

Previously, the administration was considering a complete repeal of article 9 of the constitution, which bans an army with war potential. But since it would require enormous political backing and a national referendum, the talk hasn’t come to fruition.

The Japanese public, for the most part, continues to favor a pacifist approach, meaning it’s unclear how far the latest push will go. Other analysts point to the possibility that the hostage crisis could prompt Japan to retreat from the Middle East, thanks to that same public sentiment.