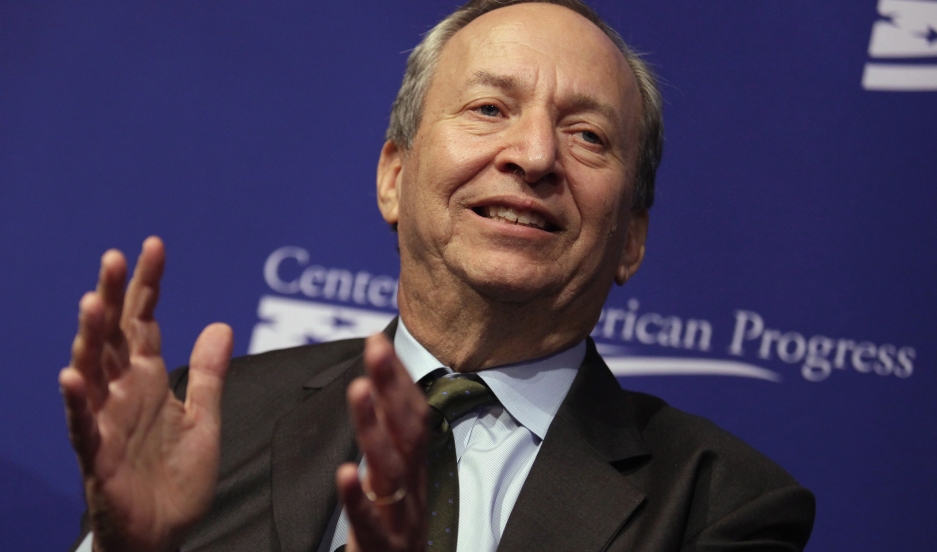 Lawrence Summers, former US treasury secretary and Harvard president, ignited a firestorm on gender issues a decade ago this month. The author of a new book says society hasn't moved to embrace women into the sciences, 10 years after Summers questioned women's aptitude in those fields.

Ten years ago, Larry Summers made a few off-the-record remarks.

It was at the most benign of settings: a National Bureau of Economic Research conference. But amid a sea of black and gray suits, Summers put forth some ideas about why so few women hold elite professorships in science and math — ideas that sparked a national controversy. One possibility, he said, is that women don't want to devote the same kind of time to demanding jobs as male colleagues. Or it could be natural aptitude — men may just be more genetically predisposed to be geniuses.

Eileen Pollack remembers the moment well. "I've known Larry since I was a teenager. He was a college debater and I was a high school debater, so he often judged our team. ... When he made those remarks, I was actually very surprised because, to tell the truth, I've always thought of Larry as one of the men I know who before anybody else really was championing women in fields where they weren't usually seen."

Pollack quickly took action: "I actually sat down to write a Larry an email, explaining to him that it was not because of a lack of genetic talent at the highest end of the spectrum among women compared to men. And I started trying to explain to him my own reasons for leaving this field that I had loved more than anything. The email grew to so many pages I realized that what I really wanted to do was write a book."

Pollack, now a professor of creative writing at the University of Michigan and author of the forthcoming book, "The Only Woman in the Room: Why Science Is Still a Boys' Club," obtained her undergrad degree in physics from Yale — but didn't stay in the sciences. "I got the degree and then I walked away from the profession and became a writer, even though the thing I wanted most to do in the world was be a theoretical physicist," she explains.

She set out to research why other women had similar issues, and why things haven't changed much since the 1970s.

Some of what Pollack discovered shouldn't be surprising: Women often lack encouragement. "A lot of scientists say, 'Well, we don't encourage anybody, male or female, to go on in the field because it's so difficult," she says. "But what they don't understand is that the entire society is encouraging men to go on in science, and discouraging women."

As to genetic predisposition and work ethic, Pollack found many flaws in Summers' original hypotheses. It's hard to quantify genius, she points out, but there are plenty of countries where girls do just as well as boys on tests; even in the US, there are plenty of smart female scientists in certain fields, like biology; and, she argues, women work just as hard as men, if not harder.

"Often the women who leave the field say, 'I don't want to work this hard, I'd rather stay home with my kids,' when in fact, life's been made so much more difficult and unpleasant for them than the men in the same field that it's not clear that they even know why they're leaving," Pollack says. "I like to say as an analogy that if a man and woman are on treadmills next to each other in the gym, and they think that the treadmills are at the same setting, and the woman finds herself huffing and puffing more, what she doesn't know is that her treadmill is set at a slightly higher incline."

Now, after years of research, Pollack's book is on the way — featuring a response by Larry Summers himself, whom Pollack says has been very supportive: "In a strange way, Larry may have done a service to women in science by raising these questions, and getting so many women so angry that they went out and did the studies."

This story was adapted from an interview for PRI's Innovation Hub with Kara Miller.