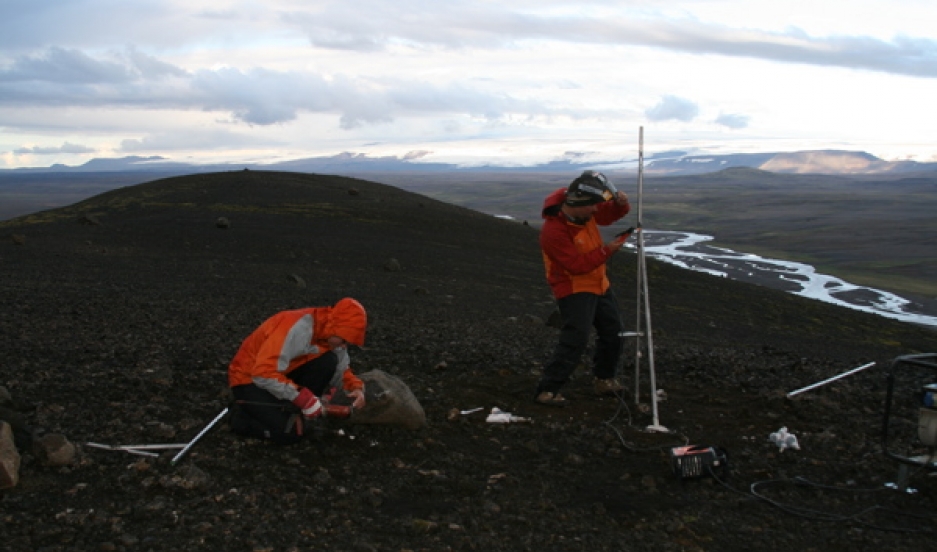 What happens when massice ice caps melt? In Iceland's case, the ground rises up.

It'snot something you'd notice walking around but a team of geoscientists has detected evidence that Iceland is literally rising in some places at a rate of more than one inch per year.

How is that possible? Think of a trampoline. "The weight of that person is going to make the trampoline sag beneath them," explains Kathleen Compton, a graduate student in the Department of Geosciences at the University of Arizona. "If they hop off, the trampoline regains its shape. It's a similar phenomenon going on with the Earth. The weight of the ice is so much that it makes the surface of the Earth sag."

But now that ice sheets are melting, the crust of the Earth is rebounding and taking Iceland up with it. And Compton says the Arizona-led researchers, who also include Icelandic geoscientists Richard Bennet and Sigrun Hreinsdottir, are seeing "accelerated uplift." 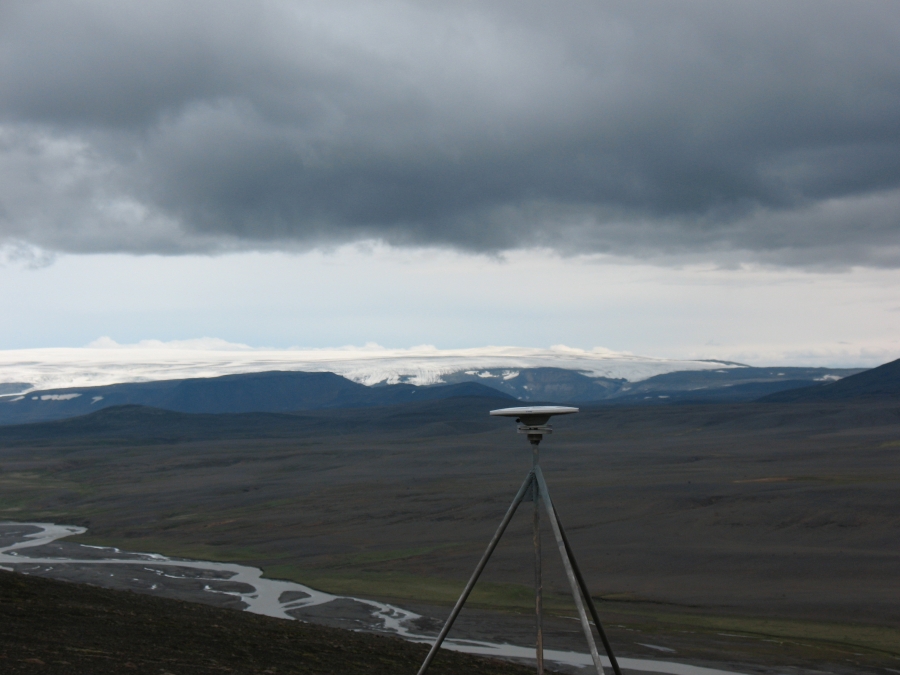 A GPS receiver is part of Iceland's network of 62 such receivers that geoscientists are using to detect movements of the Icelandic crust. Langjokull glacier is seen the background.

The team takes measurements using 62 GPS sensors across Iceland, which communicate the data via satellite back to researchers. In southern Iceland, the scientists were surprised to observe the bedrock moving upward as much as 35 millimeters, or 1.4 inches, per year.

That's not enough to notice if you're out hiking around Icelandic glaciers. But on the geological scale, an inch a year is extremely fast.

The team is hoping the GPS data coming from Iceland will allow better insight into the different ways the ice caps are melting.

"Are there places on the ice cap that are melting faster than other parts?" Compton asks. "Can we use GPS to better understand the dynamics of how ice is melting across each of these icesheets?" Thanks to their research, answers may be coming.